Our image is our identity. We use it in social media to signal our beliefs and values.

We proudly post when we act. Our videos and photos say “we were here and this is what we believe”.

But imagine if your image was hijacked and swapped into videos of events you condemn. Perhaps you are an antiracist, imagine seeing yourself taking part in a white nationalist rally. Or maybe you are a Trump skeptic – how shocked would you be to see yourself storming the Capitol? Right now, this kind of AI-enhanced synthetic media creation is still complicated. But the technology allowing anyone with a computer or mobile device to perform these sorts of sophisticated manipulations is just around the corner. In a social and technological ecosystem of increasing mis- and disinformation, Unstable Evidence hints at what the world might look like when the documentation of your own actions becomes so easily manipulated. 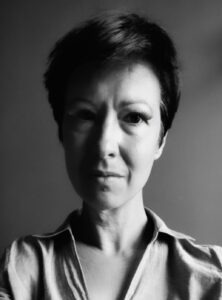 Francesca Panetta is an Emmy award-winning immersive director. She has pioneered new forms of documentary and journalism leading teams in newsrooms and universities harnessing emerging technologies for social impact. She is currently Curator of Sheffield DocFest’s Alternate Realities, and before that she was a Creative Director at MIT and Executive Editor at the Guardian for over a decade pioneering new forms of journalism, including setting up and running the in-house virtual reality studio. Her works have won critical acclaim touring the White House, Tribeca, Cannes, Sundance, and more. She was a 2019 Nieman Fellow at Harvard University. 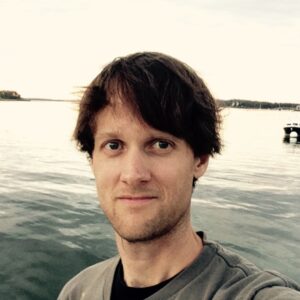 Halsey Burgund is a media artist and Emmy-winning interactive director whose work focuses on the combination of modern technologies – from mobile phones to artificial intelligence – with fundamentally human “technologies”, primarily language, music and the spoken voice. He is the creator of Roundware, the open source contributory audio AR platform, which has been used to create art and educational installations for cultural organizations internationally. Halsey was a Smithsonian Artist Research Fellow, a Research Affiliate at the MIT Media Lab and is currently a fellow at the MIT Open Documentary Lab and an affiliate in Harvard’s metaLAB. 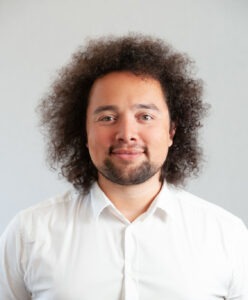 Magnus has done editorial development for the last seven years in the biggest Danish newsrooms. Most recently at TV 2 Denmark where his team has won numerous awards for digital journalism, including honors from the Society for News Design Scandinavia and the from the Association of Danish Media for the best digital story of the year. He has lead major projects as the digital election coverage at TV 2 and is the president of the Danish Online News Association. He was a Knight Science Journalism Fellow at MIT in 2018.
Format
VR, XR, Interactive, Cross-media, Installation
Country
United Kingdom, United States, Denmark