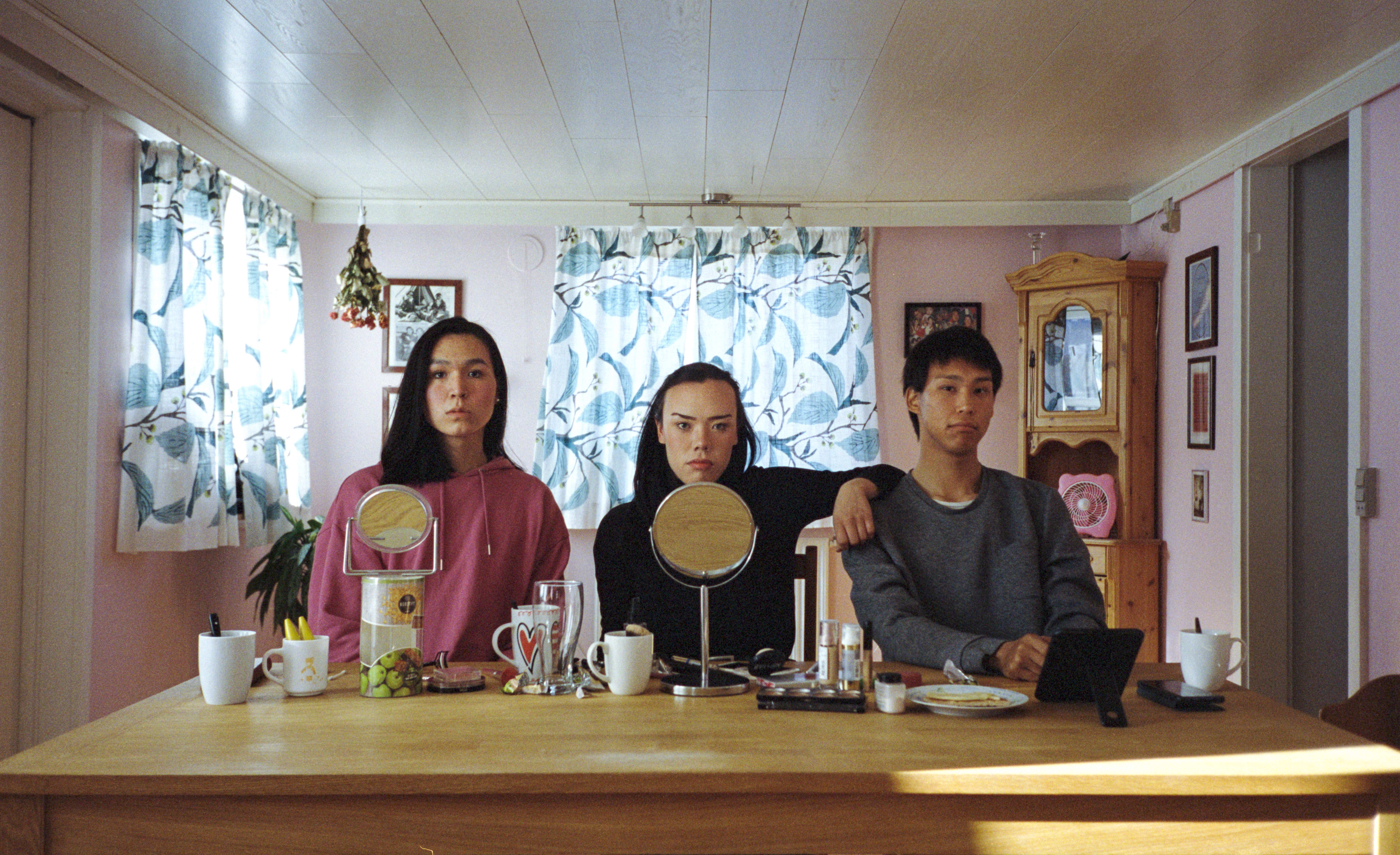 TSUMU – WHERE DO YOU GO WITH YOUR DREAMS?

Lars, Eino and Thomas are fighting for a better future for themselves and their friends in Tasiilaq in eastern Greenland. A youth film about hope, dreams and the right to be yourself in turbulent times.

The three 19-year-old friends Lars, Eino and Thomas grew up together in Tasiilaq, the largest town in eastern Greenland. Now the three young men face a dilemma: should they stay or should they go? If they stay, they will have to give up many of the dreams they carry. And if they leave home in Tasiilaq and move out, it will have major consequences for their friends and family who remain behind. But Lars, Eino and Thomas are not the only ones who have to make this difficult decision. Many of Greenland’s young people find themselves in the midst of a turbulent period marked by a break between old traditions and the new opportunities that the internet in particular has brought. ‘Tsumu – Where Do You Go With Your Dreams?’ is partly shot by the young people themselves on their own smartphones, and in a powerful collage of individual expressions it sweeps aside old notions of gender and identity with a confident bang.

March 30: At the screening at Charlottenborg 21.15 there will be a pop culture panel discussion about being young today in vulnerable areas, such as in outlying Greenland and in Denmark, and having the courage to follow your dreams. The panel will consist of protagonist Eino, performance artist Esben Weile Kjær and designer Frederik Taus. Moderator: Politikens Poptillæg. NB. This event will be in Danish. Read more about the event here.