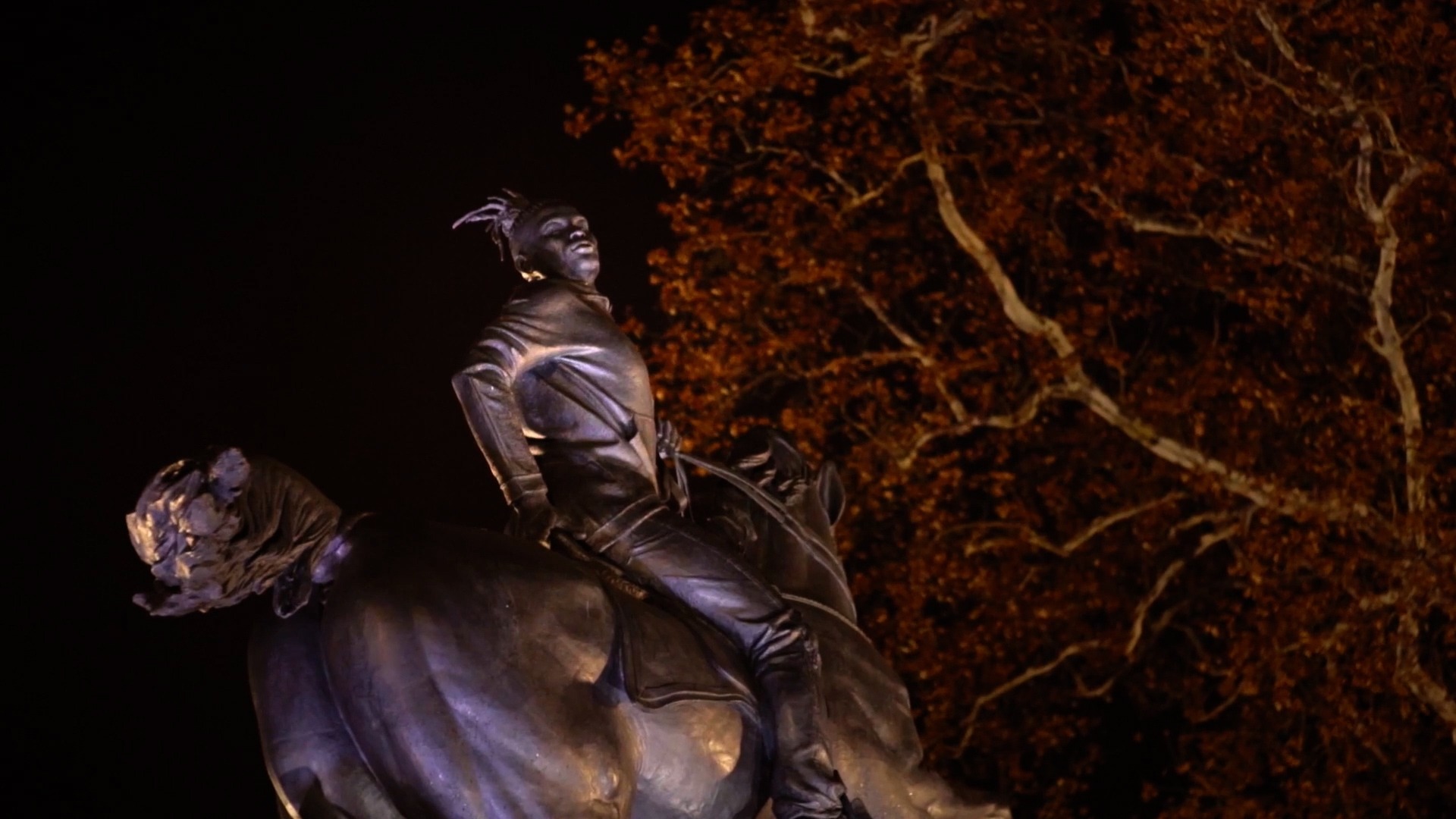 Dethroned statues and monuments painted over with graffiti. Comedian CJ Hunt travels to New Orleans, where the debate over history rages. Entertaining and topical, but with depth and shadows.

Dethroned statues and monuments painted over with graffiti. Symptoms of a battle for history that is raging everywhere right now. Self-taught comedian CJ Hunt (‘The Daily Show’) travels to New Orleans, where the city government decided in 2015 to remove four statues from public spaces, only to be met with huge protests. Hunt’s (self-)ironic excess, open mind and his own background as the child of a black father and a white mother make his film both a genuinely funny and deeply serious examination of cultural polarisation. But as it progresses, the shadows grow longer. Meanwhile, Trump shamelessly breathes fire, and his most extreme supporters become increasingly radical.

March 28: The Youth Editorial will show ‘The Neutral Ground’ in Aveny T’s brand new Væksthus. Come and join them as they tell us more about their 2022-programme, and their work as an editorial team.

April 2: After the film you can meet artist Jeannette Ehlers, archaeologist Amalie Skovmøller and art historian Mathias Danbolt, when we debate the place of colonialists in the public space. Moderator: Adrian Hughes, journalist, DR. Read more about the event here.