Four furious years in one of Naples’ toughest neighbourhoods, where all three generations of a single family live on the edge of the law. Can the family’s youngest son break the dark legacy?

Entoni is 10 years old and lives every day as if it were his last. That’s the way it’s been done for generations in his family, and that’s the way they roll in the Spanish quarter of Naples where he lives. Here he hangs out on the street every day with his best friend Dylan, riding scooters, setting things on fire and picking up girls. Meanwhile, his grandmother Dora stands on her balcony with a cigarette in her mouth, watching her grandson with concern. A former criminal, she fears he is copying the pattern she started and which Entoni’s imprisoned father has carried on. And with a new Italian law allowing the forcible removal of children if they or their parents are part of organised crime, her concerns suddenly become even more relevant. There’s a furious energy and raw power to Victoria Fiore’s uniquely stylish and omnipresent debut feature, which follows Entoni and his family over four years. But is Entoni really doomed to repeat the legacy of his criminal family?

Watch ‘Hide and Seek’ on DOX:ONLINE

Meet the director at the premiere March 29 at Grand Teatret and on March 31 at Empire Bio.

The screening is presented in collaboration with The Italian Cultural Institute. 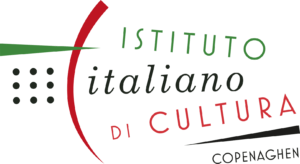