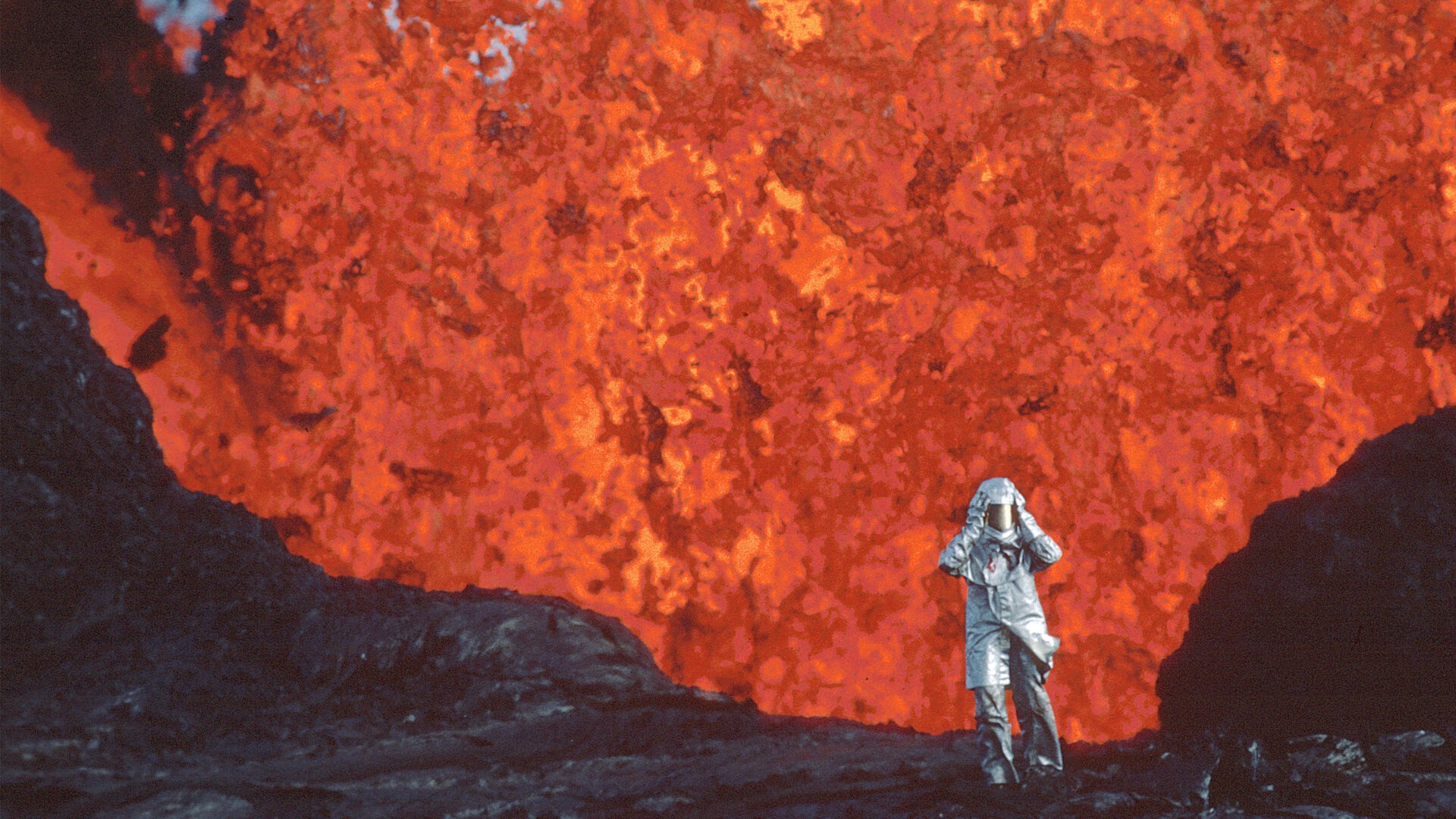 A unique, poetic and visually stunning adventure film about a French scientist couple, cut entirely with their own footage from Earth travels in search of erupting volcanoes in the 1970s and 80s.

Thick, red-hot lava pours over the burnt-out black rock in thick streams, while a volcano spews a massive wall of fire twenty metres into the air. In the foreground, a person in a space suit stands in front, enjoying the view. For two decades, intrepid French volcanologists Katia and Maurice Krafft travelled the world studying the mysteries of the Earth, seeking out volcanic eruptions and ash clouds. Work and adventure were one and the same for this charming and deeply sympathetic couple, whose love for each other was matched only by their shared curiosity about the Earth’s interior. Fortunately, they filmed all their travels, and their incredible personal archive of analog 16mm film reels is a compelling testimony to a life dedicated to exploration. Made entirely from their own footage, letters and notes, Sara Dosa’s film is about as far from a traditional portrait as you can get. ‘Fire of Love’ is poetic, extrovert film art with the exuberance of a French new wave film, and with some of the most beautiful – and tragic – moments you could imagine seeing on film.

Watch ‘Fire of Love’ on DOX:ONLINE

March 26: Meet the director at the premiere at Grand Teatret.

March 30th is a BabyBio-event, where there will parents with their babies present. You are also welcome without a baby, but the lighting will be dimmed and crying (not because of the wonderful film) may occur!

March 26: Directors Sara Dosa and Lars Ostenfeld (Into the Ice) discuss the making of two very different science films, an emotional character-driven film about fire and an observational film about ice. Read more about the event here.