THE PATHOGEN OF WAR

Iraqi physician turned medical anthropologist Dr Omar Dewachi explores how decades of conflict are directly linked to the evolution and spread of a deadly bacteria to ask: if war is a key driver of disease, can we end all wars to save our health?

Medicine and war are entangled. Conflict and new weapons create conditions for the spread of disease and injuries driving medical innovations that last beyond specific conflicts. Antibiotics were invented in times of war (penicillin was invented in WWII), yet today, wars and long-term military conflicts are driving an era of the end of antibiotics. The journey Dr Dewachi takes us on will be woven with the latest analytical modelling techniques, archive material from Iraq, ‘microscopic’ cinema and AR in an installation to will allow us to forensically and poetically explore this bacteria, visualise the relationships between people and their environment, to see the unseeable effects of war and how their lethality can extend decades past their supposed end date. 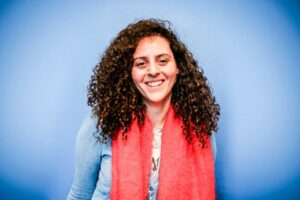 Yasmin Fedda’s most recent work Ayouni, on forcible disappearance in Syria, premiered at CPHDox (2020). Her titles include Queens of Syria, Steal from the Capitalists and Breadmakers. Her work has screened international festivals including at Sundance, Carthage, & Edinburgh, and won many awards including Best Film and Best Director awards, and been Bafta nominated. Her work has been broadcast on BBC and Al Jazeera English and screened at cinemas and galleries. Yasmin is also a film educator and lecturer. 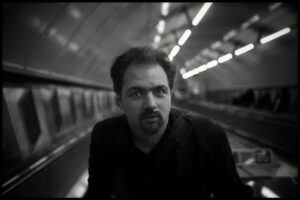 Dan Davies is an executive producer whose work has been broadcast on the BBC, Channel 4, ITV1, Al Jazeera English & PBS. He has created and overseen documentary series including Rebel Architecture, Rebel Geeks, The New African Photography and Europe’s Forbidden Colony (2x 50’), and produced investigations for Al Jazeera’s People and Power series and BBC1s flagship Panorama strand. As a playwright with work performed on BBC Radio 4, Resonance FM, as well as at theatres including Britain’s National Theatre Studio and The Arcola, he also has experience of devising artistic work that takes the audience on an immersive and interactive journey.