‘Symbiotica’ takes place in an online interactive Virtual Reality Hub and through a series of  Augmented Reality filters, that allow participants to embody different microorganisms and discover the message that lichen – a collective entity made of many species – has for humanity.

‘Symbiotica’ takes place in an online interactive Virtual Reality Hub and through a series of  Augmented Reality filters, that allow participants to embody different microorganisms and discover the message that lichen – a collective entity made of many species – has for humanity.

Soredia, the “seed” of the lichen, guides you through the Hub, telling you about pioneering organisms, ecological succession and the importance of balance within ourselves and the environments we inhabit. The journey takes you to the insides of the Crustose Lichen, where meditational spaces invite you to sing along to the symbiosis; harmonizing and activating your energies and encouraging cooperation.

Crustose Lichen disintegrates the rock where it lives, transforming it into fertile soil where other beings can flourish. By the end of the journey, Soredia recites the idea of collaboration to reconstruct the ecosocial tissue, asking participants to use the AR Instagram Filters, so more people can engage and spread the message of Symbiosis.

‘Symbiotica’ will be launched on April 24, 4 p.m CET with a live concert by artist Ana Rosa Ibañez, key collaborator and vocalist of ‘Symbiotica’, inside Mozilla Hubs presented by the co-creators.

‘Symbiotica’ is a work to be experienced collectively, where the audience can meet new people in a virtual space and have a social moment with friends.

More information about how to book tickets here. 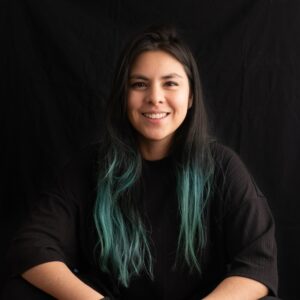 Media artist and interactive storyteller. Her work expands from documentary filmmaking, interactive installations, virtual reality and AR apps. Natalia has a Bachelor in Film Production from Universidad de Chile and Masters in Media Arts from the Interactive Telecommunications Program at NYU. 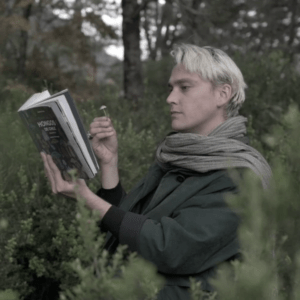 Designer and curator. Since 2016 he has been directing and curating Museo del Hongo, which has allowed him to showcase his work at Ars Electronica, Telluride Mushroom Festival, Berlin Science Week, Bienal de Artes Mediales de Santiago, amongst other scientific and artistic contexts.

Sebastián González Vildoso, is an Executive Producer, Art Manager and LGBTQ activist. He is Founder and Executive Producer of MALTRATO Films, a production company focused on the production of collaborative audiovisual pieces, crafted by a sorority of artists and technicians. Now working on our new feature films, and distributing the interactive and immersive piece Hypha, a VR installation created by the international alliance between scientists, artists and technicians.