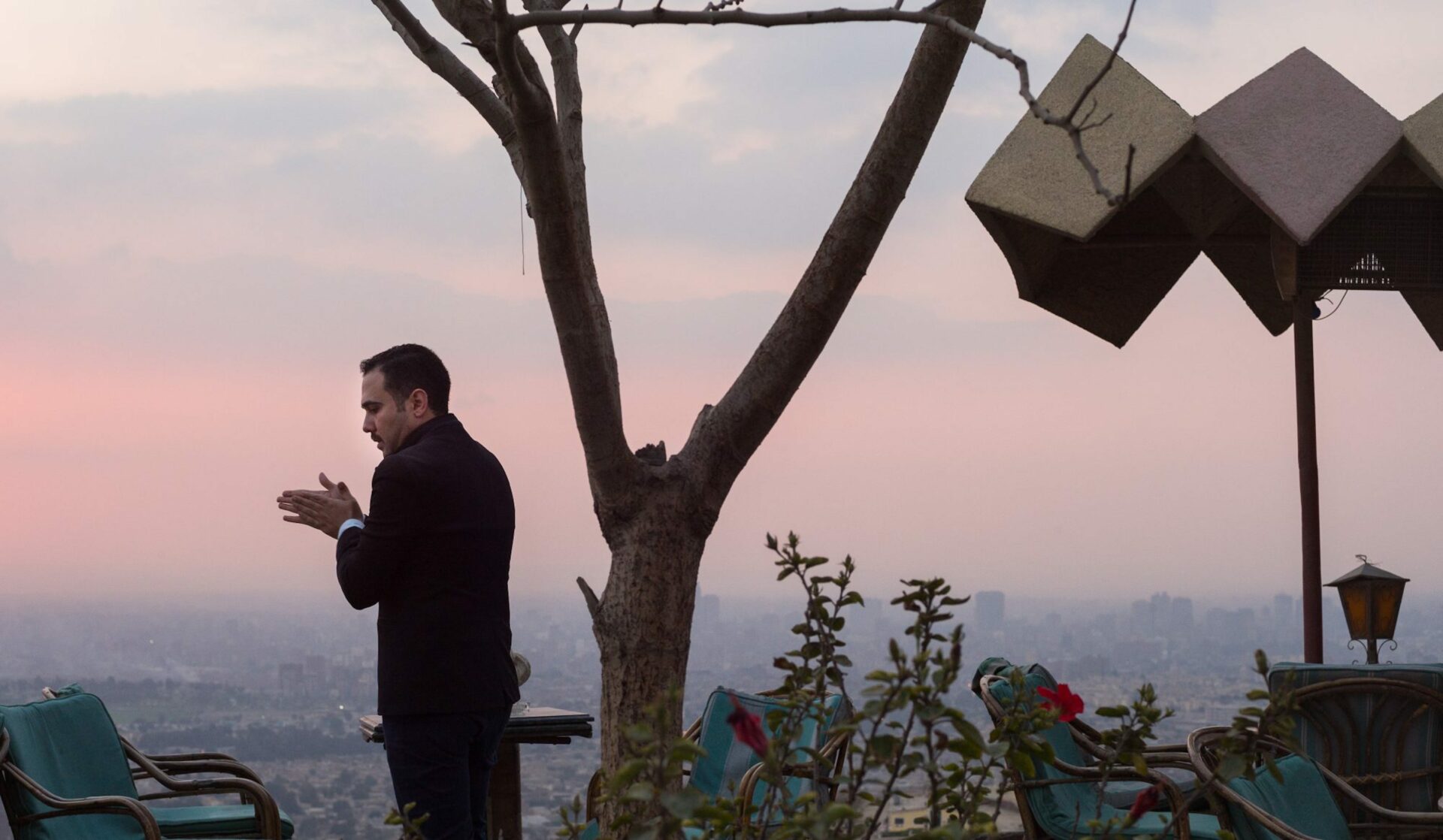 When novelist Ahmed gets out of jail, he decides to leave Egypt. In his latest novel, disenchanted revolutionary Farah also flees. But when Ahmed arrives in the U.S., and Farah arrives in a futurist city-state, real and fictional dystopias collide.

A Kafka-esque obscenity trial in Cairo lands novelist Ahmed Naji in prison, after a judge concludes that Ahmed’s most recent dystopian novel does not, in fact, qualify as art. After ten months in the notorious Tora prison, Ahmed is released, but under threat of further reprisal, he flees to the strange U.S. desert city of Las Vegas. There, he finds himself in a state of limbo as his applications for a permanent visa keep getting mired in an anti-immigrant bureaucratic purgatory. Life in exile isn’t easy for Ahmed and his young family, stuck in an absurd city full of lights and noise in Trump’s America.

Seeking a distraction from it all, Ahmed becomes obsessed with the city of “X”, a $500 billion mega-project currently under construction in the Middle East in collaboration with large U.S. tech companies. Set to be completed in 2030, the goal of the project is stranger than fiction: an elite city-state where robots outnumber humans, weather modification is the norm, and DNA is routinely collected from all inhabitants.

Inspired, Ahmed starts writing a new novel. A psychological thriller that takes place in 2035, it tells the story of Farah, a disillusioned revolutionary harboring a secret superpower and a secret pregnancy, who flees Cairo, and sets out for the recently completed city of X. Farah is initially seduced by X’s technological luxuries but soon learns that it is not the utopia it seems; it is in fact a battleground for two powerful forces competing for control of the future of mankind, forcing Farah to make a decision about the future she wants for herself and her baby.

Back in Las Vegas, Ahmed also finds himself seduced by the seeming luxuries of American life, from online shopping to robotic bars, anything to help him forget the prison nightmares that still plague him. But as life in Trump’s America becomes increasingly fraught, and Ahmed faces the very real threat of statelessness, he starts to wonder where in the world he can safely raise his daughter.

Operating within the dystopian genre, Untitled Dystopia Film paints a complex psychological portrait of an artist trying to understand the world around him through his art: interweaving creative documentary and fully-realized fiction sequences in order to move between Ahmed’s present life in Las Vegas, theatrically-recreated flashbacks to his absurd trial and devastating experiences in prison, and the fictional near-future world of his novel, where Farah, like Ahmed, is seeking a better future