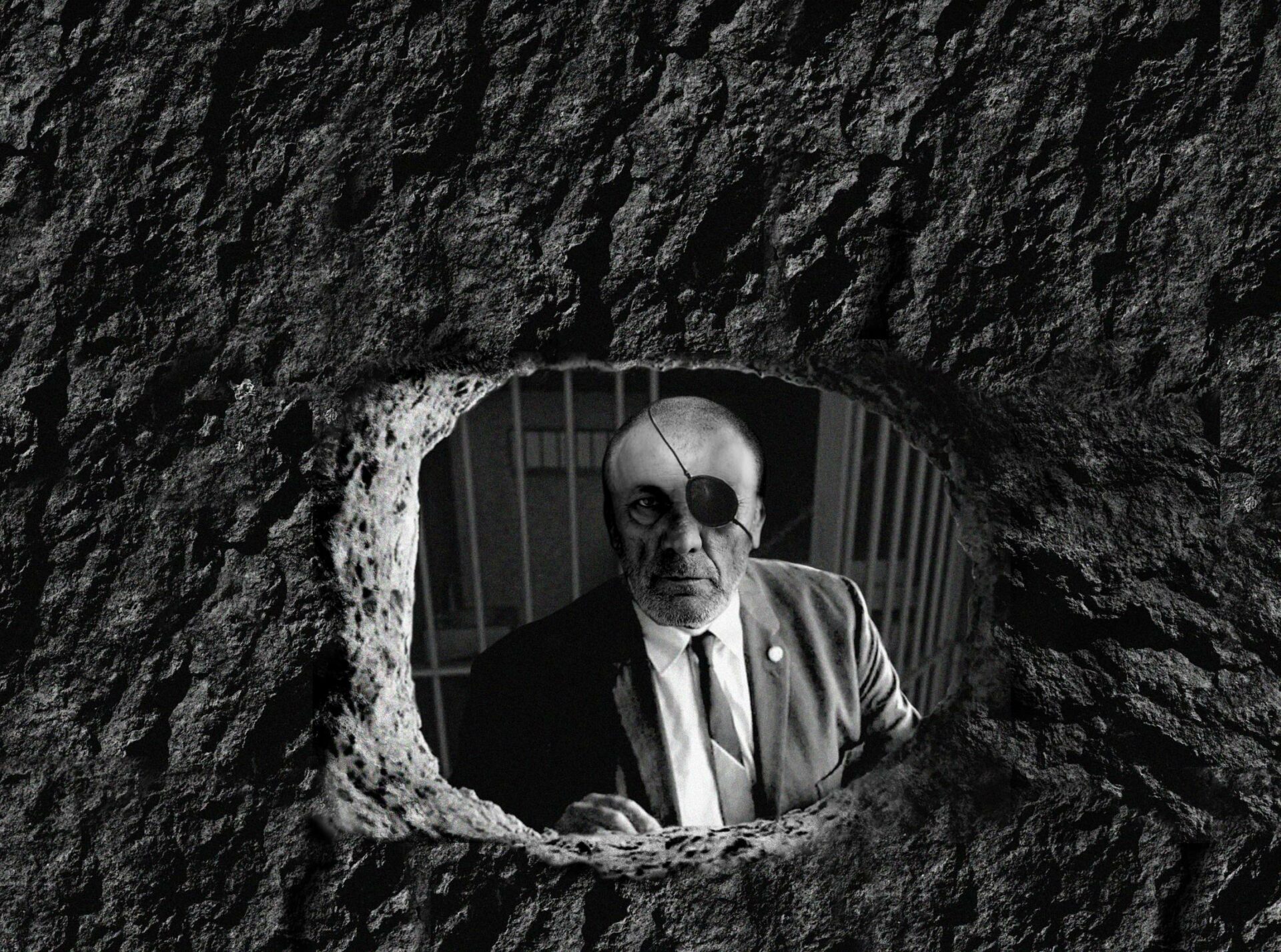 For more than 30 years, then Israeli Minister of Defense, General Moshe Dayan, looted Palestinian antiquities and art from Palestine. What if a Palestinian artist says “enough is enough” and devises an elaborate plan to steal the collection back?

Moshe Dayan was the Israeli minister of defense and an Israeli army figure for 30 years, during which time he used his capacity as a general to loot Palestinian archaeological sites and to confiscate private art collections. Moshe managed to keep the illegal collection hidden in secret storage until his death. Filmmaker Amer Shomali is a renowned visual artist with quite the imagination. Using a unique combination of drawings and animation, Shomali creates an artist character who is determined to bring this art to justice.

Our animated character, “Naji”, is a Palestinian artist and lecturer of art history. Think the Professor from Money Heist. In his quest, he manages to locate the stolen collection in an underground cell at al Negev prison in the desert. Naji devises a crazy, elaborate plan. First, he must find a way to end up in prison. Then, he has to figure out a way to repatriate this collection of art and artifacts into Palestinian hands. Once incarcerated, Naji brings together a motley crew of prisoners who become part of his team. Some are pretty clever while others are always on the verge of blowing it.

In Theft of Fire, these fantasy-thriller sequences are intercut with real-life interviews with: Palestinian prisoners; Palestinian artists whose artwork has been confiscated and looted; Palestinians who witnessed archeological excavations by the Israeli army; the Israeli Minister of Defense “Moshe Dayan”(archives); Israeli soldiers who participated in the looting and the excavations under his command; Ruth Dayan, the wife of the Israeli army commander who led the looting of archeological artifacts and hid them; Israeli museum curators who acquired the looted artifacts; and Israeli art dealers.

Our characters also break the fourth wall to comment on the rather absurd “heist” being orchestrated by Naji and his motley crew!