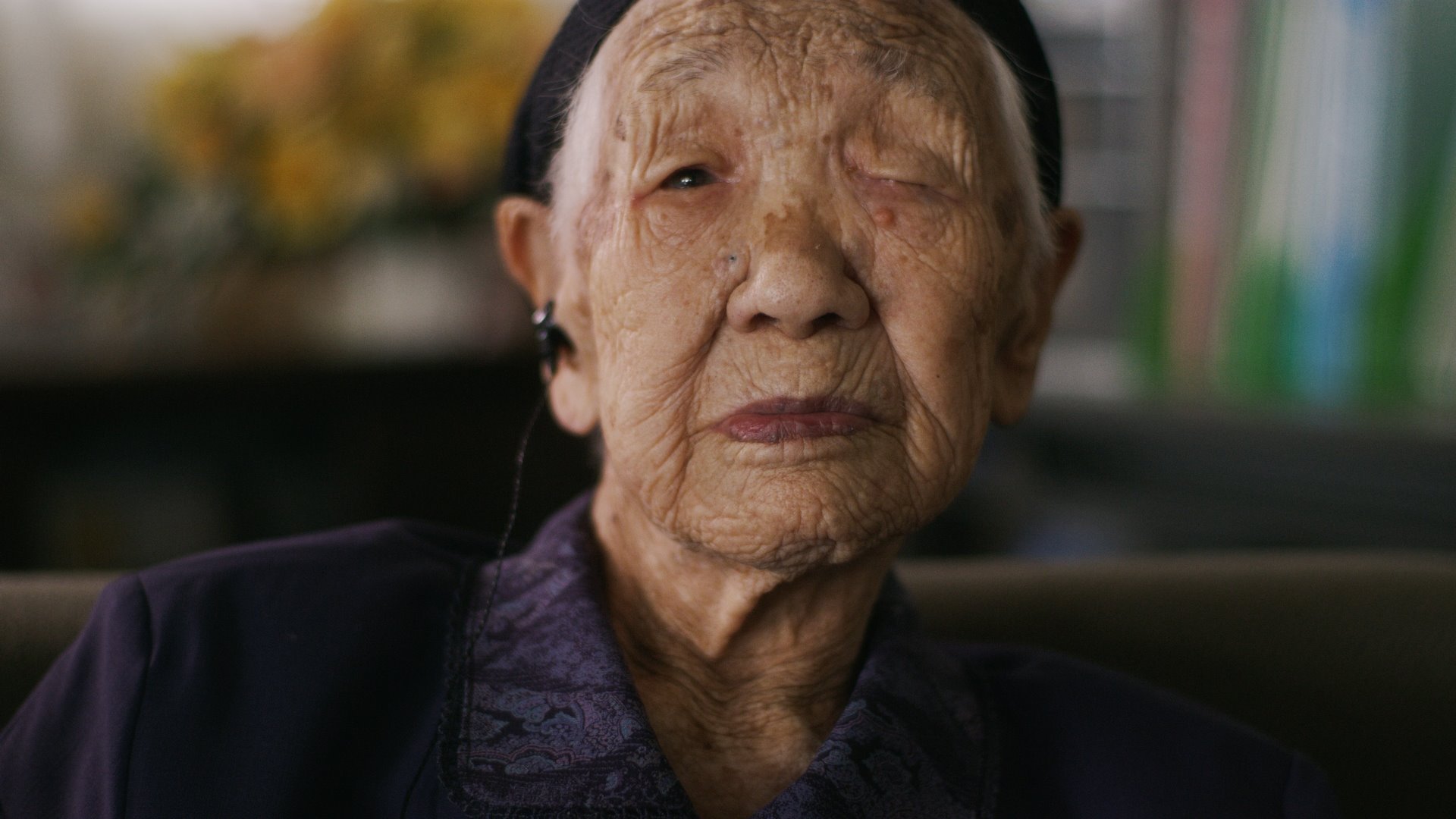 THE OLDEST PERSON IN THE WORLD

The Oldest Person in the World weaves together portraits of the people around the world who hold the Guinness Record for being the oldest person alive, serving as a meditation on time and the poignancy of being alive.

THE OLDEST PERSON IN THE WORLD will be an innovative film that seeks to continuously document each individual who becomes the oldest living person. As characters inevitably pass away and the title moves from one person to the next, our project becomes a poignant meditation on time, love, loss, and the profound human experience of being alive.

In 2014 I made a film about the Guinness Book of World Records called The Measure of All Things. The film, which premiered at Sundance, featured all sorts of records: the person with the longest name, the tallest man, the biggest cat, the longest period of time a person has gone without sleep. But one record struck me above all the others: the oldest person in the world.

Whenever someone dies, they take with them all of the knowledge and experiences in their memory. The last Titanic survivor died in 2010. The last WW1 veteran died in 2012. When Albert Woolson, the last veteran of the Civil War died in 1956, Life Magazine wrote: “There was an open door to the past, but when the last notes of the bugle hung against the sky, that door swung shut. It cannot be reopened.”

It strikes me that one day there will be no one alive who saw the Twin Towers fall, or who experienced the election of America’s first black President.

As you can imagine, the record is passed down frequently from one super old person to one slightly younger super old person. I intend to film every one of them from here on out. This will be a life work.

The first version of the edit will be ready to premiere in 2022. From there, every two to five years I will have the footage to edit a new version incorporating a new set of oldest people mixed in with footage from the earlier films. In this way, it will become an ever-evolving, “living film” with characters coming and going just as they do in life. The form will mirror the fleeting and provisional nature of our lives, echoing the simple fact that the only way to become the oldest person in the world is for somebody else to pass away.

The passage of time will be communicated in subtle yet profound ways: the changing formats and image quality of the footage over many years, the use of new platforms that are not yet invented, and my own aging process will be on display as I appear on occasion at the edges of the film.