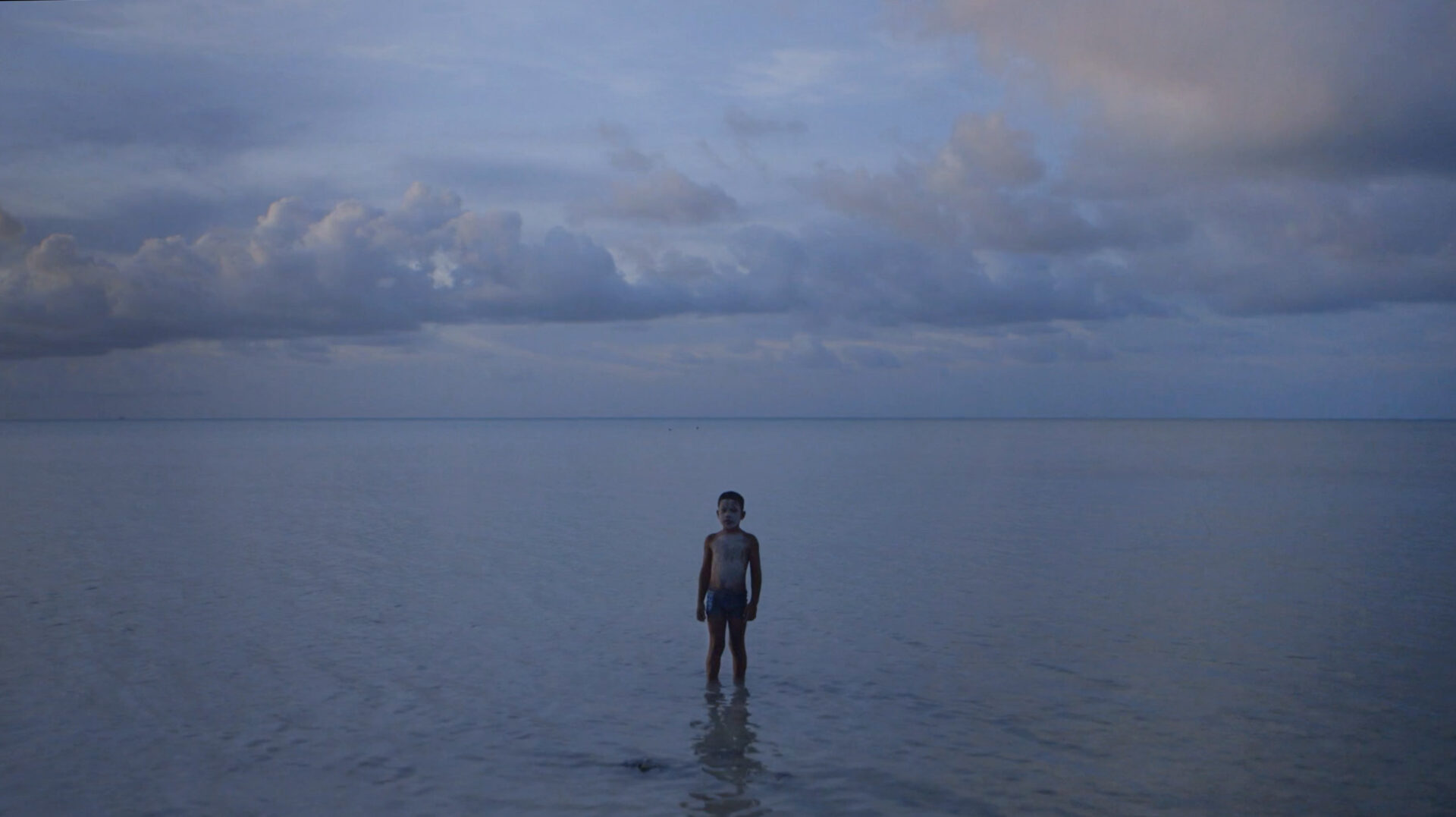 THE END OF ALL

The End of All is an exploration using science and mysticism, depicting the relation between The Republic of Kiribati, a nation of atolls in the Pacific, facing annihilation by the rising ocean caused by the melting ice from Greenland and the Arctic.

The End of All is a poetic film with a mosaic structure, focusing on the consequences of the climate crisis by exploring The Republic of Kiribati in the South Pacific. It takes a look at everyday life on the islands and the relation to different beliefs and influences from the outside world. Our knowledge about the melting ice from Greenland and the Arctic becomes a backdrop for understanding the constant threat The Republic of Kiribati is facing. And while this is happening, the world will watch and see how one entire country and its population will need to leave their home for good, adjusting their disaster plan accordingly. So The Republic of Kiribati has become the scientific frontline in understanding global warming and its irreversible consequences. As the ice melting on Greenland and the Arctic will not distribute evenly around the globe, scientists prove that the water will specifically overflod the countries in The Pacific and therefore The Republic of Kiribati with its 110.000 people is the first entire country to perish. This correlation is in itself a driving force embedded in the storytelling to really grasp the scope of global warming and why a call to action is still more relevant than ever.
In the film we meet two children, brothers, looking at the world. Their world. They record what they see, what the viewer is presented with in pictures. It is through their voices that we understand what they are actually going to lose. The world they describe is slowly and surely disappearing. They speak kiribas, their own language, the language of their country. Through these children’s eyes and speech we see how the intellectualisation of the climate crisis is in stark contrast to their realities. Or how there is a deeper and richer reality, an existential and mortal seriousity, behind the current political rhetoric on CO2-reduction targets, limit values, tipping points, and sustainable lifestyle choices.

Along the way, personal narratives of Kiribati are shrouded in a larger drama that links their lived reality and the threatening future, with events that take place far away from this remote island nation. We see footage from melting icebergs calving in Greenland. We observe 40 scientists from across the world, gathered in the Villum Research Station situated in the National Park of North and Northeast Greenland discussing the projects they are working on and sharing their findings. In this way we experience that the future of the children of Kiribati is in the hands of scientists speaking their own language, practicing their own rituals and beliefs. On a higher level we learn that the so-called climate crisis is already connecting people across the globe. Also those we cannot see or hear are connected to us, and we to them.

A driving force for this project is our belief that the climate crisis is first and foremost systemic and that it calls for some fundamental societal change for the preservation of human existence on earth.