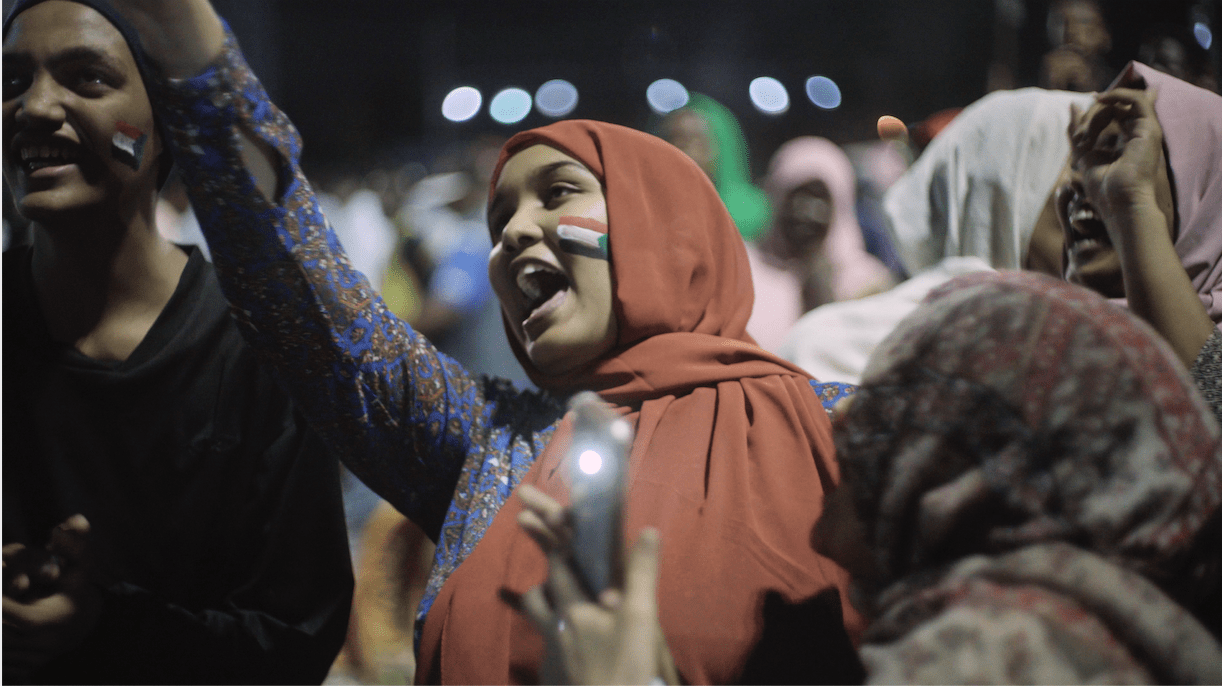 Like many others, Maha, Hamza, Shajane, and Rufaida are the faces of a generation fighting for their rights. Sudan Revolution Stories follows their dreams of freedom, equality and change, from the fall of dictatorship to a democratic civilian government.

‘Sudan Revolution Stories’ is a cinematic chorus, the collective portrait of a generation fighting for freedom. It gives voice to the hidden figures of the revolution, to those who are not in the forefront of political action but nonetheless put their lives on the line for the sake of a longed for transition from authoritarianism to democracy.

The project was born from discussions with the main character of my previous film, Paris Stalingrad. Souleymane, 21, a survivor of the genocide in Darfur and poet, is now a refugee in France. From the first demonstrations to the fall of dictator Omar Al Bashir, we have followed on social media the rise of the Sudanese uprising. All his life, Souleymane dreamed of the dictatorship’s collapse. The political situation forbids him to return to his country; “But you can go!”, he told me.

Driven by his desire, I made the trip to Khartoum where I filmed the last twelve days of the sit-in in front of the Army headquarters. From the moment I arrived, I filmed the multitude of voices making themselves heard like never before. Thousands of protesters had camped out demanding a transfer of power to a civilian government. I met the characters of my film during this time: Hamza and Al Tahir created a shared library, Shajane became famous for her message to support the protestors holding the sit-in, Rufaida took care of the street kids. I filmed this revolutionary city until June 3rd 2019, when the sit-in was attacked by the military junta, burning people alive in their tents, throwing bodies in the Nile, killing more than 100 people in less than an hour.

The film will focus on the present situation. It will explore the daily lives of committed young people in their demands for change. The footage collected during the days of the sit-in will be used in flashback sequences in the film to represent the Memory of the revolution, which encourages a whole generation to continue their fight.

After my first trip to Khartoum, I kept returning to Sudan to follow the revolutionaries who shared their stories with me. Maha sells her jewelry on Athena Square, a historical place where political activists used to gather. Al Tahir and Hamza work on opening a shared library in their neighbourhood. Shajane is writing a book and opened a Poetry café. Rufaida volunteers in a shelter for street kids, in the suburb. Saber, a homeless man from Darfur, opened a café with recycled furniture under the bridge where his friends were killed by the military.