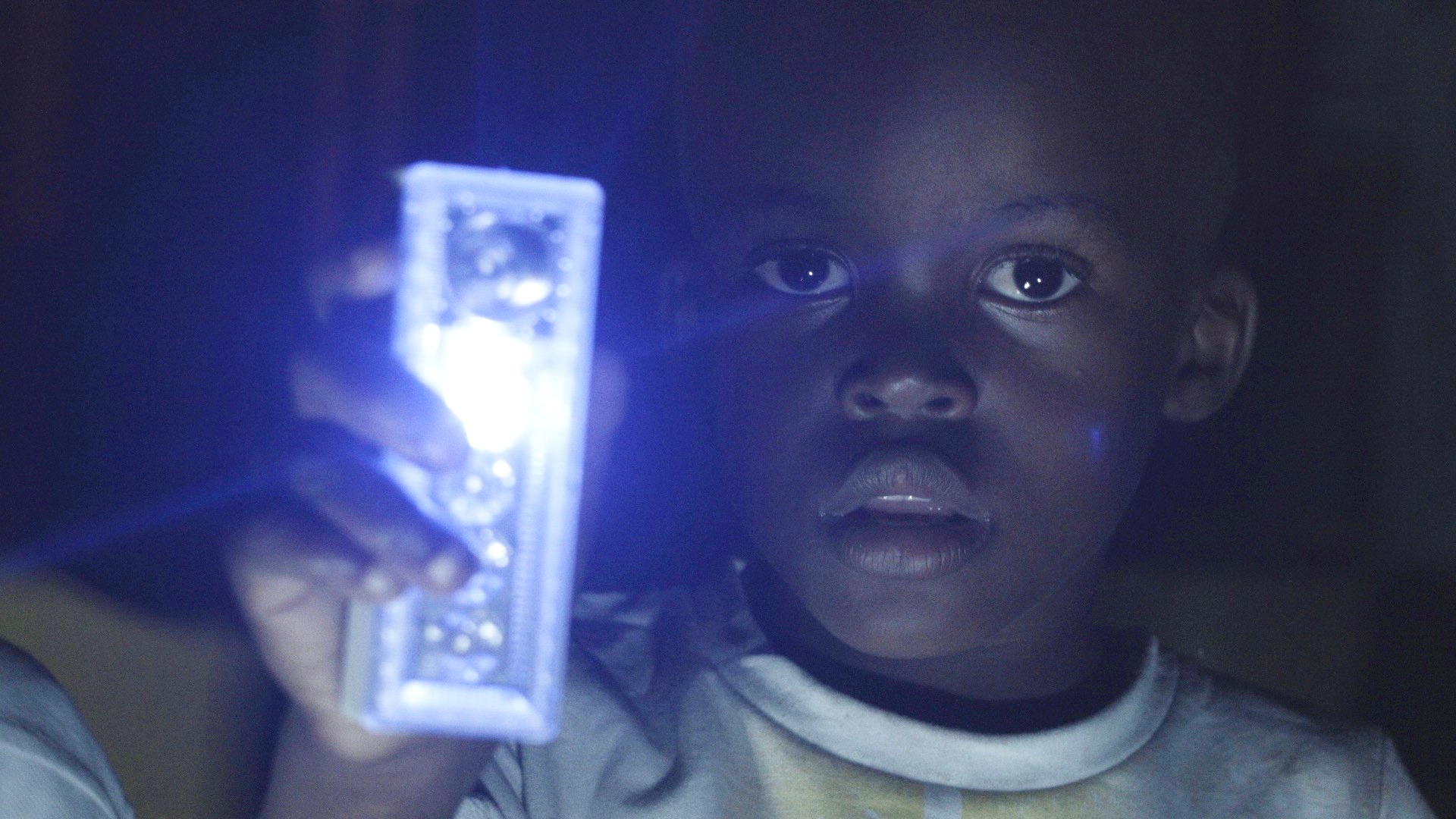 RISING UP AT NIGHT

As Congo launches the construction of Africa’s largest power plant on the Congo River, Kinshasa finds itself in darkness and its people struggle for access to light.

After a post-electoral situation that has shaken its already precarious political and economic stability, Congo is trying to revive its project to build Africa’s largest power plant, Inga III, on the Congo River. Kinshasa, the capital, remains in darkness and deep insecurity. Its population struggles for access to light.

Kudi, a family father, takes on the role of itinerant LED torch seller, in an incessant quest for survival, crossing an almost invisible city at night. As he travels through the city with his rickshaw full of lights, Kudi follows the unfortunate news on the radio: problems of insecurity in the city, frequent fires due to electrical short-circuits, the country’s political turnaround after the elections, the construction of the great Inga III dam on the Congo River.

In a relentless quest, he devotes all his energy to buying back a piece of electric cable stolen by urban gangs and restoring electricity during the Christmas and New Year celebrations.

Kudi uses his humour to gather people from his neighbourhood in order to bring pragmatic solutions to his community. Alongside him, all sorts of characters that can be found in the city of Kinshasa accompany the story. The neighbourhood committee, with its women and men, children, widows, young thugs, fathers… Pastor Gédéon, who preaches the word of the Bible in the streets and makeshift churches, preaching the light of Christ as the way to life and truth. And young Davido and his friends, accused of stealing the famous electric cable, while they are busy killing time by working out, dreaming of a better future.

This film subtly portrays a population that is reinventing itself in spite of everything, in an environment plagued by the violence and beauty of Kinshasa’s nights and the uncertainty of the next day.