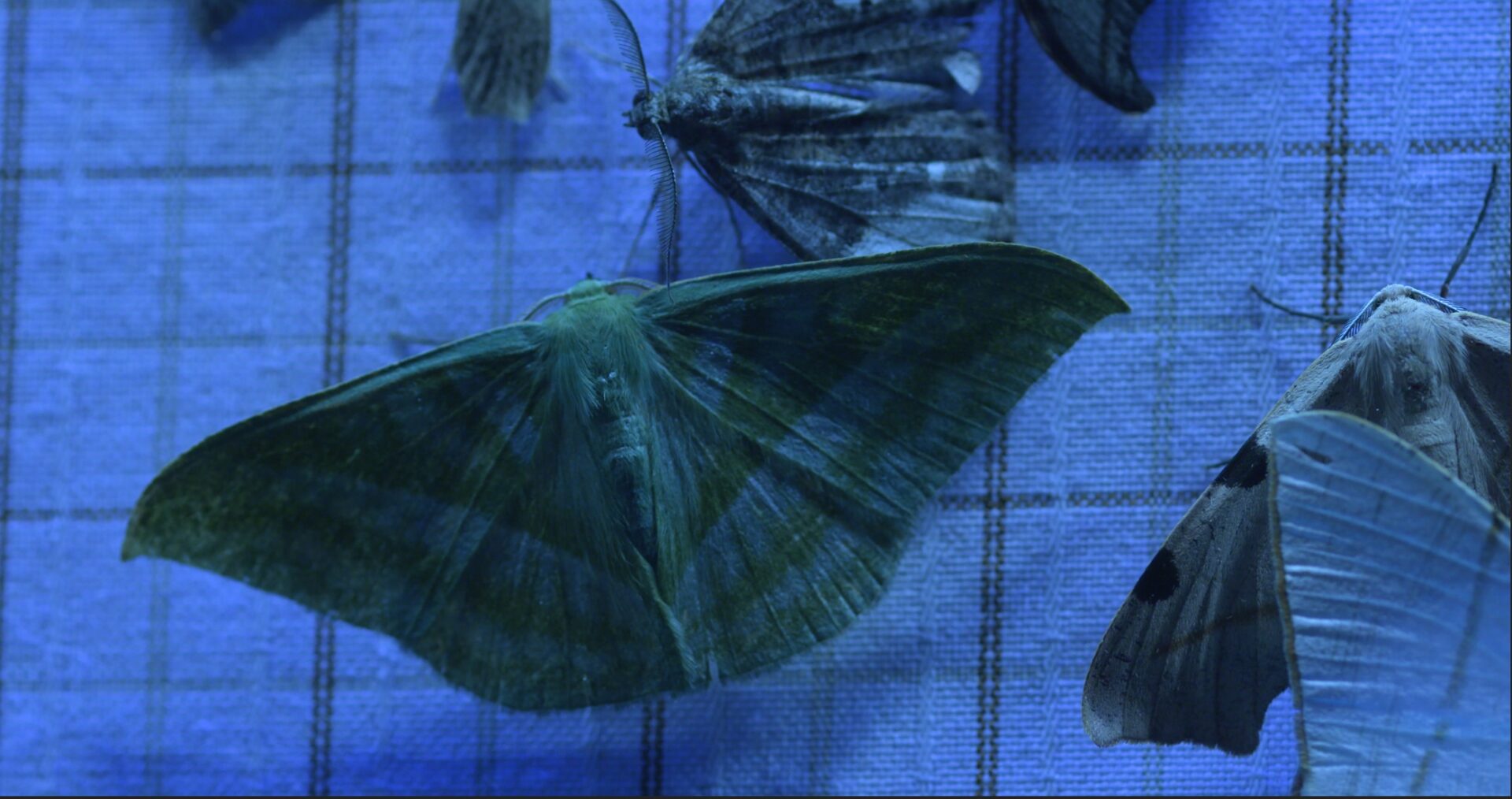 In the dense forests of the Eastern Himalayas, a young woman scientist takes us into the secret world of moths, inviting us to witness their beauty, their fragility in the face of rising temperatures, and our own hidden connection with them.

The film transports us to the colourful, complex and unseen world of moths as we follow the work of a young, ambitious scientist Mansi in one of the world’s most bio-diverse hotspots. Teaming up with her are Bicki, a young man from the local indigenous community, and her mentor, ecologist and astrophysicist, Ramana. Together they undertake a research project to study moths and the impact of increasing temperature on them, trying to predict the scenario in 2050. By focusing on a small, ephemeral, nocturnal creature like the moth, the film seeks to question an anthropocentric view of the world.

In the midst of forest-clad hills, majestic oaks, moss, lichen, ants and caterpillars, we see Mansi, a fiercely independent scientist who has taken the challenge of being one of the few women in India doing fieldwork in the wilderness. She has been studying moths here for the past eight years. Her work is based on using elevation as a surrogate for temperature. She is specifically looking at the body size and wing size of hawk moths and recording how their distribution is changing with elevation.

In the Bugun community next to the forest is a young man Bicki, who loves his village and wants to find a way to earn a living there. Not being interested in academics, he dropped out of school after grade 6. His life takes a turn when he gets picked to be the research assistant. As he works with Mansi and Ramana, he discovers the world of moths, the hidden gems right there in his backyard. For Mansi, he becomes an indispensable part of her work with his ingenuity and problem-solving skills.

Gradually, Bicki develops a genuine interest in moths. An idea takes shape: Through his knowledge about moth species and their behaviour, can he start moth tourism in these forests? But some members of the community question him: Won’t this harm the forests? How to balance ecology and livelihood?

Meanwhile Mansi sets out on a quest to make sense of the huge amounts of data she has collected. When temperature rises, what happens to the moths? Will they adapt, or will some of them perish? And if they perish, what happens to the plants that depend on them for pollination, to the birds and bats that feed on them? Is this not the source of the spread of infectious diseases, specifically zoonotic epidemics? The film weaves together an intricate tapestry of nature, science, climate change and human stories, imbuing it with a poetic soul and urging us to look at the deep interconnections.