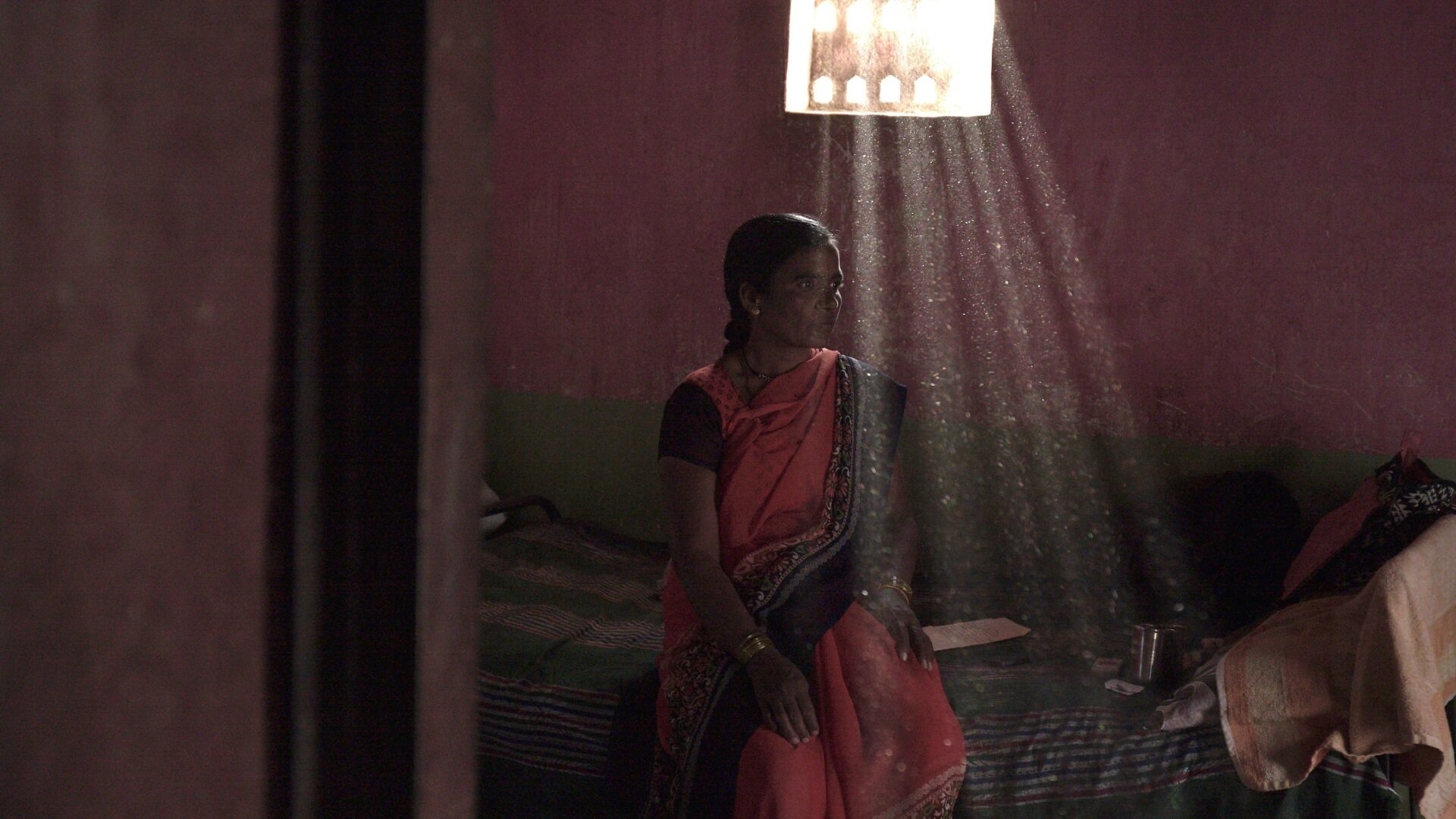 MARCHING IN THE DARK

Indian female farmers, who lost their husbands to suicide, have decided to meet a psychologist to learn counselling and help others in grief. In this act of silent rebellion against a patriarchal society, Sanjeevani finds the courage to be self-reliant.

In the drought-struck Latur district of Maharashtra (India) it hasn’t rained in three years. Chemical farming introduced during the 1960’s has led to the elimination of the micronutrients from the soil and the disappearance of traditional ways of agriculture. Furthermore, farmers get a very low price for their harvest due to a lack of control, pushing them into a bottomless well of debt and destitution. Around 12.000-14.000 farmers die by suicide every year.

Despite this situation, a group of 15 aggrieved female farmers who lost their husbands have taken a pledge with Dr. Potdar, a local psychologist and activist – what they went through, alone, shouldn’t happen to anyone else. Connected through a shared pain of losing a loved one, they gather together to learn about identifying signs of depression within their communities.

Two years ago Sanjeevani (28) felt helpless and betrayed and wanted to follow the same path as her deceased husband. Today she is determined to go out again and to leave her grief behind. Although her orthodox family-in-law thinks she should spend the rest of her life at home to take care of her household and children, through the meetings with Dr. Potdar, and the friendships she builds, she finds the courage to finish her education.

Mental health is a taboo in India and Dr. Potdar is referred to by villagers as a doctor for the ‘crazy’, but the women are determined. They take time off from their children, households and farms and travel immense distances every weekend to learn about coming to terms with their own grief.

The classroom, which began strictly as a ‘training session’ to learn about depression, is evolving into a safe space for questioning orthodox traditions, for being vulnerable and sharing emotions. Here, these women feel a rare sense of joy and solidarity in the reassuring hands of newfound companions.

Shy and soft-spoken Sanjeevani, who never raises her voice, is learning to speak up for anyone going through depression. By completing her education secretly, Sanjeevani is doing whatever it may take to move on and ensure that her kids do not follow in the footsteps of their deceased father.

The film tracks Sanjeevani’s journey with her fellow companions as they gather the courage to stay resilient and help other distressed women farmers in a deeply patriarchal society. MARCHING IN THE DARK zooms in on the inevitable emancipation of young Indian women in a rural area threatened by climate change.