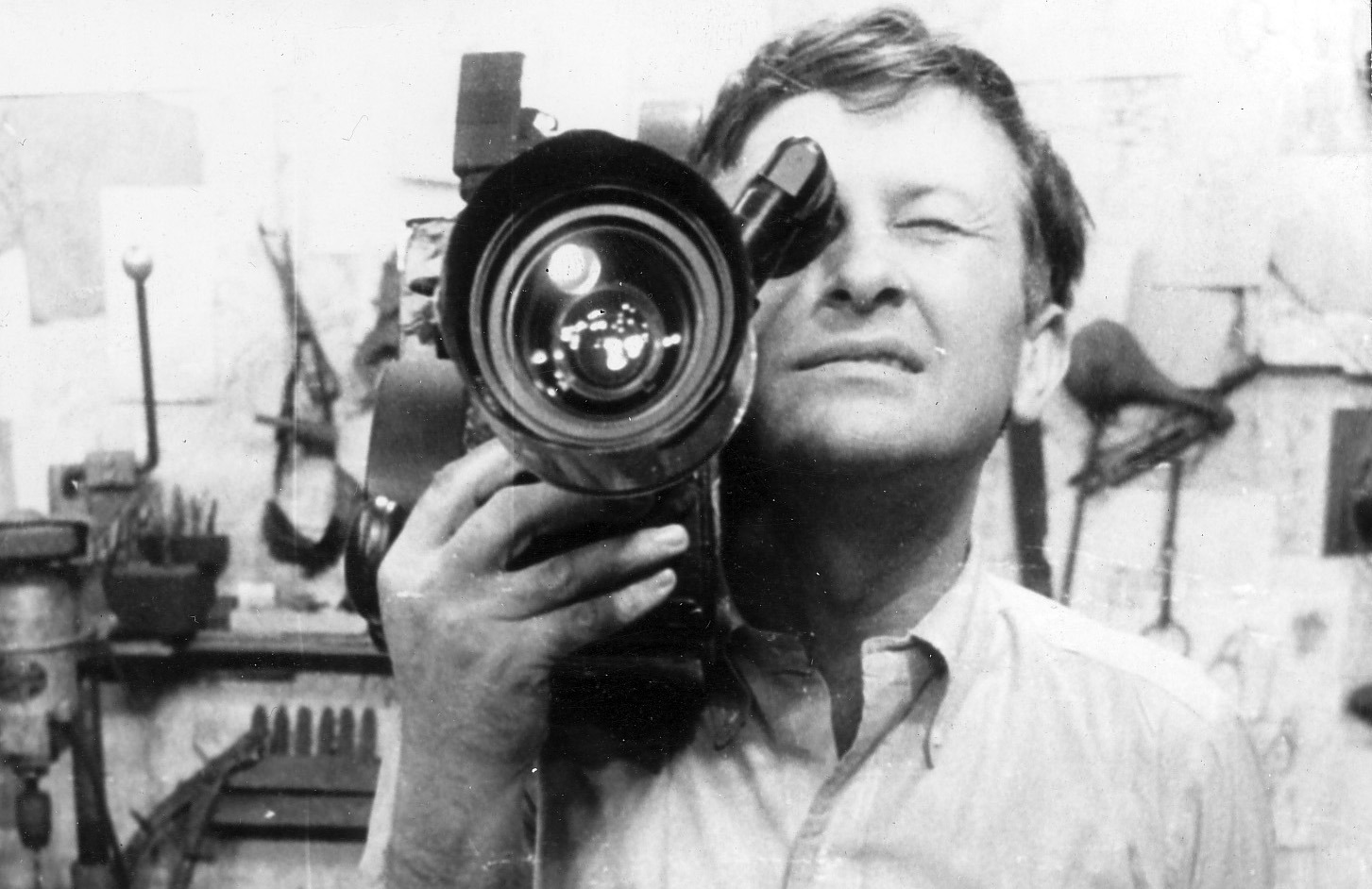 The films Albert Maysles made with his brother David and editor Charlotte Zwerin revolutionized and re-energized the genre, Salesman (1969), Grey Gardens (1976) and Gimme Shelter (1970) are still electrifying new audiences. In 1955, just a young psychology professor interested in photography, Albert received a Guggenheim grant to attempt an “autobiographical” film, the first time he attempted to turn the camera on himself. He wanted to explore how this new visual language could be used to mirror his own personal experience, and his desire to find commonality with others.

Left as keeper of her father’s archive, Rebekah Maysles, Albert’s oldest daughter, decided to attempt making an “autobiographical” film once again, this time letting the footage Albert shot (solely) tell the story of a cameraman’s life over six decades of filmmaking. With full access to her dad’s life work and the vast archive of Maysles Films, Inc. there are a myriad of film sources ranging from home movies, film outtakes, rarely-seen fragments, countless interviews, wild sound, to lesser known works for hire and commercial work.

By piecing together unfinished scenes and outtakes, Rebekah will identify and feature moments of connection, proximity, and even tension between Albert and his film subjects, constructing a film portrait of her father from his life behind the camera. Though Albert rarely spoke while filming there are glimpses of him talking to subjects right before the camera turns off, or talking to David, David with the sound clap, or Albert apologizing for inserting himself too much in a situation and in the way of what’s happening.

Albert’s revolutionary contributions to documentary filmmaking are abundantly clear watching not only his technical progression with new cameras but witnessing history through the access he had to historical figures and regular people. No matter what he was working on (commercials, portraits, experimental films, work-for-hire), the idea of empathizing with people was key to his approach. Albert hoped that, if he was successful in filming with an open mind, this empathy could extend to audiences and that they would leave his films with greater understanding of people and their humanity.