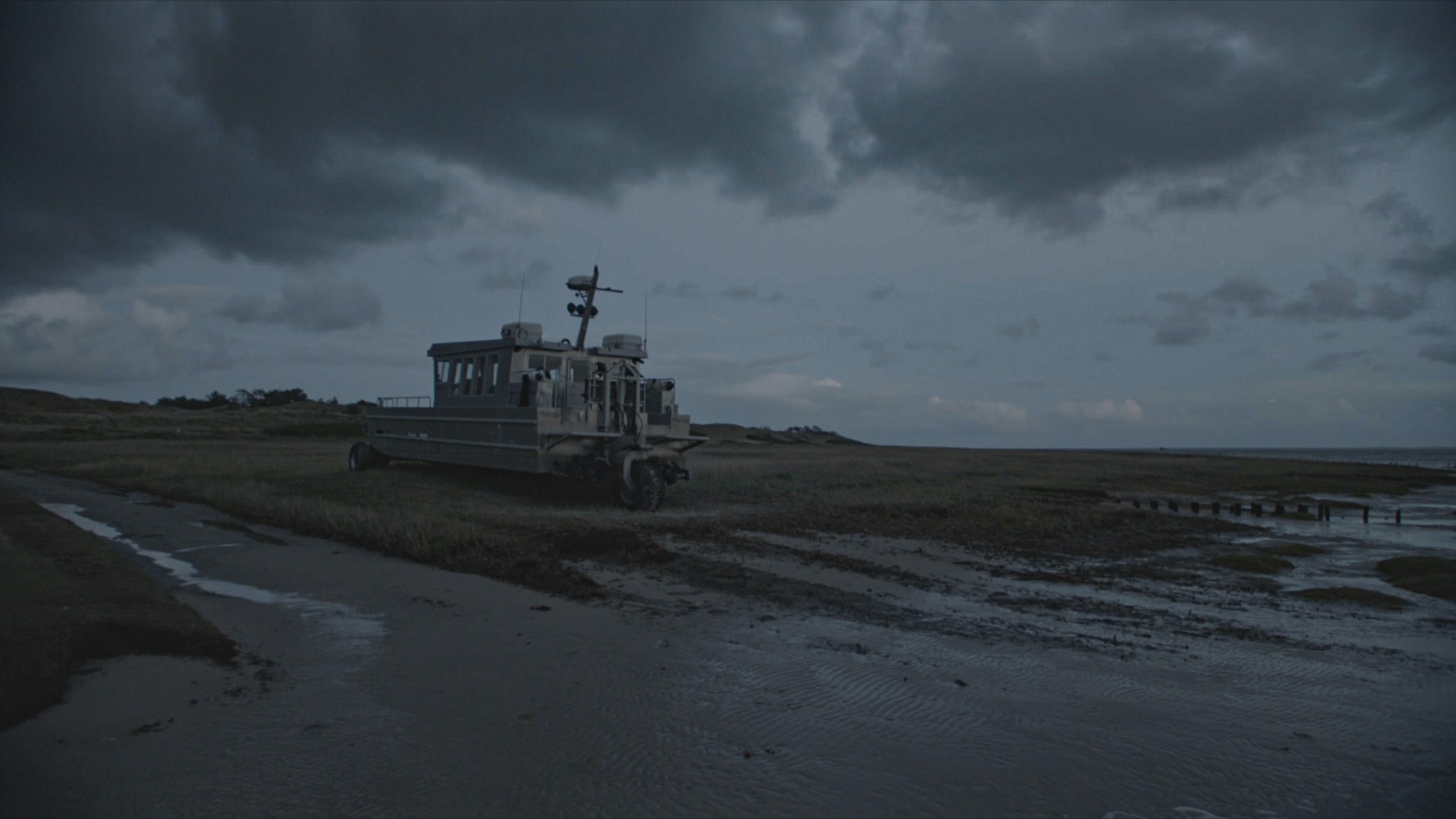 Despite the looming prospect of a climate change-induced storm wiping out the island of Mandø, its 32 inhabitants seem oblivious to the existential threat. Out of step with modern times, they fight to stay on the island.

Something looms on the horizon. A storm so devastating it could wipe out the tiny Danish Wadden Sea island, Mandø, with its 32 inhabitants. Climate change experts predict the warming of the ocean and the rising water level have made this natural threat more present than ever. Yet these few remaining islanders pay no heed to the warnings. Caught up in their everyday lives they seem to be oblivious to this impending catastrophe. Just like the rest of us elsewhere in the world…

Gregers, the island’s last farmer, is busy chasing geese with his drone and looking for a woman who’d move in with him. Ellen, who manages the smallest supermarket in Denmark, informs tourists about the tides, which dictate when one can access or leave the island. Ornithologist Niels, who suffers from moon disease – a strange case of insomnia induced by the full moon – follows the trails of a peregrine falcon. And Mie is getting ready for her 100th birthday. Before the Storm explores the tension between the quotidian lives of the islanders in the face of the destructive force of the looming storm.

Like a prophecy from the past, a group of archeologists explore the ruins of an ancient city in the vast mudflats. They discover that a storm flood that happened centuries ago made it disappear, pointing out that Mandø could suffer the same fate. However, having sacrificed already so much to spend their lives here, the islanders are not going anywhere. Only the young priest, Michael, has his fears. Perhaps because of his spiritual link to God or the tales of the Great Flood from the Bible. Like Noah before him, he knows what is coming.

Mandø is a small society where everyone knows one another — for better or worse. Outsiders come too, like nature lovers, artists, or concerned scientists who are drawn to this biodiverse place, part of the Unesco World Heritage. In the summertime, thousands of tourists drive across the bare seabed to Mandø, to explore the extraordinary landscape of The Wadden Sea. While they collect oysters and wander on the endless sandbanks, some get caught by the rising tide, occasionally even with a fatal outcome.

Before the Storm is the story of a small island engulfed by forces of climate change where the residents struggle against time to retain their identity and place in the world. A place where the fierce force of the sea not only shapes the landscape but also the lives of the few inhabitants who endure in it.