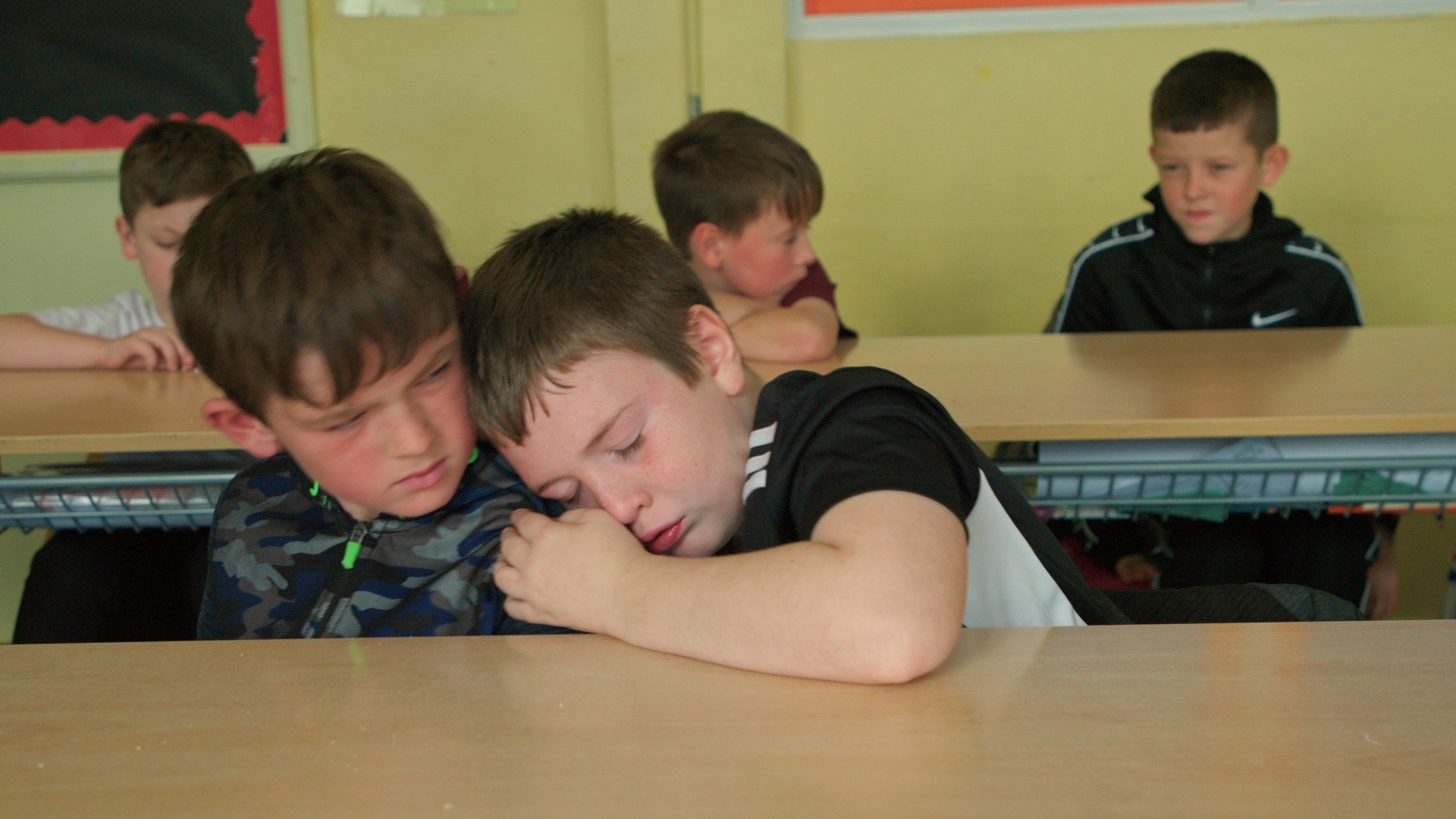 Welcome to Belfast, where a school principal uses Plato, Nietzsche and Elvis Presley to resolve old and ingrained conflicts among his students. A lively and passionate defence of freedom of thought.

In the Northern Irish capital, Belfast, huge murals continue to pay tribute to either side of the ancient conflict between Catholics and Protestants. Home to the Catholic Holy Cross Boys School, charismatic headmaster Mr. McArevey – a passionate philosopher and a huge Elvis fan! – tries to educate his pupils and resolve their internal conflicts through philosophy. With the ancient Greeks at hand, he equips the new generation to think for themselves, and not just reproduce the violence and ingrained anger of their parents. Because the good thing about philosophy, he says, is that it’s very hard to be right. A lively, observant film, and a passionate defence of the freedom of thought.

March 26: Meet the director at the screening at Cinemateket. Before the screening, the Irish Embassy will serve a glass of wine in Asta Bar.

March 29: At the screening we explore the importance of the good teacher for the well-being of vulnerable children in primary school. Meet researcher Louise Klinge, primary school teacher Rikke Johansen and head of the Education Committee at the Danish Teachers’ Association Regitze Flannov. Moderator: Journalist Anja Bo. Read more about the event here.

The film is presented in collaboration with the Irish Embassy