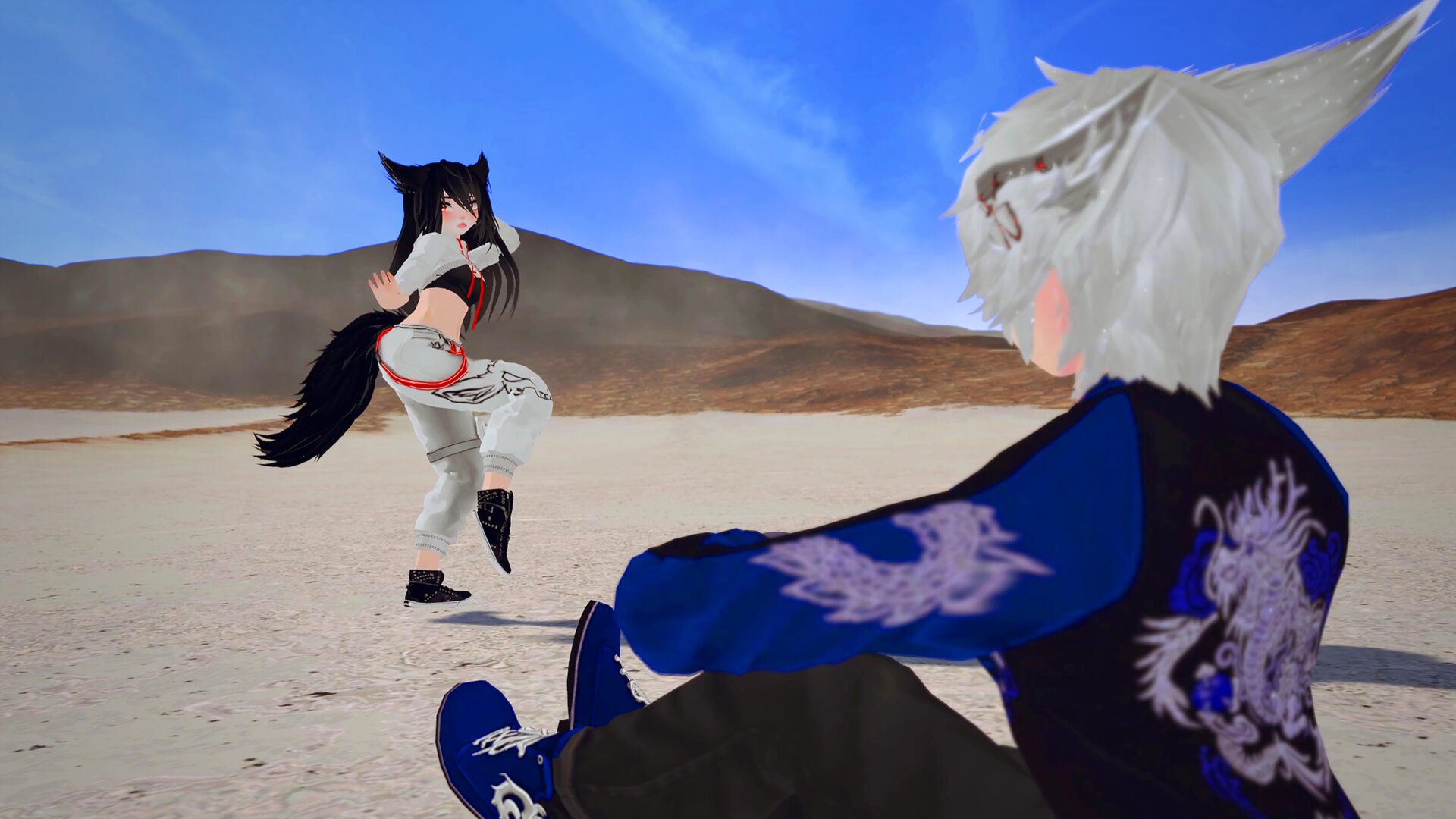 WE MET IN VIRTUAL REALITY

Welcome to an ultra-artificial fantasy world, but one where both people and emotions are real. A social free space in a visually stunning film shot entirely in a VR universe during the pandemic.

Animé characters of all shapes and colours come together in a digital fantasy universe during the first lockdown, to take part in car chases, belly dancing and sign language classes. Young director Joe Hunting’s debut sets new standards for what movies can look like. Indeed, ‘We Met in Virtual Reality’ was shot entirely in the VRChat app, and the contrast between the artificiality of the colourful science fiction landscapes and the loneliness actually felt by the voices behind the surreal avatars is moving, striking and liberating. For suddenly we are also in a parallel world where you choose your own gender and identity. Hunting navigates the virtual universe by following some couples who met during the isolation that has been traumatising for many people. Shot in an alternate universe, but edited and narrated as a film: This is what a possible future of cinema and social relationships looks like.

March 27: At the premiere you can meet the director at Empire Bio.

March 31: At the screening you can learn more about virtual reality and the future of digital meeting places when we discuss the metaverse, new technology and online communities with co-founder and partner of Dare Disrupt Anders Hvid, PhD student at AAU’s technoanthropology lab Morten Christian Heuser, co-founder of CRUX, a collective of Black artists working in XR, Lauren Ruffin, Futurist, Associated Partner & Special Advisor in Media & Technology at CIFS Sofie Hvitved and Founder & Lead Producer of Makropol Mads Damsbo. Moderator: Jacob Weil, journalist, DR. The event is co-presented by the LGBT+ film festival MIX. Read more about the event here.