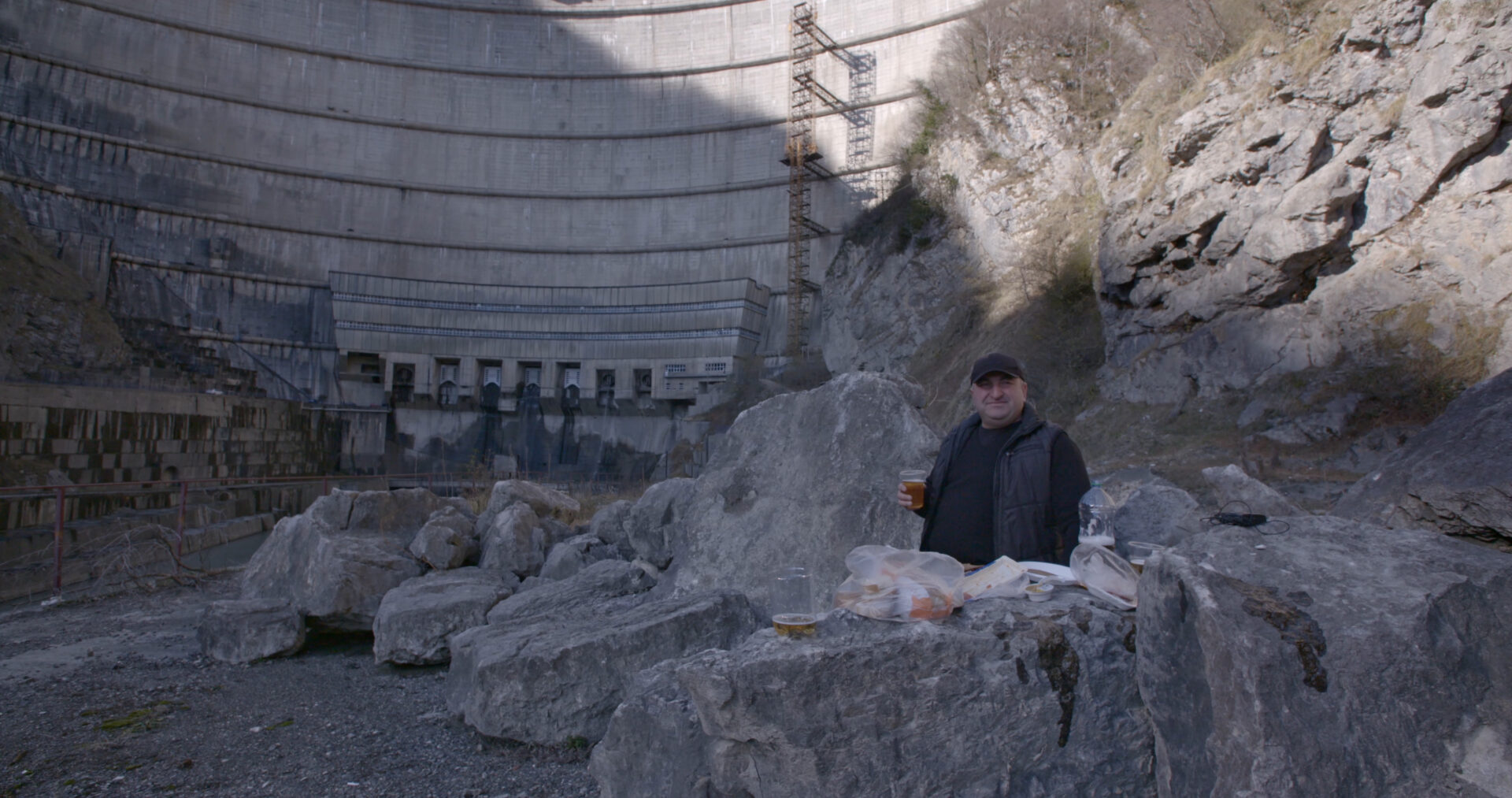 WATER HAS NO BORDERS

A giant dam on the administrative line between Georgia and the breakaway region of Abkhazia sets the scene for an eminent tale of the people affected by the conflict in the border country.

Filmmaker Maradia Tsaava has gone to the world’s largest arch dam, Enguri, to make a reportage. The dam lies on the administrative line between Georgia and the conflict-affected region of Abkhazia, which declared independence after an armed conflict in the 1990s. But when her car breaks down, she decides to stick around and try to gain access to Abkhazia, where Georgians are otherwise barred. She faces an endless series of obstacles, and as she waits, she turns her camera on the sympathetic people working on the dam, which is run by Georgians and Abkhazians together. And maybe an opportunity to set foot in the closed breakaway region with its literally floating borders will arise after all.

March 29: Georgian evening in Mezzaninen! We will start with a screening of ‘Sunny’ where the Head of Global Response at IMS, Gulnara Akhundova, will give an introduction to Georgia. Afterwards we will show ‘Water Has No Borders’ where you can meet the director. The Georgian Embassy will serve wine after the screening.