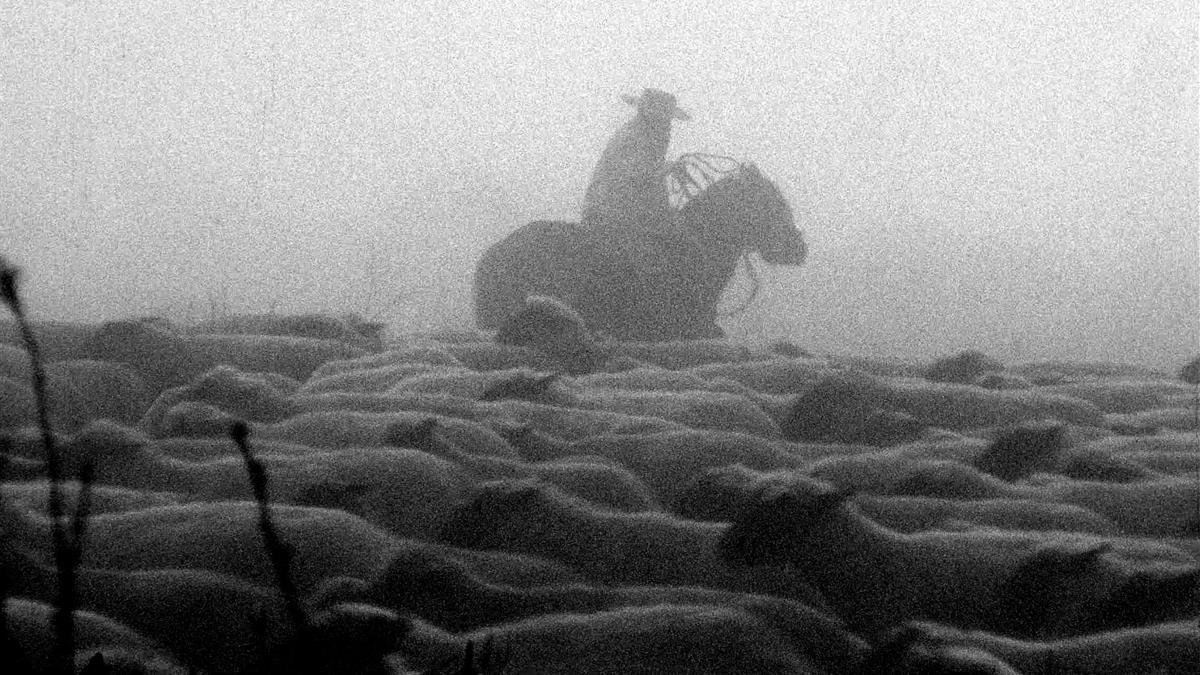 UNDER THE SKY SHELTER

Chilean debut in sparkling, analogue black and white. A lone shepherd crosses rivers, forests and cliffs with thousands of sheep. Along the way, he loses himself in the mountains, while dreams appear like ghosts.

Diego Acosta makes his debut with a superior cinematic pastoral shot on sparkling black-and-white 16mm. Thousands of sheep’s eyes light up under the starry sky as bodies wander aimlessly in the night. A cowboy rides a sea of wool as hordes of sheep stream through nature and a waterfall defies gravity. In ‘Under the Sky Shelter’, time stretches and unfolds alternately. The nomad Don Cucho sets out on his annual journey to the heart of the Andes, knowing it could be his death. With him he carries thousands of cattle, a handful of dogs and a few single men. For now is the time for the seasonal movement of the animals to pastures new. Once the donkey driver reaches the valley, he is left to his animals and his dreams for the rest of the season. ‘Under the Sky Shelter’ is a sublime travelogue about a donkey driver isolated in the wild.

Meet the director at the premiere March 30 at Cinemateket. Before the screening, the Chilean Consulate will serve a glass of wine in Asta Bar in Cinemateket.