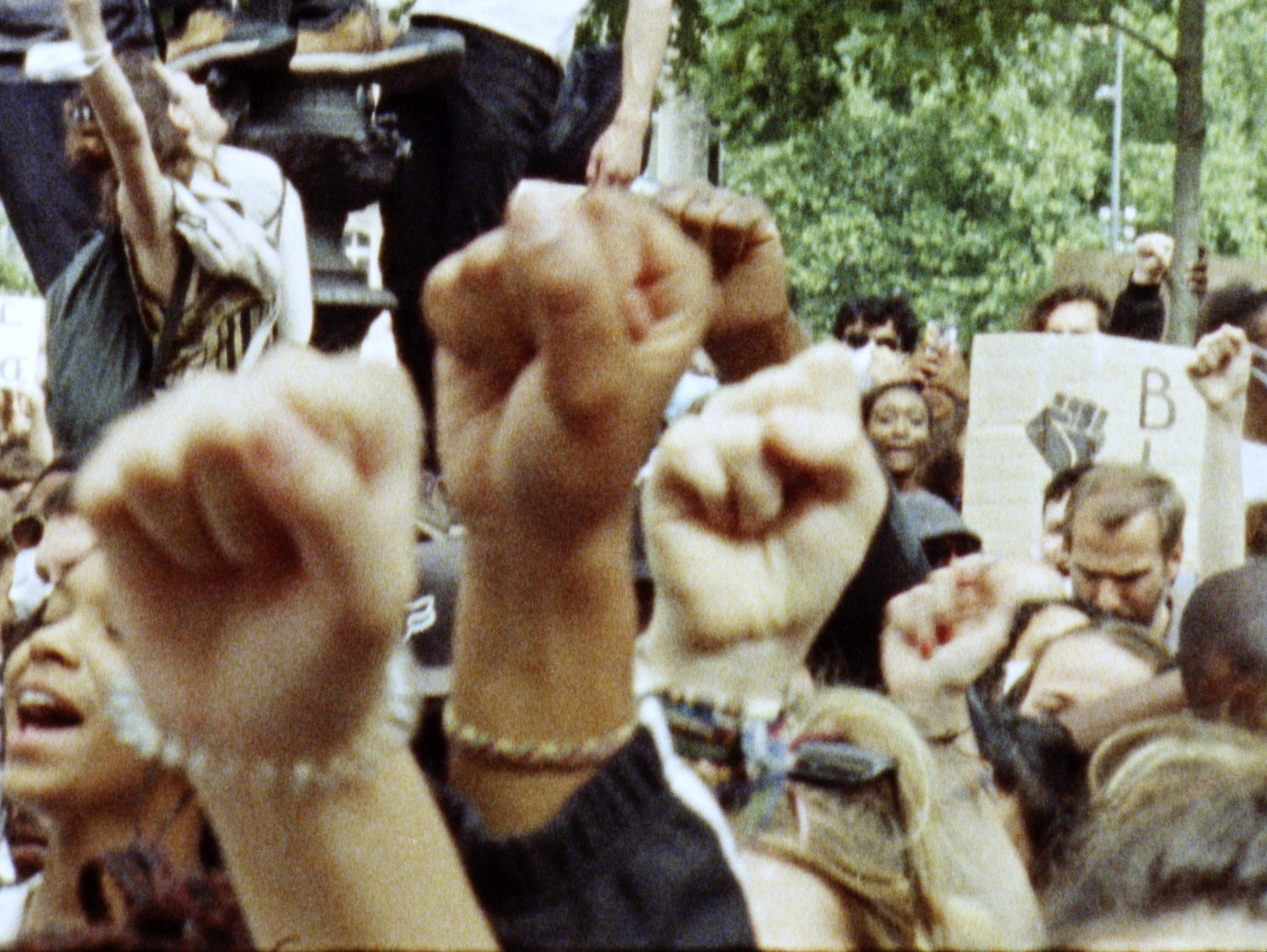 THROUGH A SHIMMERING PRISM, WE MADE A WAY + WHEN THERE IS NO MORE MUSIC TO WRITE, AND OTHER ROMAN STORIES + HONEYCOMB IMAGE/ARCHIVE CLADDING

Through a Shimmering Prism, We Made a WayRhea Storr / Bahamas, United Kingdom / 2022 / 18 min / World Premiere

A critical reflection on the black diaspora, the architectural history of colonialism and black bodies in a performative walk through London and Nassau along alternative routes.

How we move through the world is determined not only by our bodies, but by how our environment is encoded as a space and how history has shaped it. In a performative movement along alternative routes through London and Nassau (Bahamas), three black sisters establish a post-colonial topography in urban landscapes. A critical reflection on the black diaspora, the architectural history of colonialism and the female body itself, articulated in beautiful and meaningful textures on black-and-white 8mm film. Rhea Storr’s performative work borrows its title from a line in author Dionne Brand’s book, ‘A Map to the Door of No Return: Notes to Belonging’: ‘For those of us today in the Diaspora this door exists as through a prism, distorted and shimmering. As through heat waves across a vast empty space we see this door appearing and disappearing. An absent presence.’

When There Is No More Music To Write, and other Roman StoriesEric Baudelaire / France / 2022 / 59 min / International Premiere

Inspired by the improvising composer Alvin Curran and with the streets of Rome as its field, an investigation of the parallels between political theory and radical artistic practice emerges.

Eric Baudelaire’s cinematic triptych was created during a stay in Rome, inspired by the improvisations of American avant-garde composer and sound artist Alvin Curran. In three chapters – and using the Italian capital as its field – Baudelaire explores the parallels between political theory and radical artistic practice. ‘When There Is No More Music To Write, and other Roman Stories’ is a collage of archival material and the artist’s own recordings on analogue 8mm film, a format whose potential for abstraction is ideal for the speculative connections between stories and urban space that are recorded here. In a country with a historical tradition of uncompromising left-wing activism and thought, it is a film work that opens new and unexpected doors along the way, drawing threads up to contemporary protests and political conflicts.

The renovation of a 1930s building in Copenhagen becomes an object for reflection on its historical relationship with the marble quarry in Greenland where the marble of the facade originates.

In a montage of image, sound and text, Tinne Zenner and Eva La Cour interweave two parallel, but nevertheless closely connected stories, between the monumental building Overformynderiet in Copenhagen, and the Greenlandic marble quarry in Maarmorilik. Documenting the renovation of building’s marble facade in 2019, the exhibition establishes a speculative interplay with forgotten film footage shot by Danish government photographer Jette Bang in Maarmorilik in the 1930s. Zenner and La Cour propose that the production of images can be considered as situated layers of geopolitical relations, through which the building’s facade becomes a concrete materialization of historical and colonial relations in the relationship between Greenland and Denmark.

Meet the artists behind all three works on March 29.