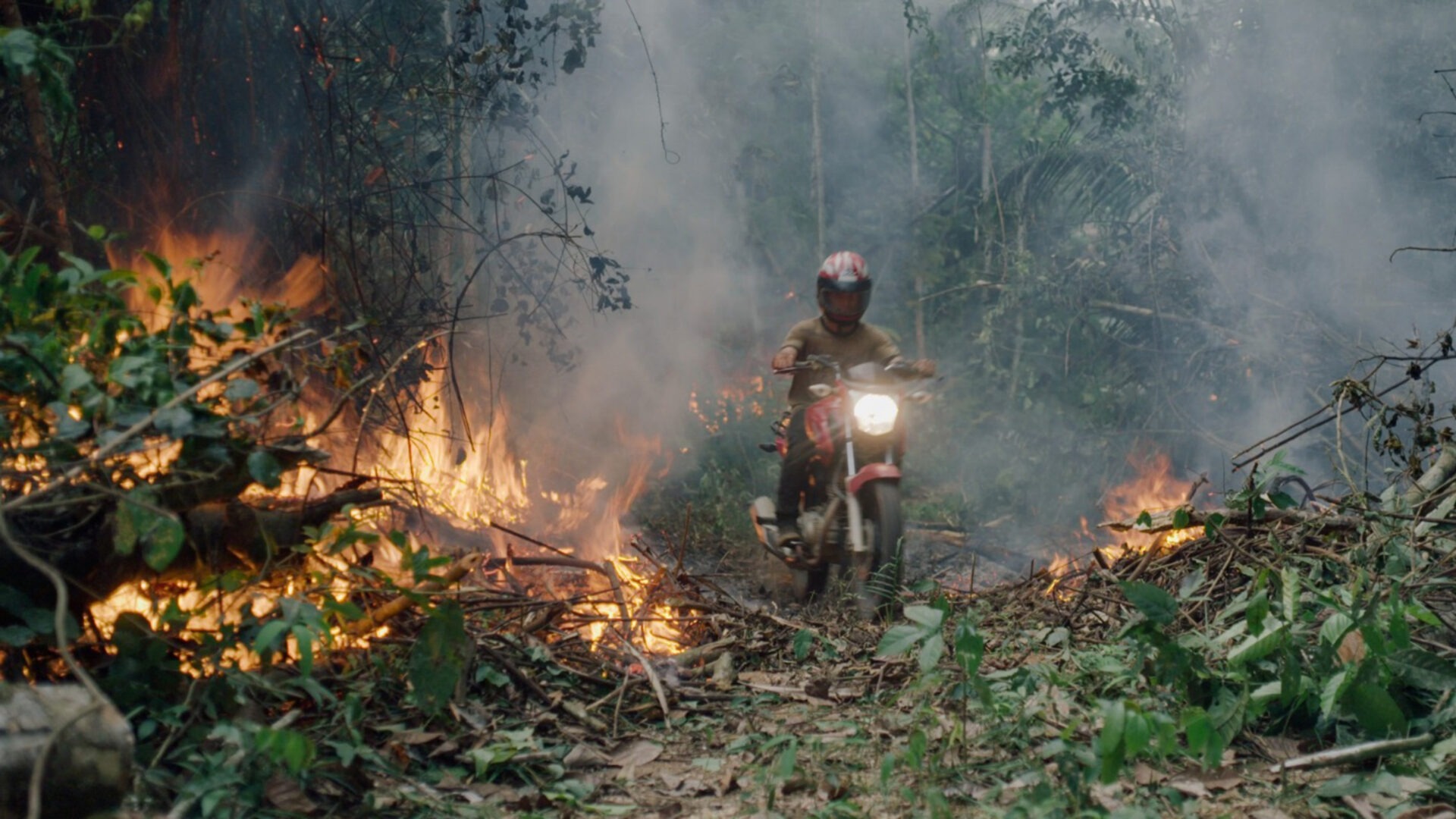 A network of government-backed farmers is eating into indigenous territory in the Brazilian rainforest, but a local activist and his team are fighting back with a video camera as a weapon.

Here is a film that can really get your blood boiling. In the Brazilian rainforest, a battle is being waged between the last of the indigenous Uru-eu-wau-wau tribe and the farmers who – with President Bolsonaro at their backs – are slowly eating into their otherwise protected territory. But young activist and leader Bitate has no intention of giving up without a fight. Together with his mentor, Neidinha, he is mobilising an army of self-taught journalists to patrol the jungle and catch the land grabbers in action. With a video camera as their only weapon against the chainsaws, Bitate and his men risk their lives to stop the clearing of the forest before it’s too late. ‘The Territory’ is a highly dramatic documentary in which the battle between right and wrong runs the gamut of emotions, but above all it is a furious and phenomenally compelling tale of courage and resistance.

March 27: At the premiere in Grand Teatret you can meet the film’s director Alex Pritz, Uru-eu-wau-wau activist Bitate and environmental and Luiza Rabelo, International Forrest Adviser, World Wildlife Fund when we discuss the impact of deforestation in the Amazon on both the climate and the indigenous population. Moderator: Journalist Kim Bildsøe Lassen (DR). The event is presented in collaboration with World Wildlife Fund. Read more about the event here.