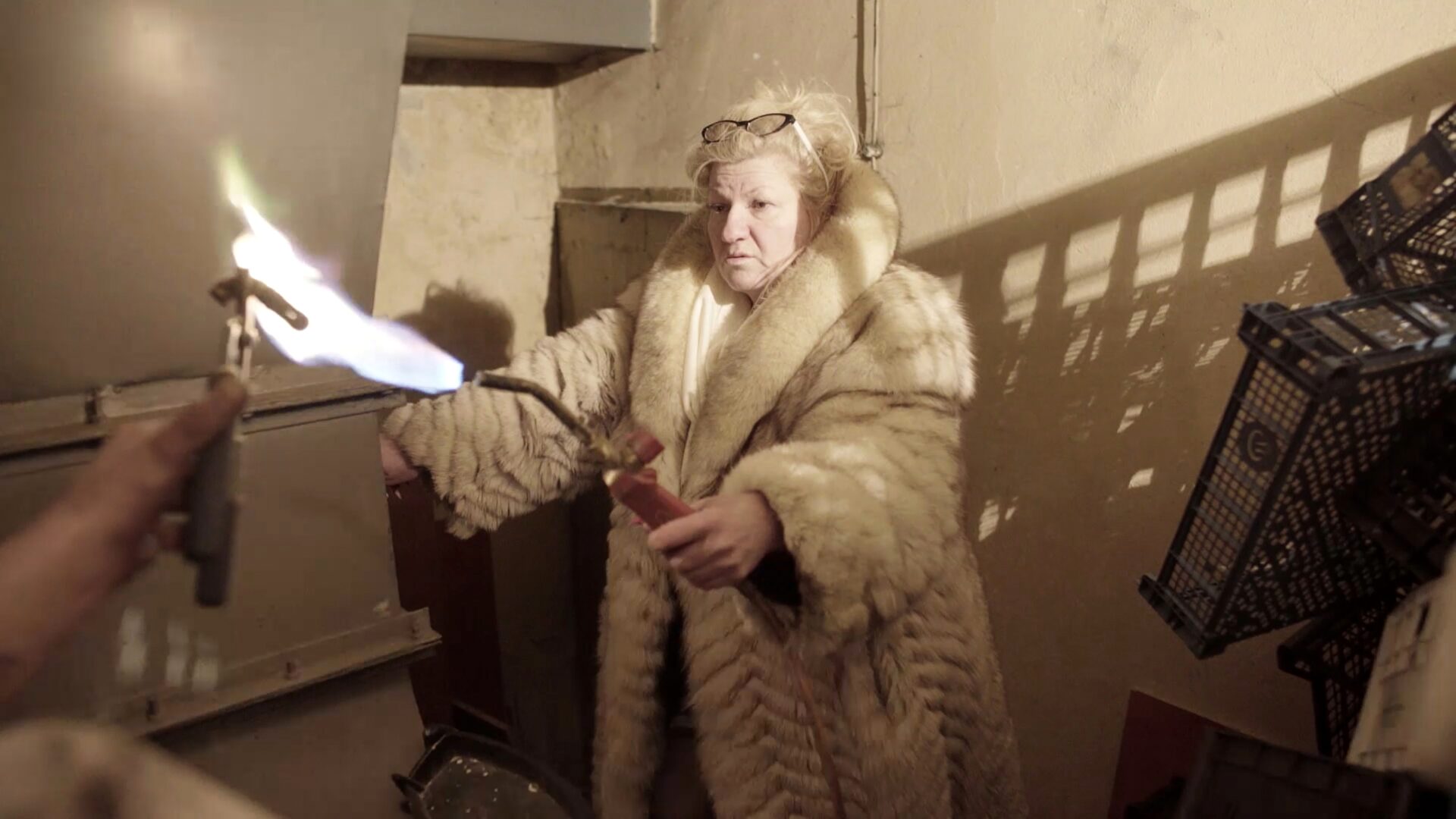 Black docu-comedy from the largest pawn shop in Poland. Times are tough, bankruptcy looms, but then the two choleric proprietors get a bright idea. A hilarious, heartwarming film.

The humour is pitch-black and the cast a true pack of characters. You can find everything your heart desires in second-hand toasters and DVD players at the second-hand palace of the two choleric pawnbrokers, Jola and Wiesiek, who run the largest pawn shop in Poland. You can also have a sausage and a pat on the back if life is hard and your drunk husband has been a pain. But times are tough in the once bustling industrial town, and bankruptcy is looming until Jola and Wiesiek come up with a fresh idea to save the business and give the locals new hope for the town. ‘The Pawnshop’ is a darkly funny docu-comedy with a heart, and with moments of genuine caring. And though they snap both at each other, the customers and their three young employees, the two proprietors also see fit to give a homeless man a bowl of soup and a job shovelling snow, amid all the very low-level conflicts that surround them in their surreal Wunderkammer of a shop.

Meet the director at the premiere March 27 at Cinemateket.