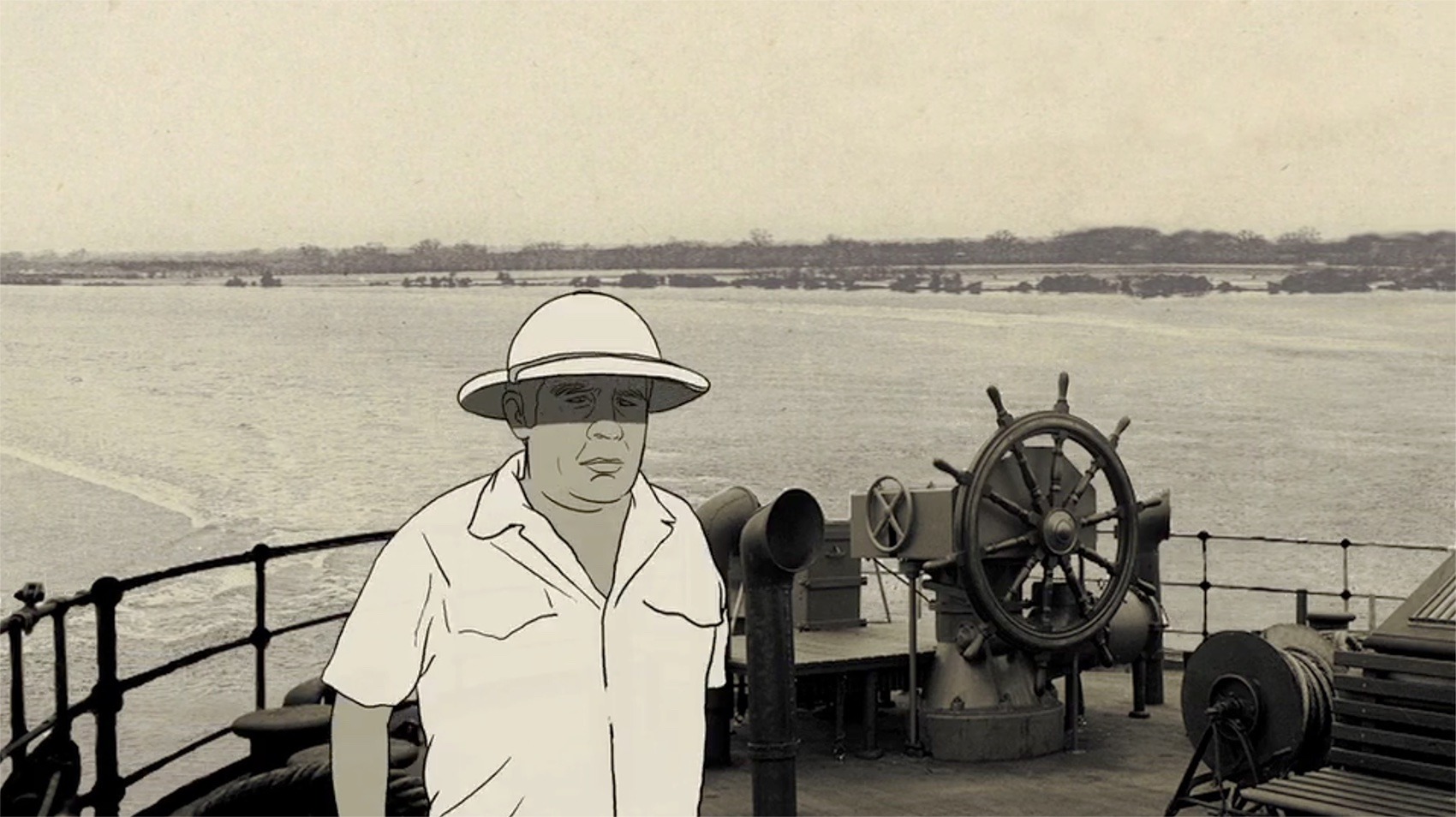 Beautiful hand-drawn animations tell the adventurous story of the filmmaker’s grandfather, an old-school ship captain and seafarer who spent 50 dramatic years at sea before facing up to family life.

Director Simon Bang’s grandfather was a ship captain and seafarer of the old school. A man who could both steer a ship and stop a fight. When he got his first taste of life at sea as a young man, there was no turning back, and for 50 years he sailed the seven seas while having a family in Denmark. Through Captain Goth’s own logbooks, and through conversations with family members, Bang literally draws an adventurous portrait of his grandfather. His eventful life in the service of God, King and country is depicted in beautiful hand-drawn animations by Bang himself. And as Captain Goth’s story unfolds against a backdrop of a turbulent time in world history, Bang has created a beautiful, dramatic and captivating film about an extraordinary man who ultimately had to choose between family and the sea.

March 26: At the screening you can meet director Simon Bang in conversation with author Birgithe Kosovic. They both grew up in the shadow of patriarchal tyranny and drawing on the filmmaker’s personal story, they will share their experiences and reflections on the patriarchy. Who paid the price? And why does it leave a lasting impact on generations to come? Read more about the event here.