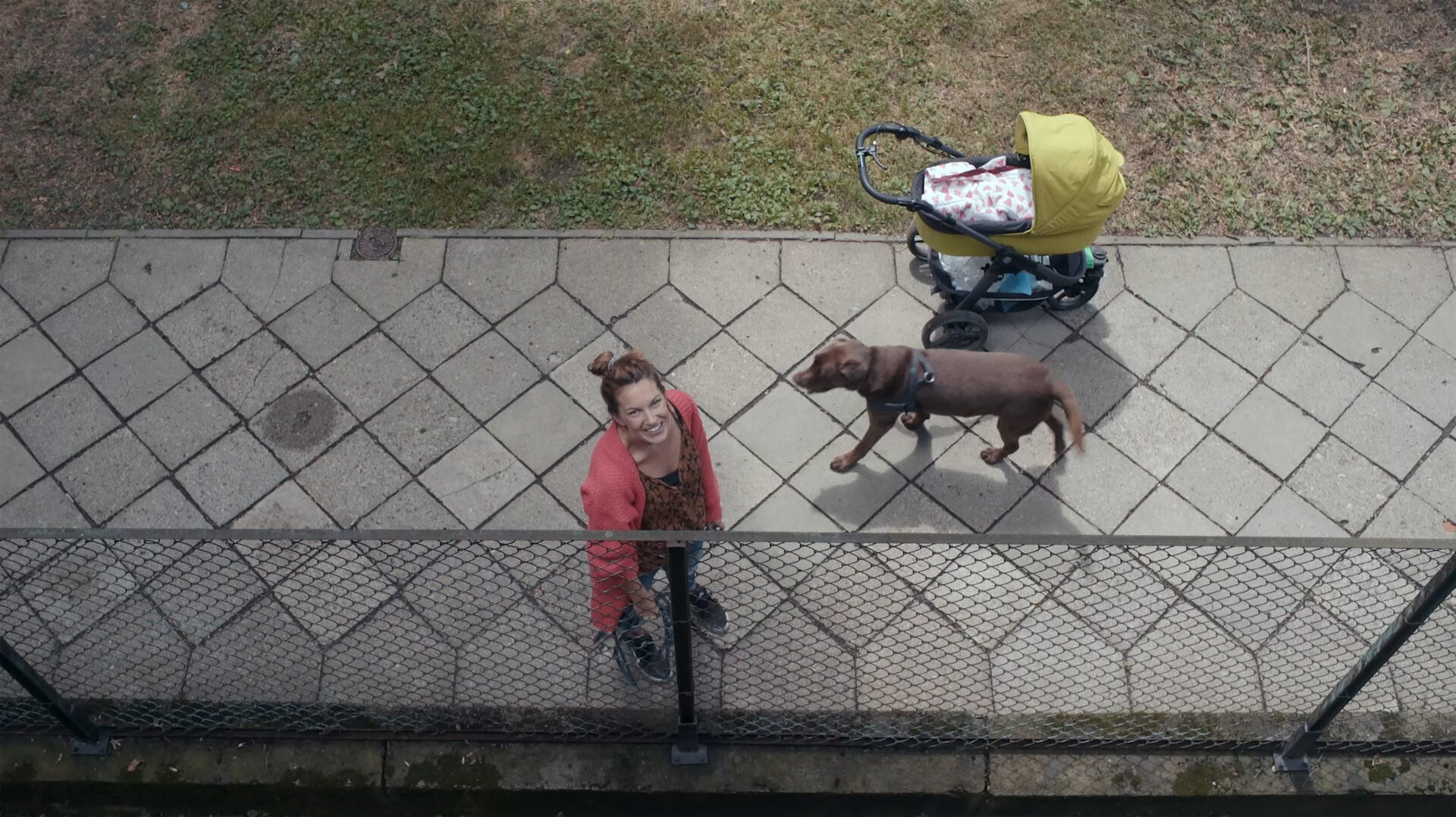 Humanity and the meaning of life as observed from a balcony in a minimalist masterpiece filmed from a single perspective. Winner of the Critics’ Prize at the Locarno Film Festival.

Pawel Lozinski sits on his balcony and asks passers-by about the meaning of life. Some just walk by, others answer briefly, while others stop and start talking. One man has just been released from prison, one has suddenly become happy, several are just walking their dogs, some are singing, one is a furious postman, another is a furious pensioner. Together they develop into a social stream of consciousness. Meanwhile, life goes on around them. Dogs get pregnant, children are born, and spring turns into summer. An eminent and empathetic film from a bird’s eye view, looking at life and people and Poland from above in more than one sense. Sometimes the best films are born from the smallest ideas.