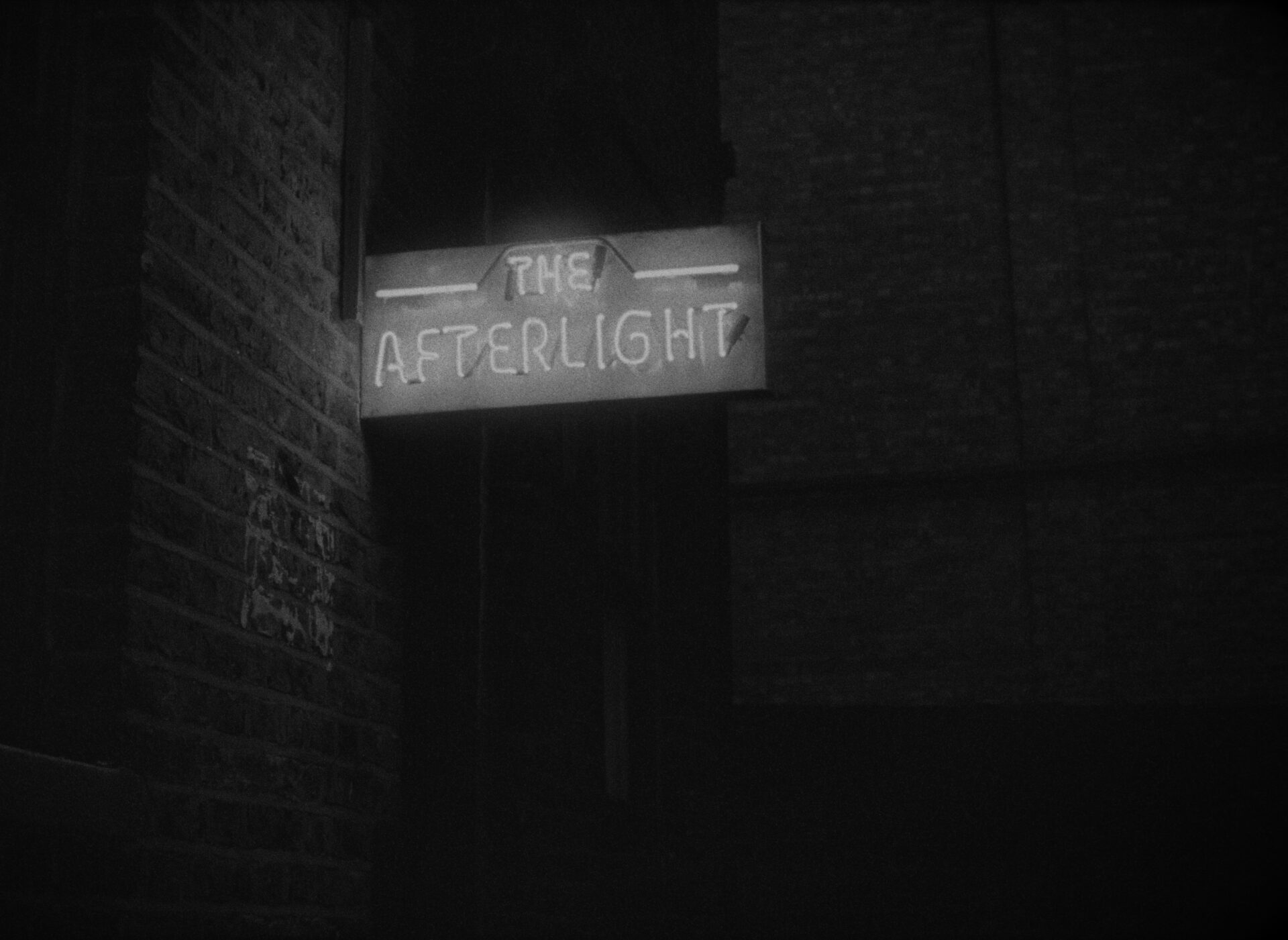 Where does a movie character go when the film ends? Scenes from hundreds of feature films are spliced together in a unique reflection on the film medium and its transience. A work that exists in only one 35mm film print, which is the one shown here.

Where does a movie character go when the film ends? Charlie Shackleton’s ‘The Afterlight’ gives us a possible answer. This unique film exists in only one 35mm print, and consists of scenes from hundreds of historical feature films, spliced together in an enigmatic montage where characters come and go as they try to find their way around the world of the film and its enigmatic plot. The only common denominator is that none of the actors are with us anymore. With each screening of the only physical copy of Shackleton’s work, the print itself becomes a little more worn, until one day it no longer exists. A thought-provoking and singular work that invites reflection on (film) history and its transience.

Meet the director at the screening March 31 at Cinemateket.