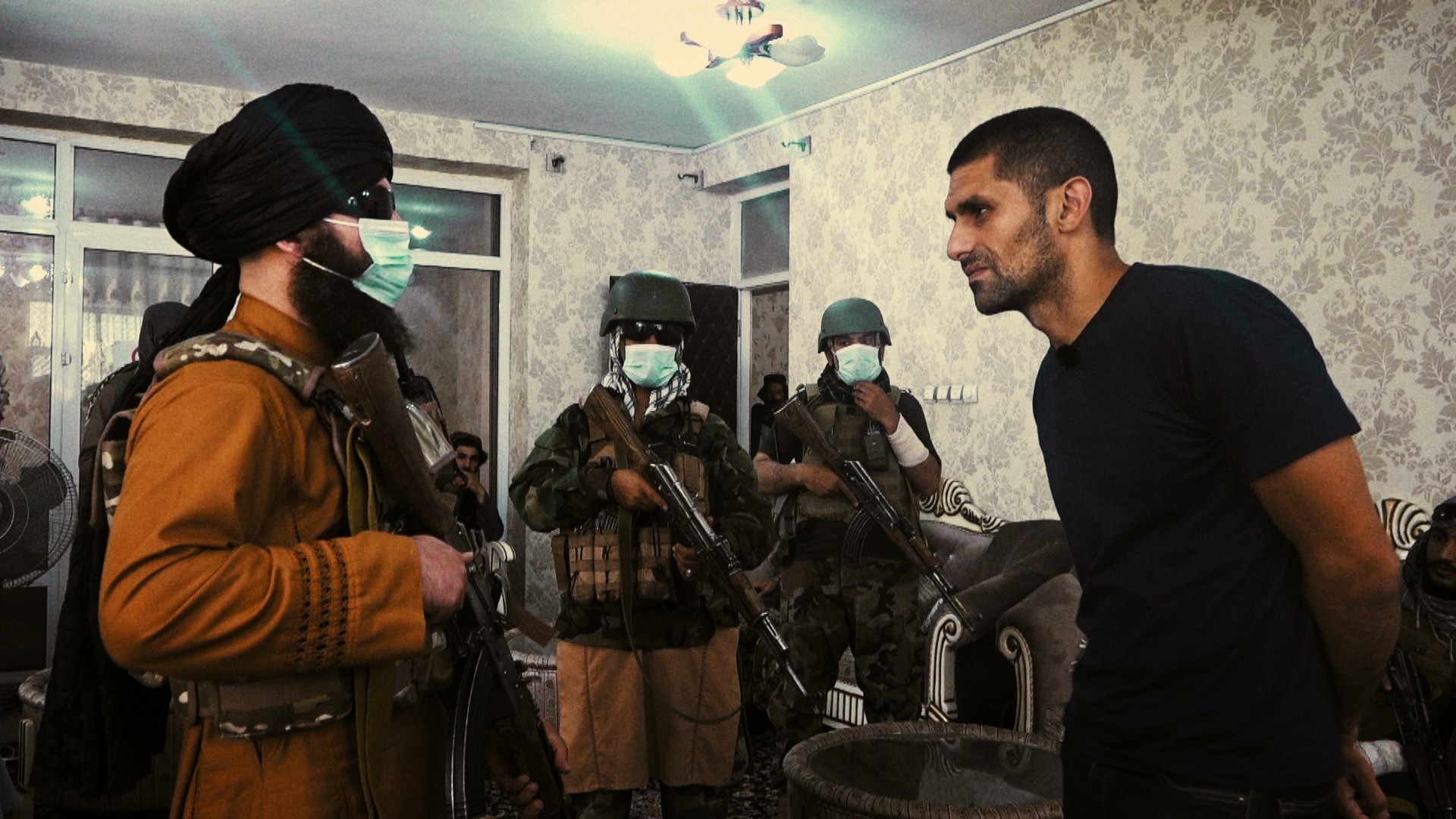 As the only journalist in the world, Cavling winner Nagieb Khaja travels around Afghanistan after the Taliban takeover to paint a portrait of the Taliban and the transition of power.

After decades of war, Afghanistan suddenly falls to the Taliban in the summer of 2021. As the only journalist in the world, Nagieb Khaja decides to tour the country in the chaotic days surrounding the change of power, when no one yet knows how the country’s new rulers will act. While other journalists report from the safety of Kabul airport, Nagieb insists on experiencing the transition with the victors themselves. Along the way, he paints a nuanced portrait of the people behind the West’s enemy image. Taliban Land’ is an account of the Afghan people, who for more than half a century have been the pawns in a great political game with foreign powers.

March 24: At the premiere you can meet the director Nagieb Khaja in conversation with Afghan journalist Wahida Faizi (IMS), Mikkel Trolle (Danish Refugee Council) and former Armadillo expatriate Thomas Lund, as we discuss whether we should cooperate with the Taliban. Moderator: Janni Pedersen (TV2). The event is in cooperation with TV2 and IMS.