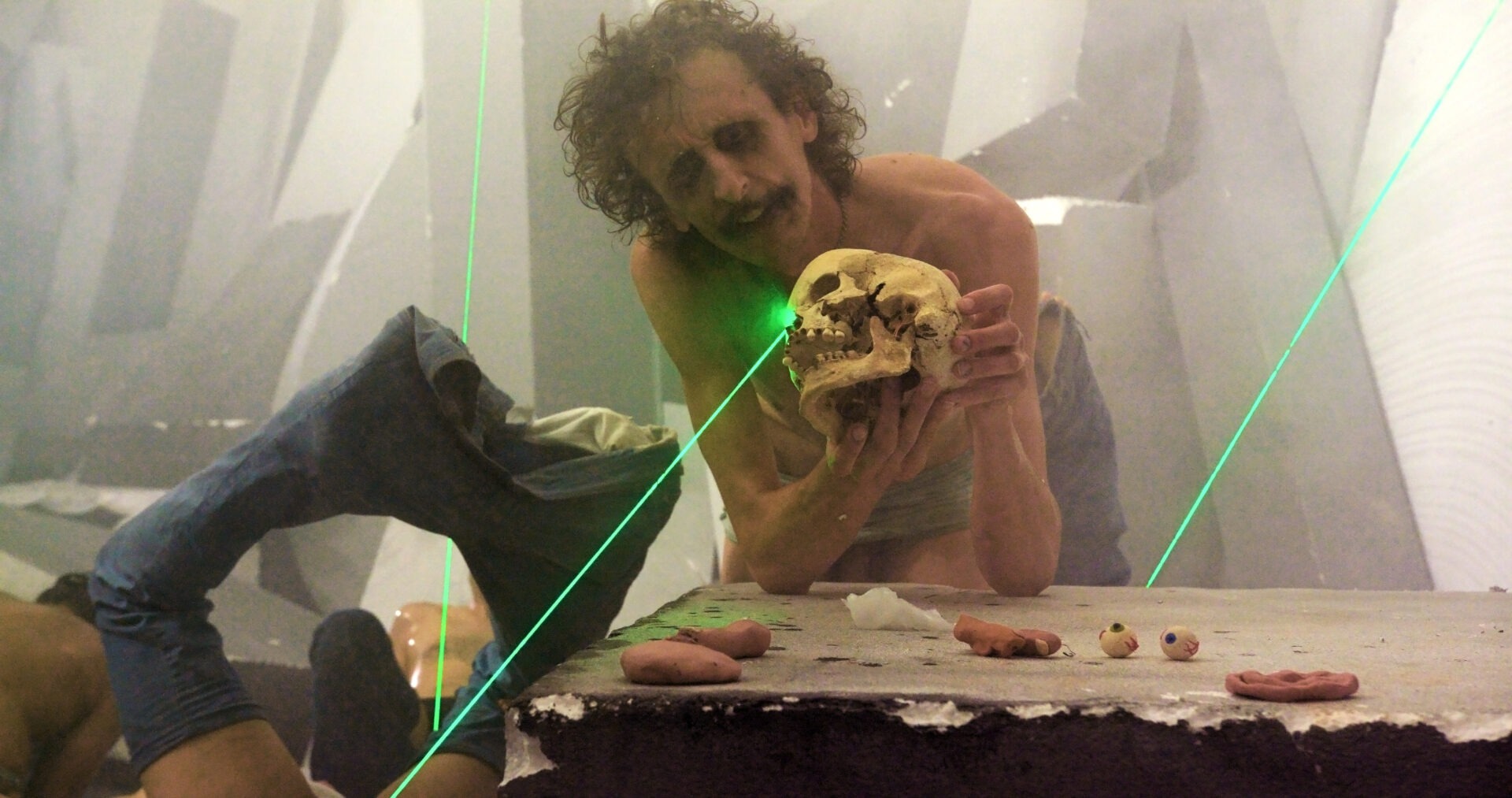 A Viennese exhibition space becomes the site of a collective project, where the boundaries between body and world dissolve in a delirious and darkly funny mirror image of civilisation itself.

In 2019, Liam Gillick and Gelatin took over the Kunsthalle Wien and turned it into a film set composed of massive polystyrene blocks, stacked into monumental structures – complete with a mausoleum and nightclub! – The resulting movie is a radical, improvised collective project that tells the story of four narcissists battling their own desires. Stinking Dawn creates a miniature civilization with a baroque corporeality. It is a fight between autonomy and the rise of the new right, freedom and repression. With bare bottoms and laser beams, masks and a house band: ‘Stinking Dawn’ is darkly humorous, transgressive and political. An unruly, cinematic work in its own right – and a cinematic experience unlike any other.

Meet Liam Gillick and the four members of Gelitin at the premiere March 25 at Cinemateket.