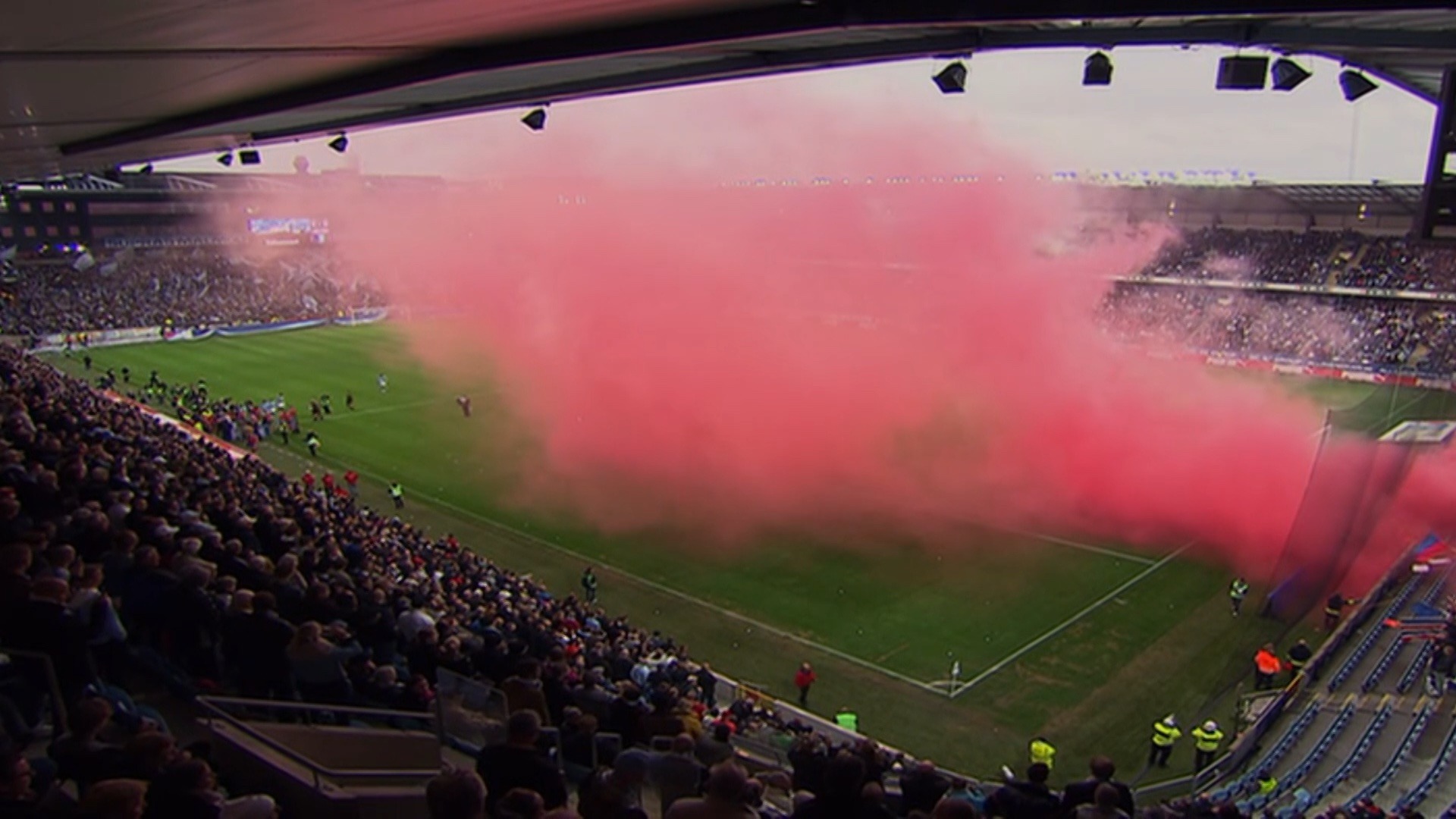 Set to images of an old football match between Malmö and Helsingborg, Swedish artist Sara Sjölin tells the tragicomic story of a failed and destructive relationship with an ex-boyfriend.

Sara Sjölin retells the tragicomic story of her destructive, failed relationship with an ex-boyfriend in great detail in ‘Sportcast 2’, to the images of an old football match between arch-rivals Malmö FF and Helsingborgs IF played out in its entirety – yep! Absurdly funny, (self-)ironic and brutally honest. Sjölin’s deadpan diction introduces a performative dimension to the tale of her stormy relationship with Helmet, an ’emotional colonizer’, and how things later turned out. As the players run, score and fall in the pouring rain, she talks about Helmet and how romantic it all was. About the child inside him, his anger, jealousy and lust. After the first half of the game, Malmö FF is in a commanding lead, and as the intensity of the game fades, Sara goes deeper into her own conflicts. Does Helmet still have the artwork – a nude portrait of herself – she once made for him?

March 30: Meet the director at the premiere at Cinemateket.

April 3: After the screening there will a Q&A with the director.