An epic, cinematic journey around the world’s rivers, narrated by Willem Dafoe and with new music by Radiohead guitarist Jonny Greenwood. This year’s great nature experience on the big screen.

Renowned British author Robert Macfarlane’s tale of the relationship between rivers and humanity comes to life in Willem Dafoe’s dramatic rendition. Together they put into words the impact of the Anthropocene Age on the world’s rivers, illustrated in monumental images from around the world. Rivers have shaped the planet’s landscapes, but today it is humanity’s dams, diversions and water locks that overwhelm nature. ‘River’ is a stream of images that show us the beauty of rivers across continents, but also testify to the impact of humanity on the natural world around us. Radiohead guitarist Jonny Greenwood shares the soundtrack with Bach in this year’s great nature film.

April 1: The Australian Embassy will serve a glass of wine before the screening. The film is presented in collaboration with the embassy. 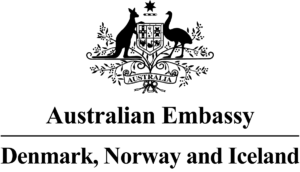