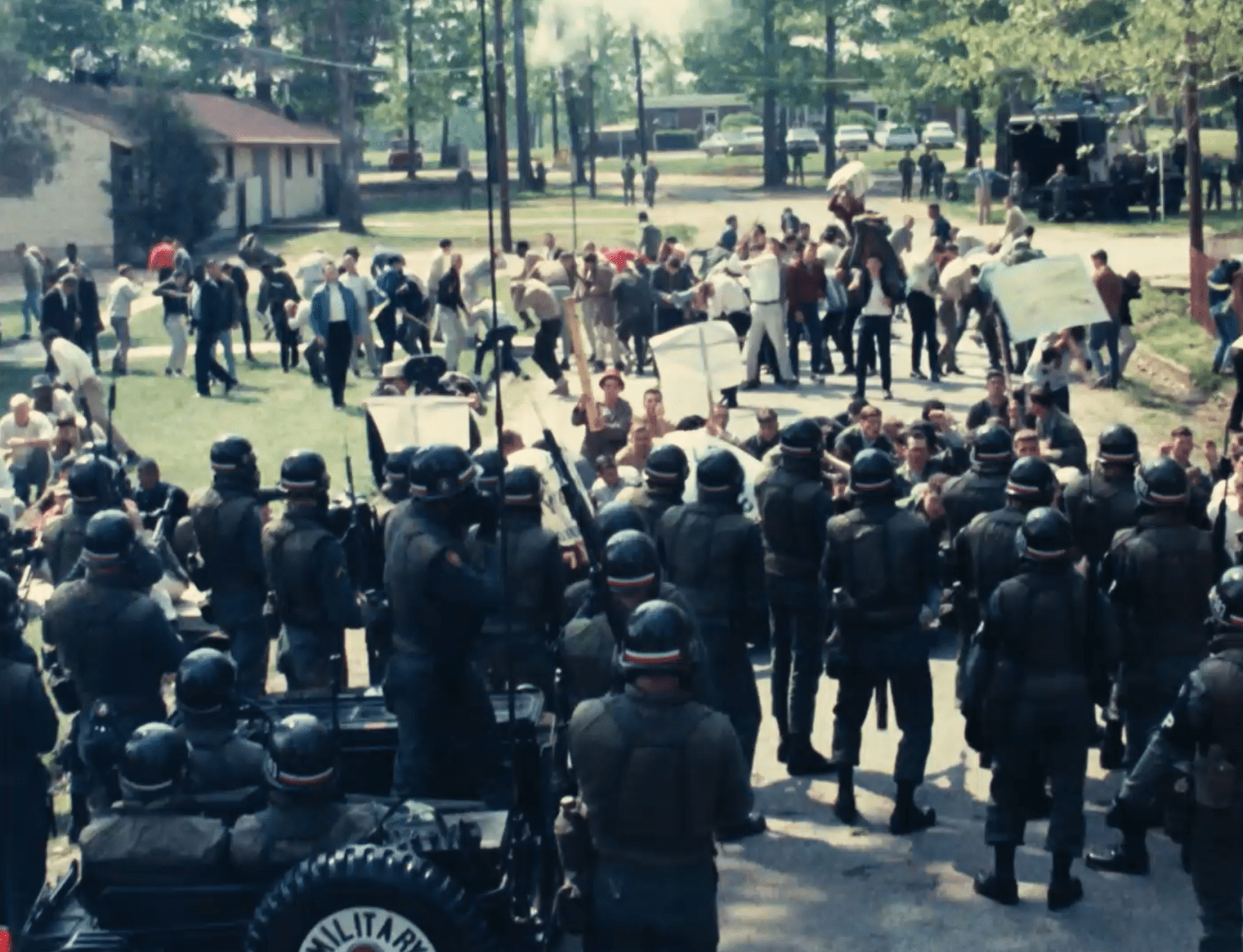 Welcome to Riotsville, a fictional town built by the US military in the 1960s. In an archival collage of upsetting and absurd clips, a history of racism and rebellion in contemporary America is drawn.

The military builds a fake town that looks like a cheap movie set, appoints soldiers to play hippies and rebels, burns the place down – and films the whole thing. In her phenomenal and purely archival collage of absurd, ridiculous and terrifying clips from the military’s own archives and from public TV, filmmaker Sierra Pettengill explores the relationship between authority and the individual, power and resistance, state and citizen. The bad news is that it’s all as topical in today’s polarized United States as it was in the late 1960s, when the army and police were trained to deal with civil disobedience with a heavy hand. On the other hand, it is precisely in her eminent mapping of the mental and political mechanisms behind the institutionalized machinery of power that Pettengill shows us how they end up reproducing the violence and unrest they were put in place to prevent. ‘Riotsville, USA’ is a contemporary essay crafted with furious nerve that speaks to both intellect and emotion across time and place.

March 31: After the screening, meet the director for a Q&A in the Social Cinema. Afterwards, the Youth Editorial transforms Charlottenborg into a nightclub and invites you to a party with karaoke, DJ’s and free drinks! Get tickets for just the film, or the film+ party.

March 31: Directors Sierra Pettengill and Nataša Urban (The Eclipse) will explore how the aesthetic usage of archive material can display the past while portraying the present. Read more about the event here.