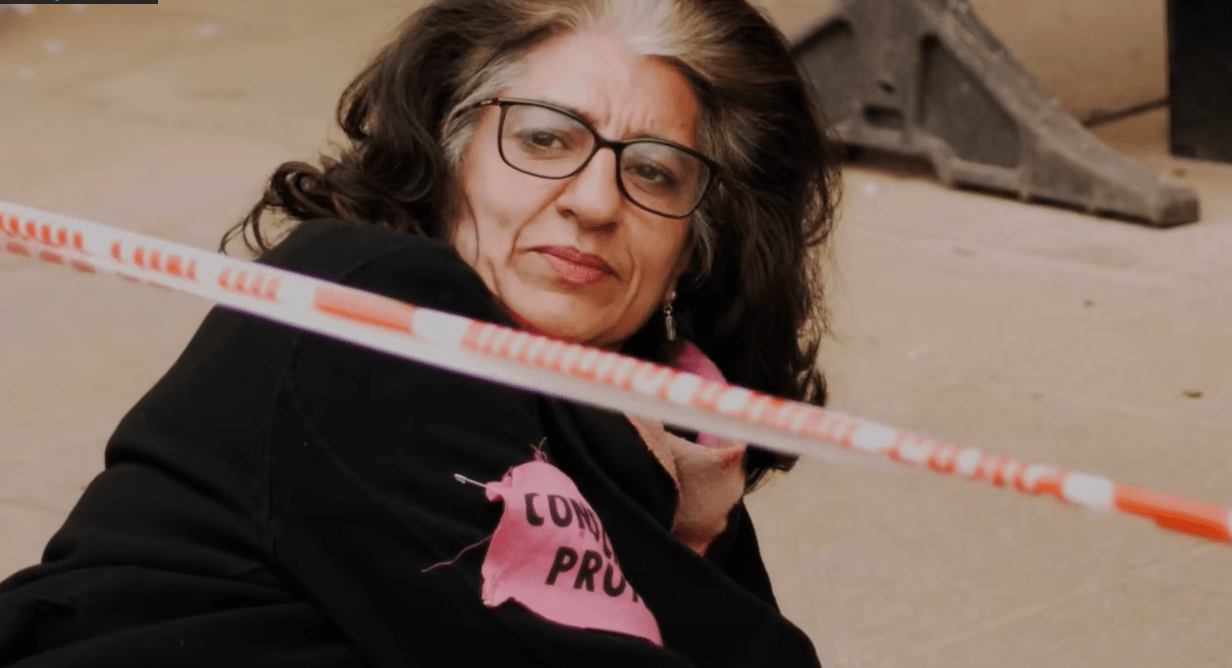 Extinction Rebellion from the inside over three years, where climate activism reached the front pages while internal disagreements over methods and civil disobedience threatened the ideals.

In April 2019, climate activists Extinction Rebellion held its first major demonstration in London. To the surprise of the media, the action actually worked and the UK became the first country in the world to declare a climate emergency. But with its success, the internal differences in the loosely-knit network also became clearer. Factions emerged, not least between the wing led by lawyer Farhana Yamin, and the rebellious civil disobedience of Welsh farmer Roger Hallam. Through actions, demonstrations and internal meetings over three years, ‘Rebellion’ tells the inspiring story of a group of passionate activists who mostly have in common that they have had enough. And where some burn bright while others burn out.

March 29: At the screening, we invite you to a talk about climate activism in Karens Minde Kulturhus. Meet Anna Bjerre Johansen from the Green Student Movement, Terese Hauschultz from Extinction Rebellion and local Sydhavns activist Kaj Jessen. A vegan meal will be served before the film. Moderator: journalist Peter Bjerregaard.
Read more about the event here.