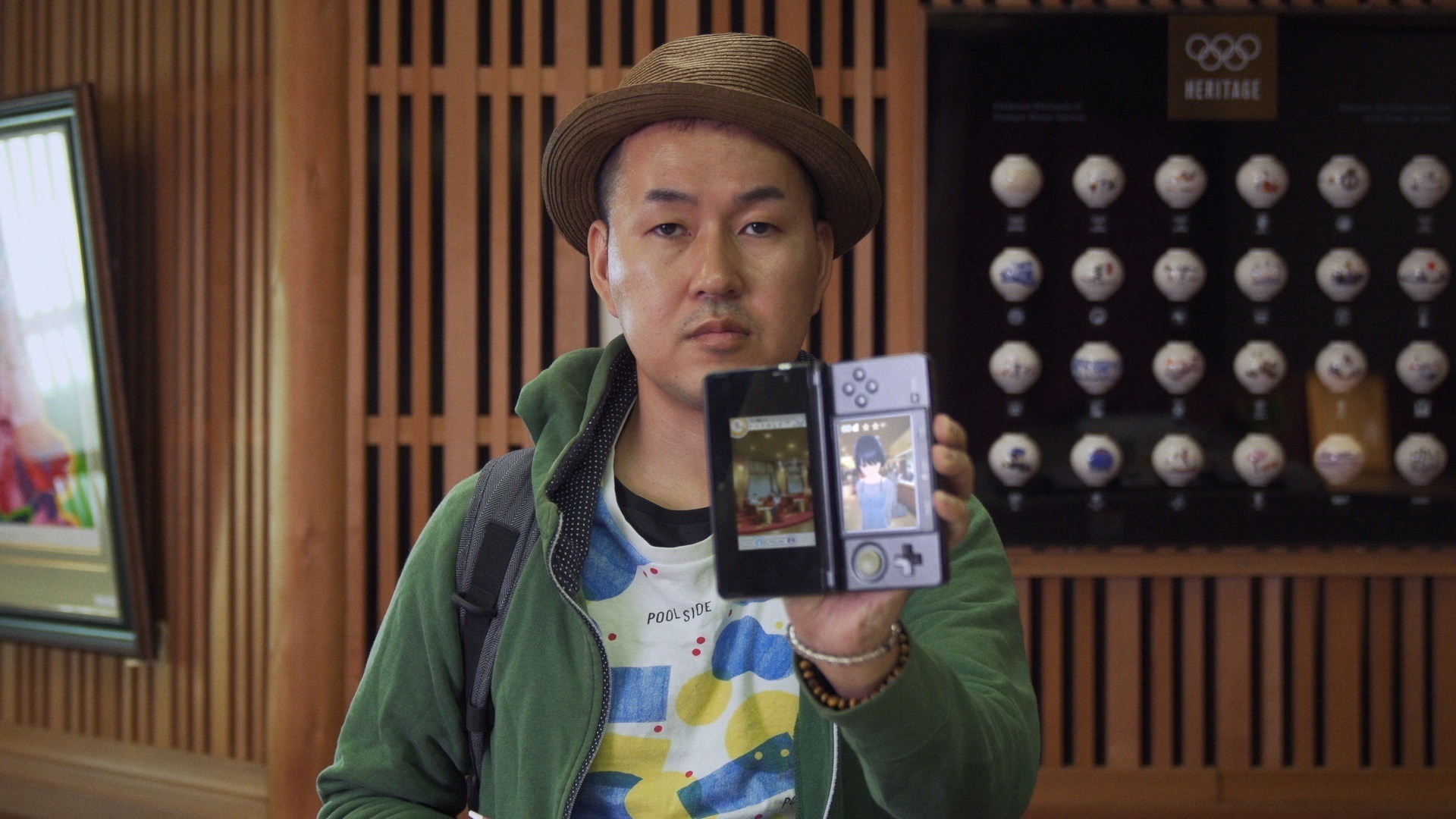 Can emotions be artificial? Technology and psychology merge in an ethnographic fiction-hybrid from modern Japan, where three adult men have fallen in love with a fictional character from a computer game.

Three Japanese men have fallen in love with the fictional Rinko, a character from the popular video game Love Plus. Their virtual romance has led all three to a hotel in the coastal town of Atami, where they have checked in to enjoy a weekend in the company of their digital girlfriend. Form follows content in the ethnographic hybrid film by French-Japanese directors Kaori Kinoshita and Alain Della Negra, which through performative reconstructions explores the fluid boundaries between technology and psychology – and between documentary and fiction – with contemporary Japan as the high-tech forefront.