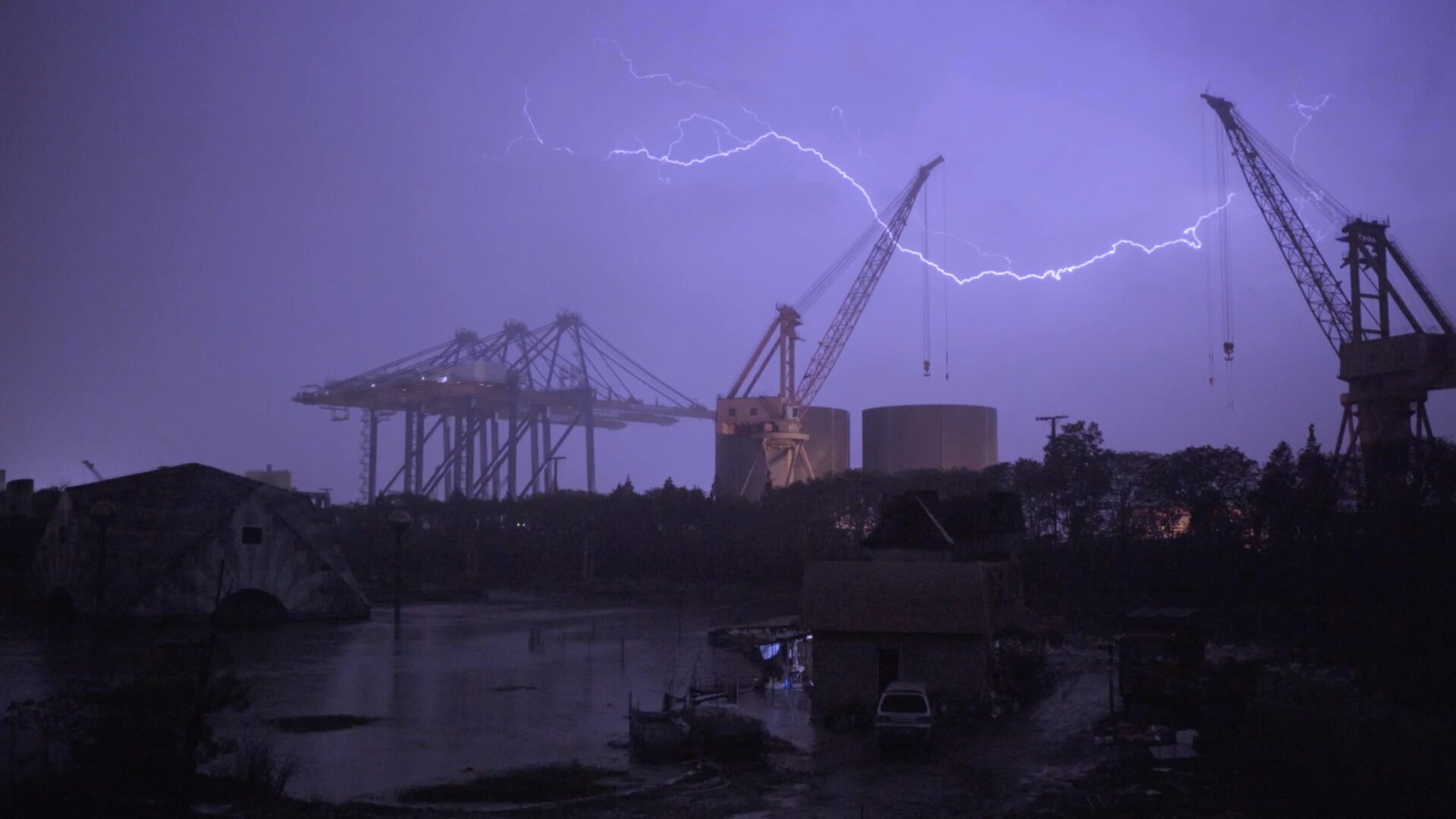 PARKLAND OF DECAY AND FANTASY

Technology and spirituality are parallel forces in an abandoned and possibly haunted Chinese amusement park taken over by outsider artists. An enigmatic work of a great, dark beauty.

Paranormal activity, telepathy and other supernatural phenomena form a parallel reality in ‘Parkland of Decay and Fantasy’, set in an abandoned Chinese amusement park where a small group of outsider artists now live and work. Technology and spirituality are not necessarily opposites in China, and Chenliang Zhu’s beautiful and enigmatic film invites us to rethink our notions of both as we meet the recluses who have found a sanctuary in the ruins of the Egyptian theme park which may be haunted by more than its own past. If it is true that at the moment of death, consciousness sends out its last waves of thought into the universe, much like a text message sent from a mobile phone, the old theme park may be an antennae receiving signals from the beyond. Physical, spiritual and virtual realities are layered as the film explores how the gap between the dreams and realities of its wayward residents resonates with the highs and lows of China’s rapid economic growth over the past 30 years.

Meet the director at the premiere March 29 at Cinemateket and on March 31.