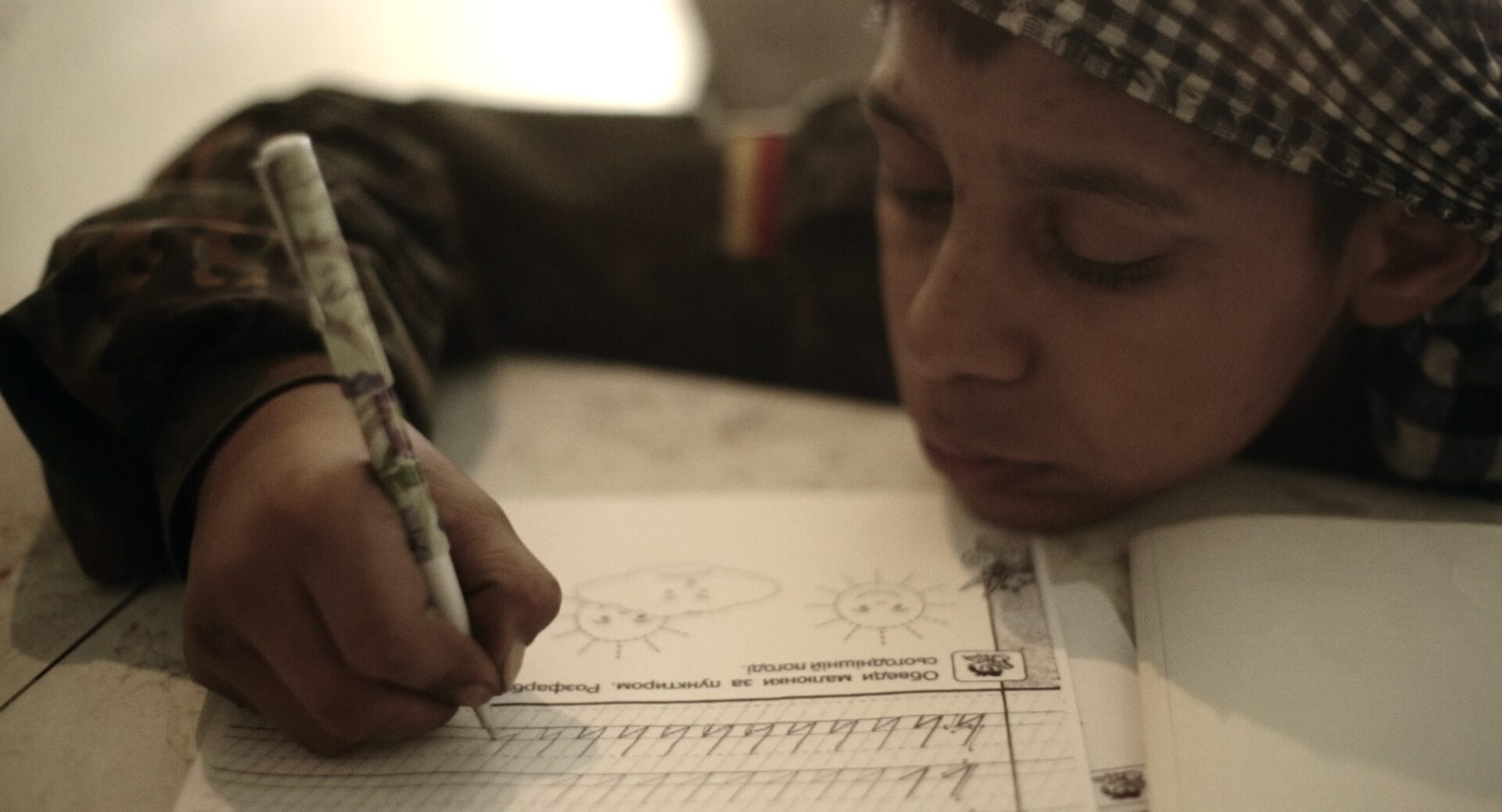 As a 13-year-old boy, he became the poster boy of the Ukrainian revolution. Now Roma is back on the streets with nothing in his pocket but a lighter and a knife. Can he get his life together before it’s too late?

During the 2014 revolution in Ukraine, 13-year-old street boy Roma runs around the front lines of Kyiv throwing stones and Molotov cocktails. He quickly becomes a familiar face and a mascot for the revolution. But behind the camouflage uniform, sunglasses and fearlessness hides a lonely boy from an orphanage who, five years later, turns 18 and is suddenly back on the streets with nothing in his pocket but a lighter and a knife. Roma ends up with his loyal and criminal older brother, who is just as scarred by their shared upbringing. Through phone conversations between Roma and director Olha Zhurba, security camera videos and seven years of footage of Roma’s troublemaking, drug use and drifting through life, a story of a rootless young man and a family scattered to the winds takes shape. The question is, as Roma faces adulthood, can he finally regain control of his life?

Director Olha Zhurba will take part in the premiere March 25 at Empire Bio via a video connection from Ukraine.