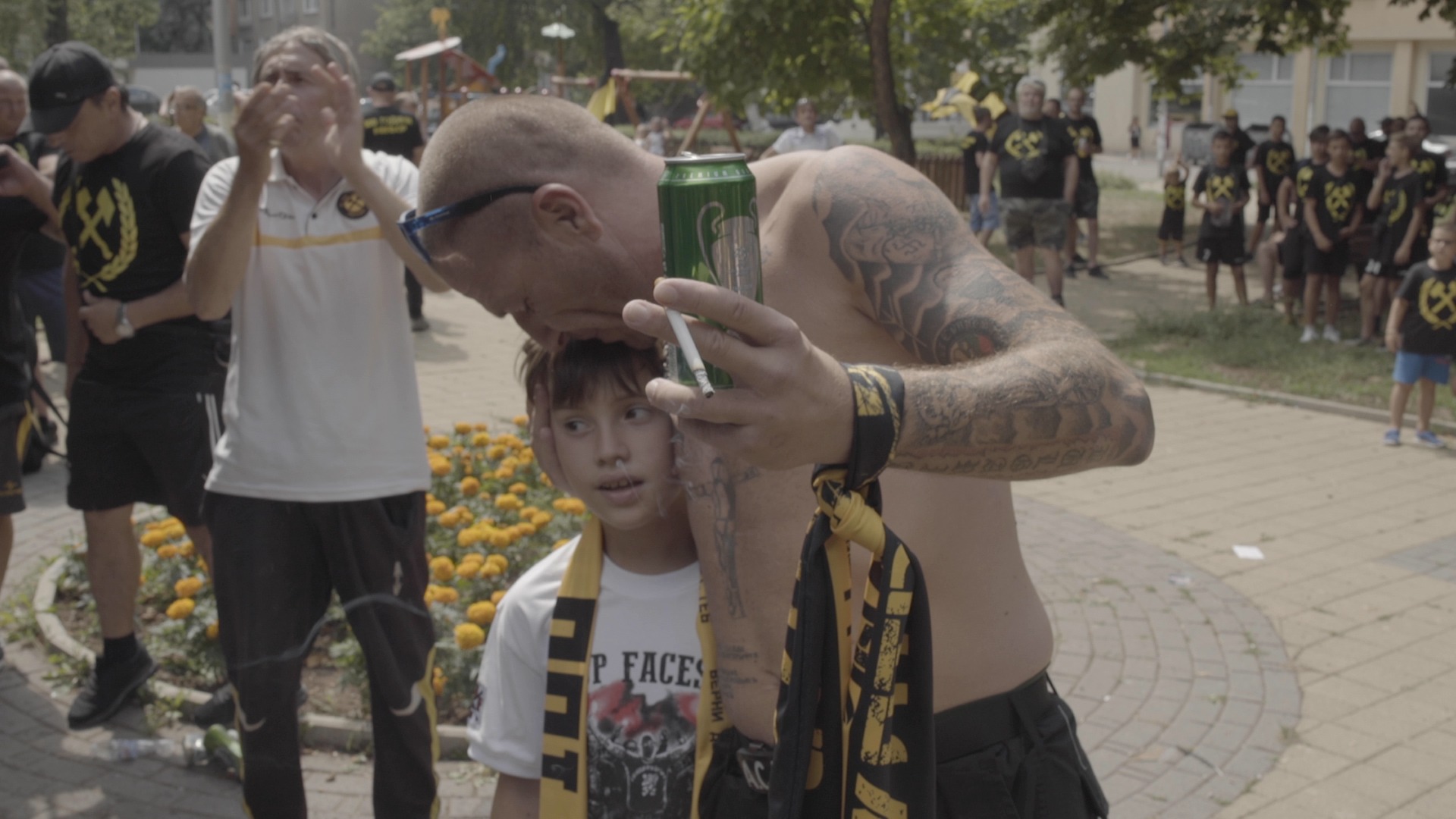 NO PLACE FOR YOU IN OUR TOWN

The hard life of a hardcore football hooligan in a Bulgarian mining town where operations have long since shut down and the future looks bleak. But is there another side to his tough and violent facade?

Tsetso is a hardcore hooligan, skinhead and single father. There’s not much for him and the other men to look forward to in Bulgaria’s toughest town, Pernik – at least not on the other side of the weekend, when they gather at the town stadium to watch the local team. They couldn’t care less that their team is playing in the third division, for them the club is everything. It gives them an identity, the game is a sanctuary and the stadium a site of unabashedly toxic machismo. But is there something else behind the tough and violent facade? Tsetso’s self-image and the cohesion of the whole group suffer a blow when he falls seriously ill and is hospitalised for months. Nikolay Stefanov’s first feature as a director slowly creeps under the skin and into the minds of the tattooed hooligans of the once thriving mining town. And beneath the swastikas and tribal mentality, the tough men and women of Pernik might nevertheless share a desire for a different and better life.

Watch ‘No Place For You in Our Town’ on DOX:ONLINE

Meet the director at the premiere March 26 at Dagmar.