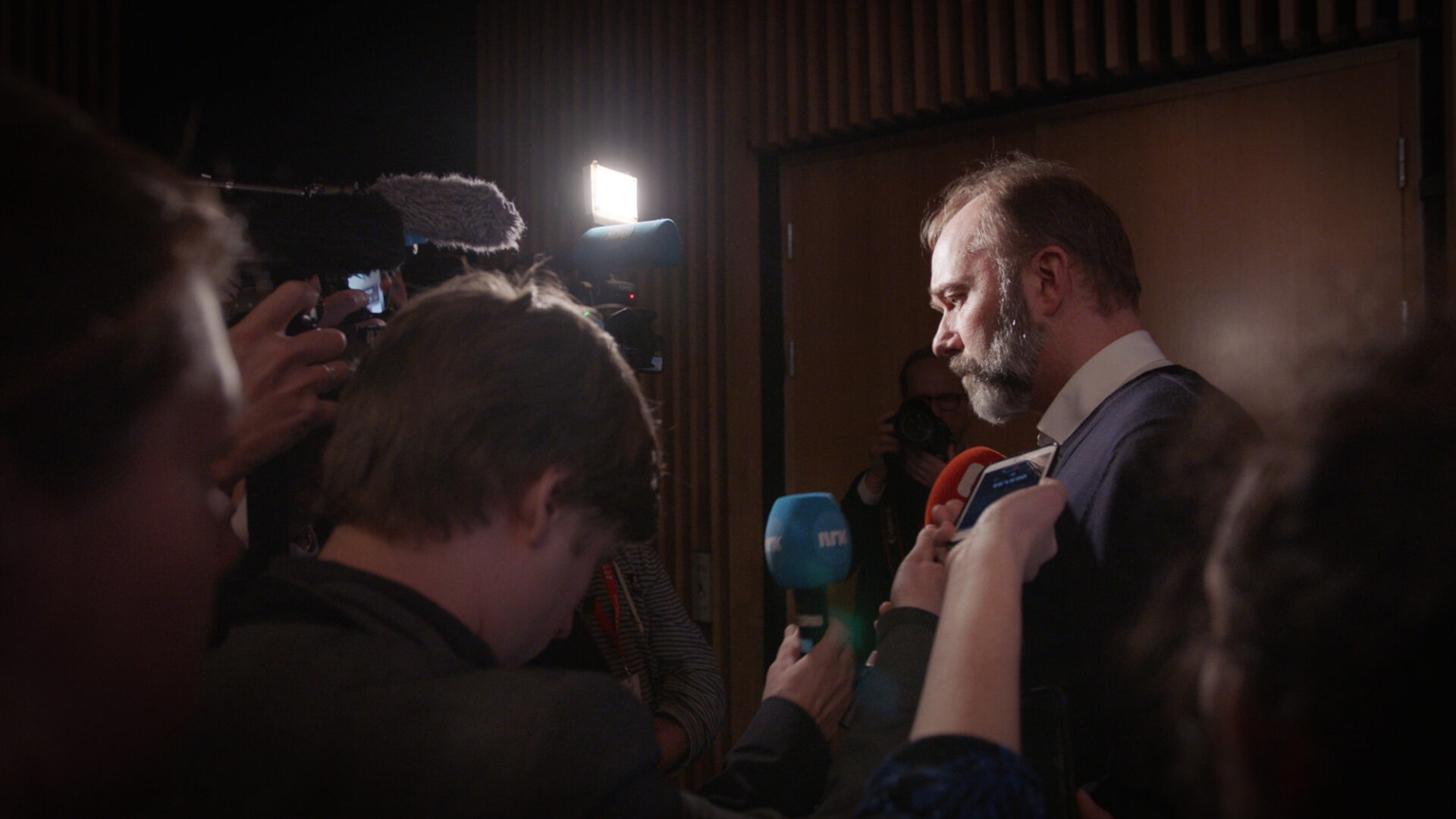 NAME OF THE GAME

In Norway, the former leader of the Labour Party is attempting a political comeback after a #metoo case. But times have already changed. A nuanced, reflective film from a time of political upheaval.

When we meet Trond Giske, the Norwegian politician has already been through the media mill after a major #metoo scandal, and he’s getting ready for a comeback with a new strategy. With big city voters rejecting him, he is looking to the provinces. Established director Håvard Bustnes tags along in the caravan. The film unravels how the former Labour Party leader ended up here, and the forces at play to keep him out in the cold – from the role of the media to political power struggles and the inevitable youth revolt. At the same time, Bustnes asks himself: Why should we hear Giske’s story at all, rather than the victims’?

Watch ‘Name of the Game’ on DOX:ONLINE

March 28: Should we give the mic to the abuser? And if so, how do we do that without committing new abuses against the victims? We will discuss this at the screening with director Håvard Bustnes, one of the directors behind one of the most talked about Danish films about #MeToo, ‘Metoo: Sexisme Behind the Screen’, Line Ritz and spokesperson from Everyday Sexism Project Denmark Iben Hendel Philipsen. Moderator: Marie Louise Toksvig, DR. Read more about the event here.