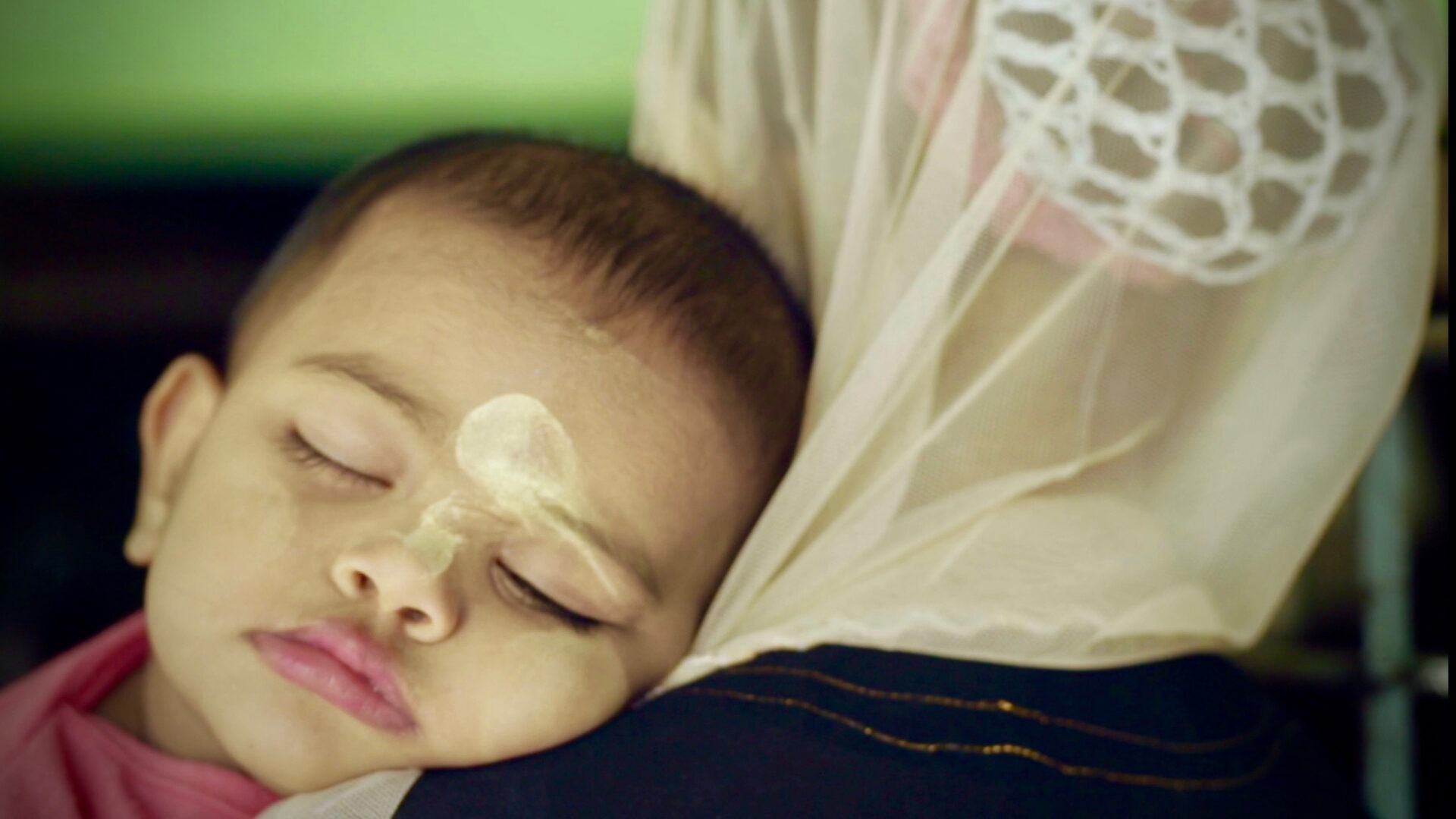 A tale of the complicated relationship between Rohingya and Buddhists in Myanmar, told over five years through the eyes of two midwives from either side of the divide, working together against all odds.

Hla is a midwife and a Buddhist. Her assistant Nyo Nyo is Rohingya, and together they run a birth clinic against all odds in Myanmar’s troubled Rakhine state, where conflicts between Buddhists and the Rohingya minority are simmering. Their clinic is the only one in the area still treating the Muslim minority, who are not allowed to travel internally in Myanmar and are persecuted, driven to flee and killed in the country, where the majority are Buddhists. Hla and Nyo Nyo are themselves on opposite sides of the conflict. Their relationship is that of mother and daughter, teacher and pupil, with all that that entails in terms of love, worries and quarrels. Director Snow Hnin Ei Hlaing has followed the two strong and energetic women over a period of five years as unrest has come to a head and villages burn down around them. ‘Midwives’ is a unique film from a country rarely seen on the big screen, with the duo of Hla and Nyo Nyo providing a microcosm of a complicated and contrasting country.

March 26: At the premiere you can meet the director at Empire Bio.

March 30: At the screening you can meet Senior Researcher on peace and violence at DIIS Helene Maria Kyed, founder of Rohingya Aid Zakaria Abdul Rahim and UNHCR spokesperson Elisabeth Arnsdorf Haslund, when we talk about the conflict in Myanmar and its consequences. Moderator: Emilie Lehmann, programme development advisor (IMS). This event is in collaboration with IMS.