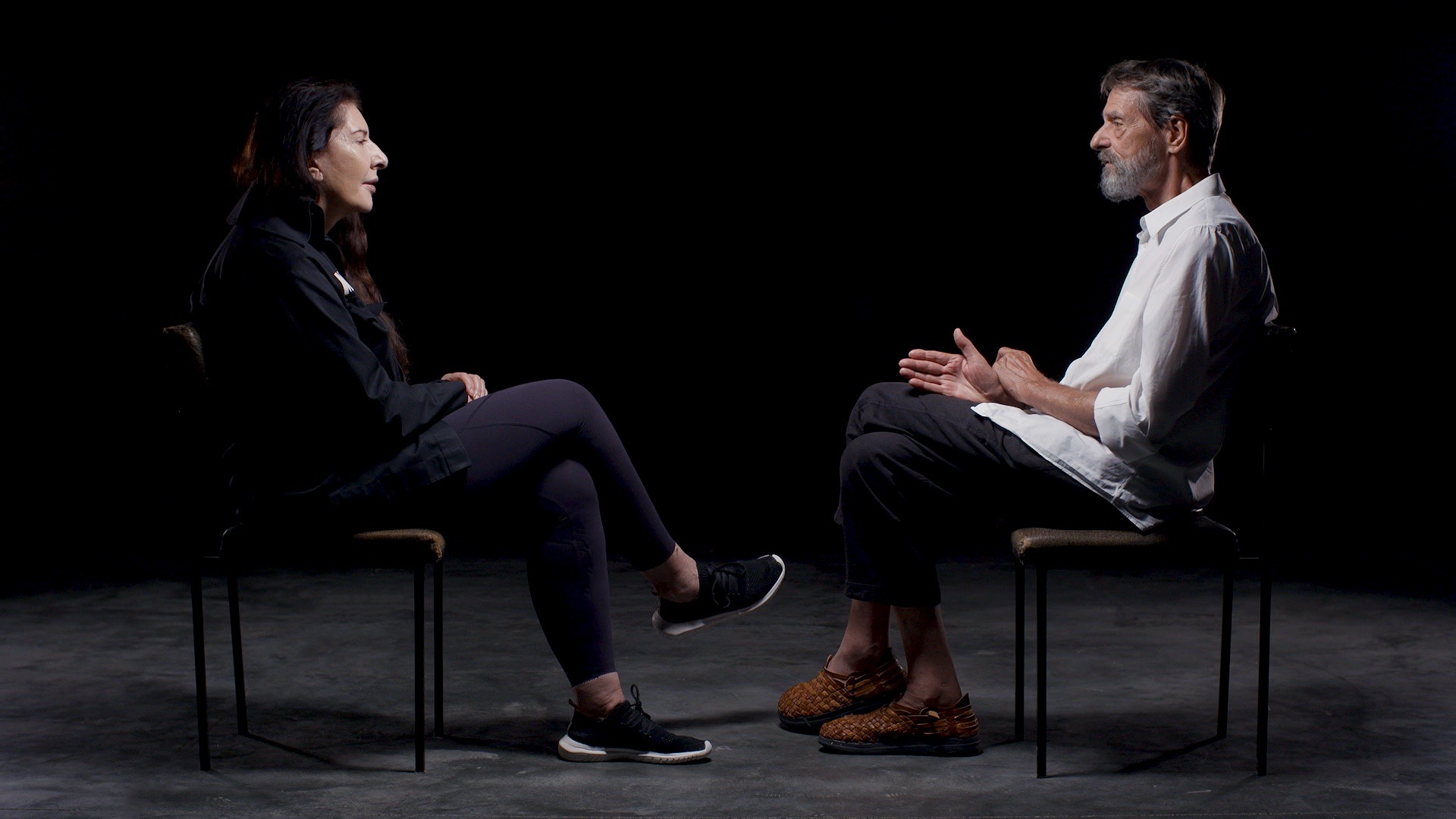 Former lovers Marina Abramović and Ulay meet after 30 years to talk about their lives, legacies, and work. Two of performance art’s most uncompromising names in conversation, no filter.

In 1988, performance artists Marina Abramović and Ulay went their separate ways after many years together both privately and professionally, and after completing one last epic collaboration: walking the entire Great Wall of China from opposite ends to finally meet in the middle. Thirty years later, they finally meet again to talk about their art, lives and the legacy of what they started together. They invited a film crew from Louisiana Museum of Modern Art to document the conversation, and this is the result. The story of how Abramović and Ulay first met is almost a work of art in itself, and then they go through their radical, shared performances piece by piece, illustrated by original documentation on photo and film. Self-critical and unfiltered. Seated in chairs directly opposite each other, there is no room for sentimental chitchat as two of performance art’s most iconic names lay their cards on the table. It is honest, intimate and deeply inspiring.

Meet the director at the premiere March 24 at Grand Theatre.