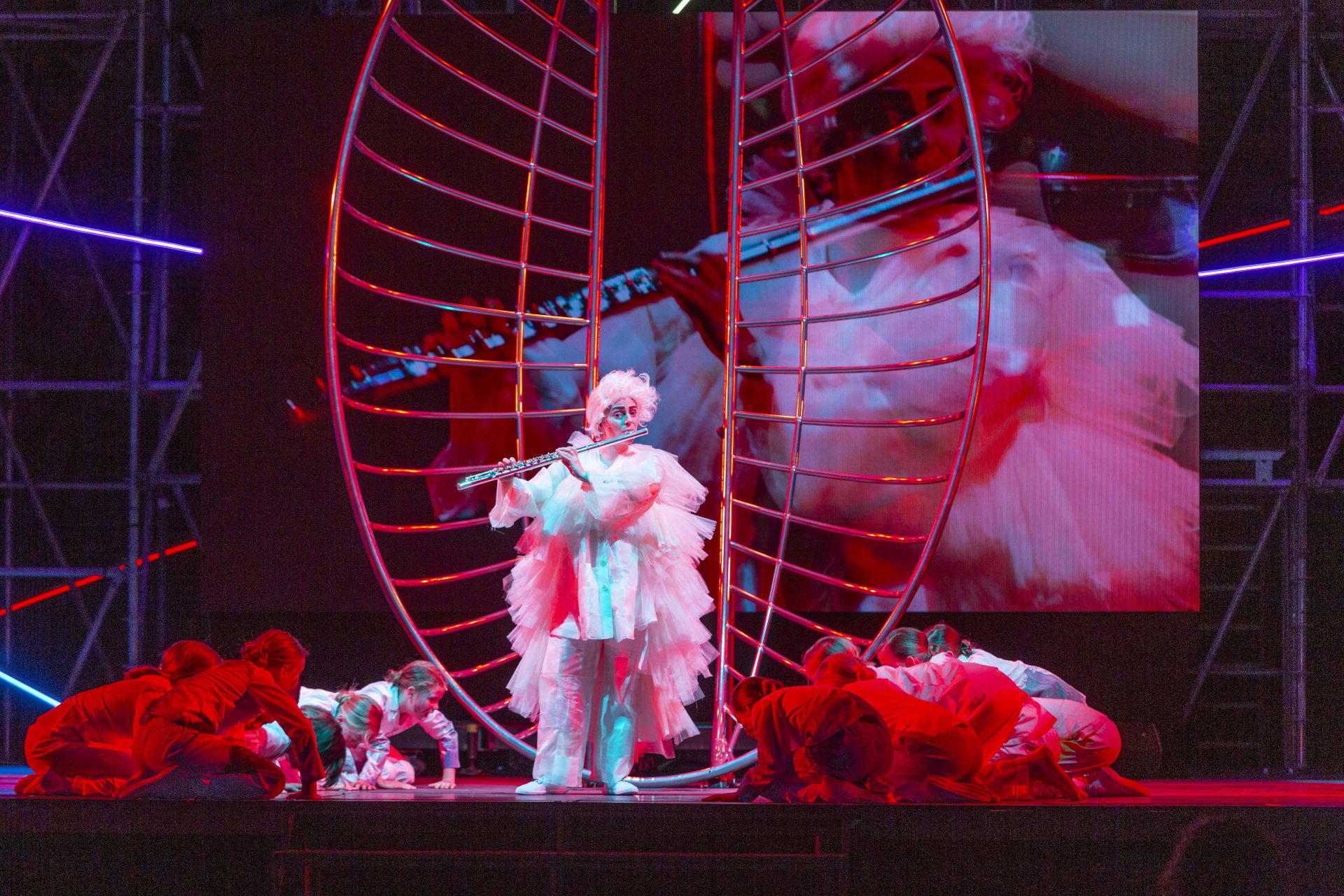 Karlheinz Stockhausen challenged all artistic conventions and everyone around him in a 26-year project to write the opera of them all. A musical maverick, light years ahead of time and place.

‘Licht’ is the most radical project in the history of musical theatre. Composer Karlheinz Stockhausen spent 26 years composing this larger-than-life piece of opera complete with helicopter choreography(!) and a duration of 29 hours(!) to be performed over a whole week(!). Perhaps unsurprisingly, his ultimate masterpiece was considered a brilliant but megalomaniacal and un-performable piece of conceptual art. That is, until 2019 – 10 years after Stockhausen’s death. The director and two of his former partners follow the preparations for the opera’s first performance in the Netherlands, while we get the man’s intricate life story, including that of his estranged son – it’s not (just) for fun that Stockhausen was called Papa Techno!