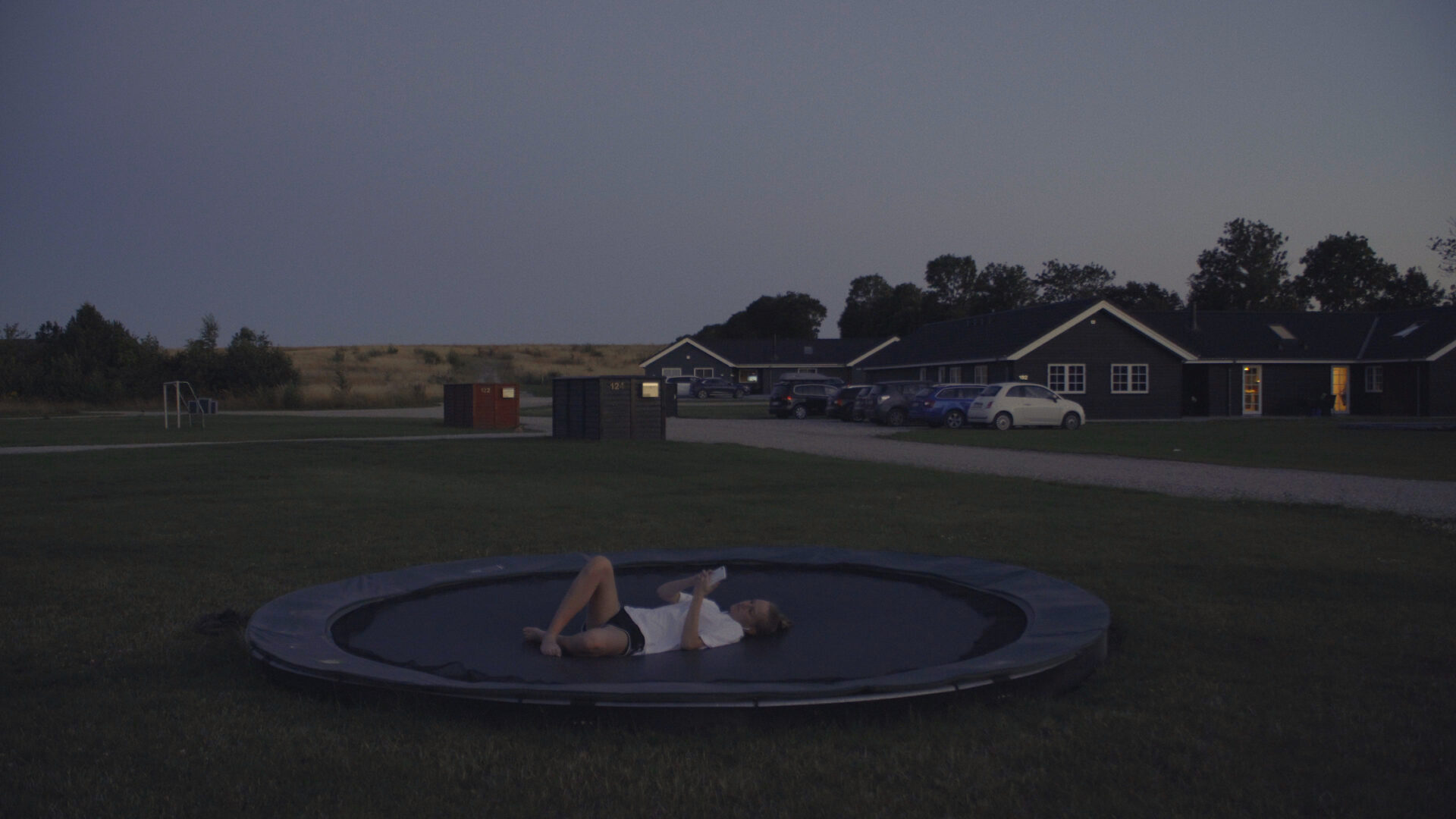 A warm and absurdist tableau comedy about the Danes’ various occupations and uses of their summer houses.

A teenage girl treads water in an indoor swimming pool. An apathetic music duo. A bunch of drunk friends playing a nerve-wracking game of darts. A virtual reality exercising man in underpants. A woman meticulously recounting the daily life of her nervous Shih Tzu dog. And many other special characters in special scenarios make up Adam Paaske’s warm and absurdist tableau comedy ‘Leisure Time – a Summer’s Day’, an anthropological study of the Danes’ various uses of the national treasure: the summer house.

A duo of actors, who are also a real-life couple, play out the same argument over and over again, exploring whether arguments are really only destructive.

The boundaries become blurred as two actors, who are also lovers, explore the conflicts of their own relationship by rehearsing the same scene over and over in a minimalist space. The situation they argue about is trivial, but beneath the surface lies the eternal negotiation of their shared future. Each time they play the scene, they change their emotional starting point, so that irritation becomes anger becomes understanding. And in between the scenes, a space for understanding and change emerges, which ends up asking the question whether an argument is only destructive or whether it can also lead to a new understanding.

Two men hunt through family history for answers that may save a little boy from ending up as knotty as themselves.

When Jacob becomes the father of a baby boy, he is overcome by violent panic attacks. With his newborn son in his arms, he is suddenly confronted with the fear of death, the risk of loss and the idea of being able to pass on the fear. To overcome the fear, he has to examine why he is reacting so violently. And to investigate whether the fear is something that runs in the family blood, he seeks out his father, who finds it easier to shoot an animal than to talk about feelings. ‘Wild Wounded Animals’ is a series of expressive images that tell a personal story about fatherhood, fear and the possibility of breaking bad patterns.

Meet the directors for the premiere on March 24.