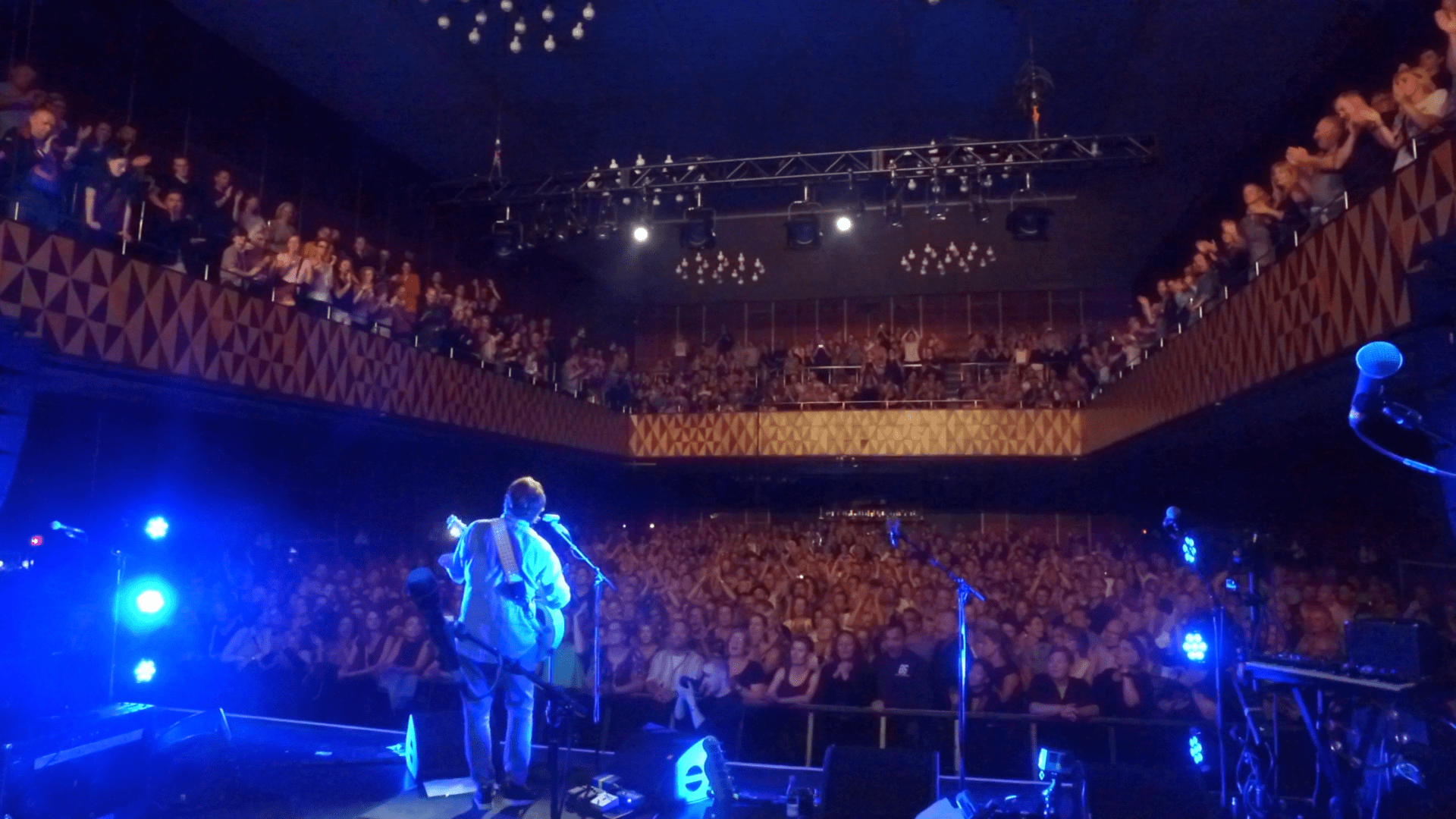 One of the country’s greatest poets and pop singers bows out and bids farewell to 40 years of career with a smashing farewell concert from VEGA in Copenhagen.

In 2016, Lars H.U.G. announced that his recently completed ’10 Seconds of Silence’ tour had been his last. With that, he tied the knot on 40 years of music history with H.U.G. and Kliché on the Danish venues. The last concert was on 1 September 2016 at Store VEGA in Copenhagen, where he and his band played for the fourth time on the tour. The concert spans the entire career of H.U.G., from the very first single with Kliché: ‘Militskvinder’, through the heyday of the 80s and 90s with ‘Elsker Dig For Evigt’ and ‘Natsværmer’, a little pit stop in the bossanova-inspired songs like ‘Backwards’ and all the way to the latest single ‘Altid Lys’. There’s at least one song from each of H.U.G. and Kliché’s nine albums in total.

There’s a cold To Øl beer included in the price and the man of the evening Lars H.U.G will introduce the film!