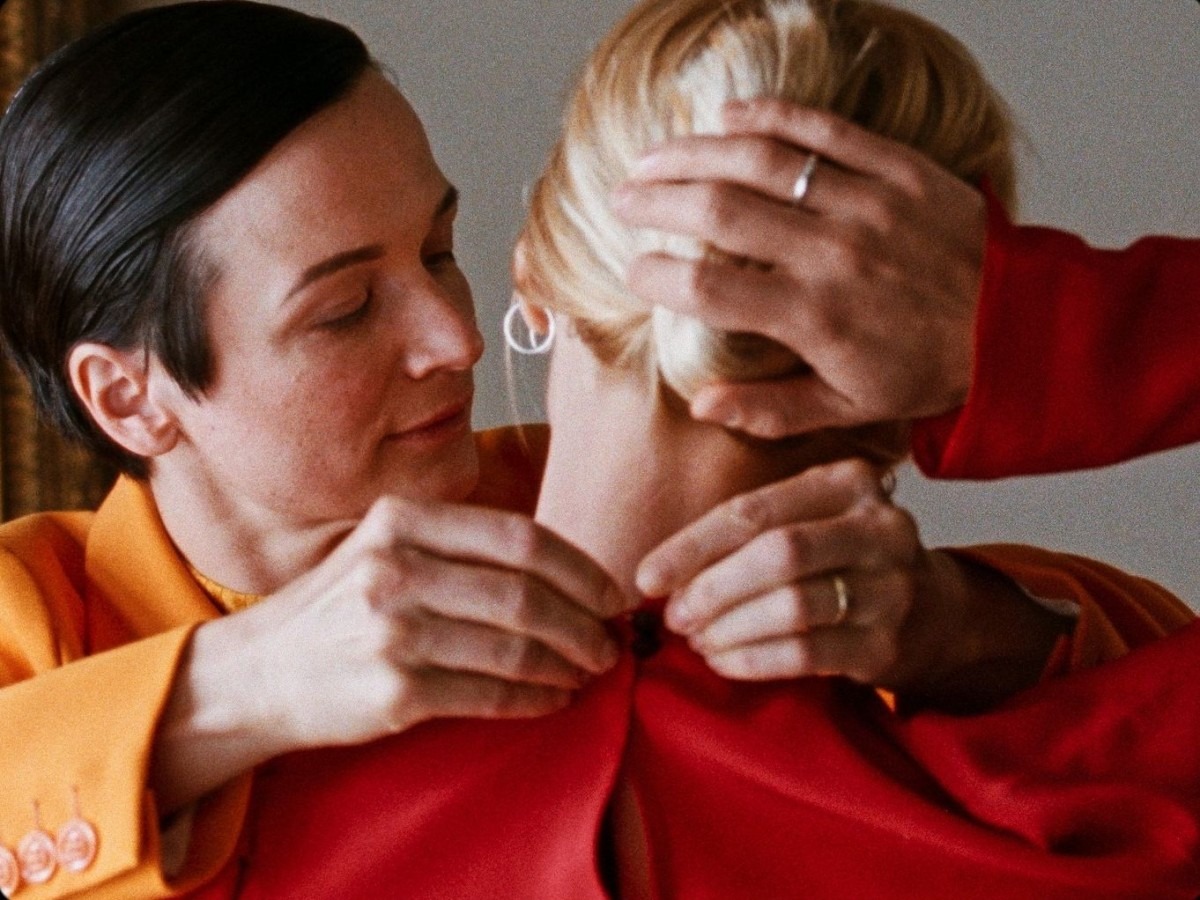 DEAR DARKNESS + ECHODROM + WE KNEW HOW BEAUTIFUL THEY WERE, THESE ISLANDS

A graceful and theatrical work that brings three former friends back together after 20 years in a performative staging.

One of contemporary art cinema’s foremost aesthetes is back at the festival with a new work that lives up to all expectations. Antoinette Zwirchmayr’s graceful staging and dedication to analogue film is a signature that in ‘Dear Darkness’ establishes a closed, analytical universe around the story of three former friends who meet again after 20 years. A stylized performance and chamber play, reminiscent in intensity of Fassbinder’s melodramatic portraits of women, but rounded by a ceremonial sensibility unmistakably Zwirchmayr’s own. Here, the construction of a house of cards and the consumption of a decadent dinner of steamed buntings are rituals that confront the three women with the illusions of our personal narratives with a quiet brutality, even if everything on the surface seems to be under control.

A moving painting and a delirious stream of consciousness, painted in the darkest tones.

Gudrun Krebitz’s dark and romantic ‘Echodrom’ is a delirious mixed media work that the film frame can barely contain. Using the cinema screen as her canvas, Krebitz paints her film in pastose layers on a black background, while a sombre and polyphonic chorus of voices chant their somnambulistic messages bathed in reverb. The moon is the sun of the sleepless, and in its pale blue glow we are drawn deep into the film’s stream of consciousness, from which there are no emergency exits in sight. In a collage of hand-painted animations, 8mm film and an all-encompassing layer-on-layer soundtrack, ‘Echodrom’ is undoubtedly one of the most enigmatic and bewitching works at this year’s festival. A moving painting with a haunting power.

We Knew How Beautiful They Were, These IslandsYounes Ben Slimane / Tunisia, France / 2022 / 21 min / World Premiere

A dark and enigmatic ritual in which a solitary figure moves through a desert burial ground. The objects left behind speak their own silent language.

A lone figure digs a grave in the dead of night. With no dialogue – and no sound other than the wind, the crackling of a fire and the scrape of a shovel against dry earth – we are confronted with a dark and mysterious, possibly cursed, universe where every object seems haunted by a meaning we barely sense, but which seem to confirm our anxieties. The head of an old doll, a comb, a lipstick. Relics whose silent language speaks of the end of their former owners. At sea, in the desert. Younes Ben Slimane’s disturbingly beautiful and melancholic imagery is bathed in darkness and in a golden chiaroscuro, lit only by the stars and the lone grave diggers’ headlamps.

March 29: Meet the artists behind all three works.

‘Echodrom’ is presented in collaboration with the Austrian Embassy in Copenhagen.