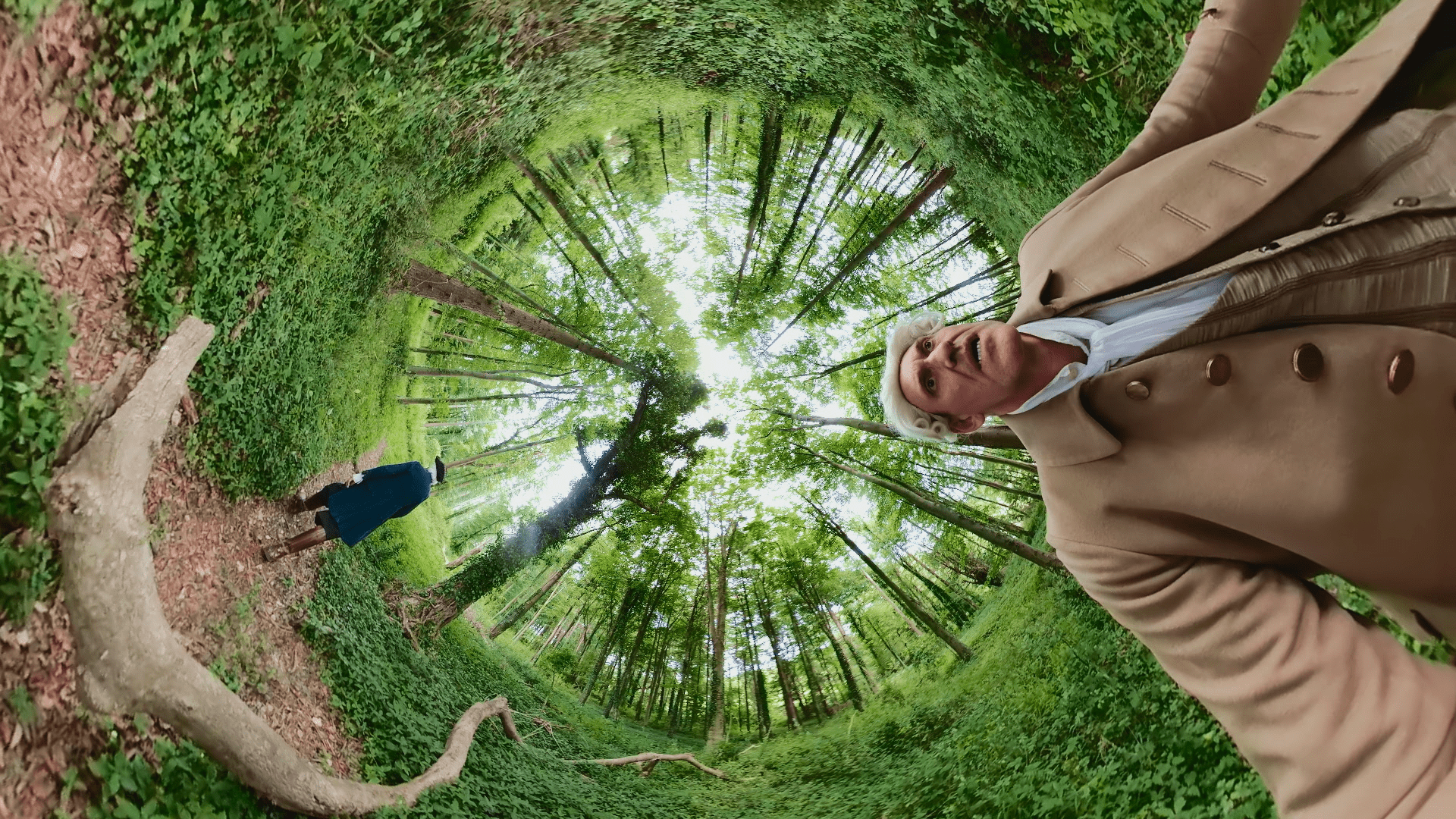 The organic chaos of the world stands in ironic contrast to the Wests’ centuries-old project of measuring, delimiting and ultimately dominating it. A visually dizzying, understated satire.

From the early European records of land boundaries, through the French Revolution, to the ultra-precise high-tech of our own time, the Western world has been obsessed with measuring, mapping and ultimately dominating the world. ‘Constant’ is a dizzying and understated satirical reflection on that obsession, which artist couple Beny Wagner & Sasha Litvintseva stage in two parallel tracks. In one, they themselves participate as a mist of 3D-animated data points, and in the other, two French scientists in 18th-century gear are sent off from Paris in opposite directions – north and south – to measure the distance to the poles. An expedition paradoxically filmed through a globe-shaped 360-degree lens, reminding us that the Earth is round like a cosmic crystal ball and that our symbolic abstractions contrast sharply and ironically with the organic chaos of the world.

Former Romanian dictator Nicolae Ceausescu reappears as a hologram, putting a small village on the other end. A darkly humorous and disquieting, social experiment.

History repeats itself. As tragedy, as farce – and as a digital ghost still wandering through Europe. At least when former head of state and dictator Nicolae Ceausescu reappears in a Romanian village, it is as a hologram speaking to his wondering listeners from the town square in Mihai Grecu’s dryly amusing but politically urgent ‘Nicolae’ – a social and artistic intervention that dissolves the divide between past and present in the former Soviet republic that later became a European dictatorship with Ceausescu as its autocratic head. Now he is back. As a pure digital spirit, but on a burning mission in the service of communism. Village elders embrace modern technology without blinking behind the VR goggles. A social and political experiment that is out of Grecu’s control as soon as it is set in motion.