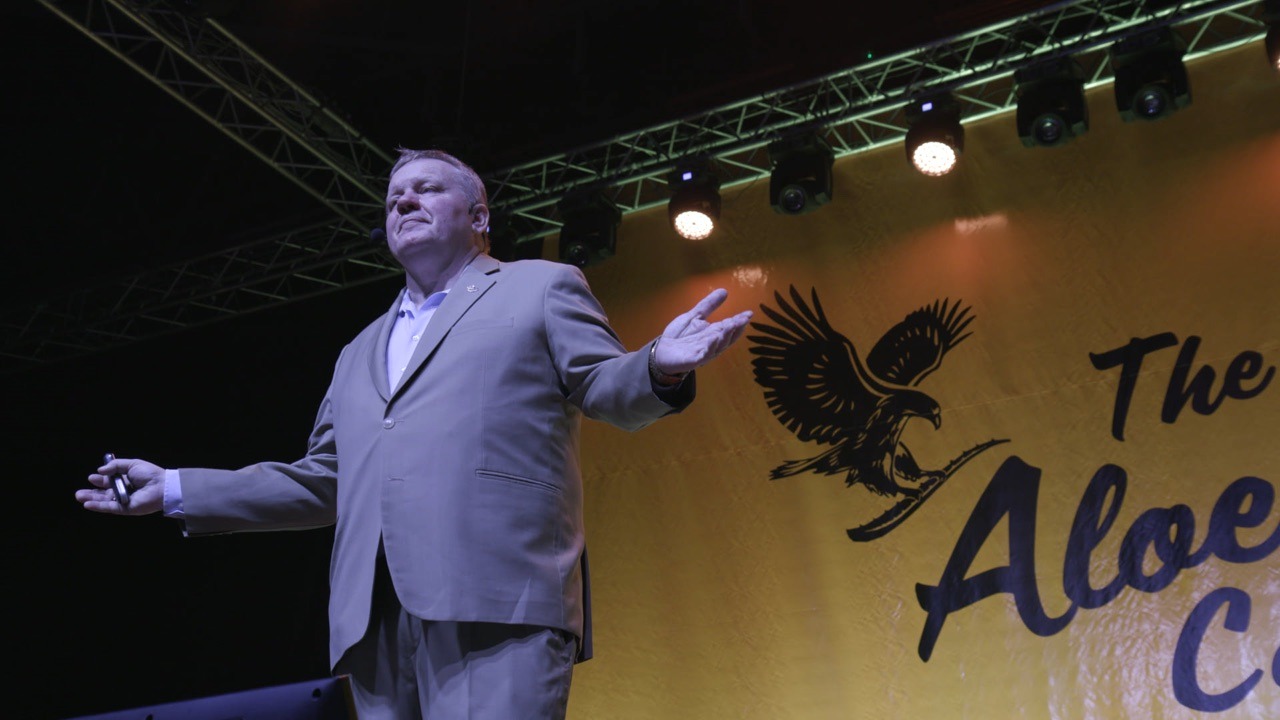 BELIEVER – HOW TO SELL A DREAM

Success, happiness and wealth can come through aloe vera products, says Danish Kim Madsen, who has made a fortune selling the dream. But is the path to success really that simple?

Network marketing, or Multi-level marketing (MLM), is a reviled and adored industry that millions of people around the world are a part of. It is often criticised for being a hidden pyramid scheme where most people earn nothing. No media has ever been allowed inside the otherwise closed billion-dollar industry until now. ‘Believer’ gets up close to Danish Kim Madsen from Frederikshavn, who is one of the best in the world at network marketing. For more than 20 years he has been recruiting people for one of the world’s largest network marketing companies, US-based Forever Living Products. Today he is Diamond Manager and belongs to the absolute elite of sales people in Forever. Madsen has earned millions of dollars and is hailed as a superstar at events and rallies around the world. But how did Kim from North Jutland become a world star? And who is he really? Kim Madsen has lived a turbulent life, growing up in poverty, in orphanages and with several failed businesses behind him.

March 28: At the screening there will be a panel debate about what Network Marketing really is. Why is it attractive for some? Why does it look like a pyramide scheme for others? And what are the working conditions for the sellers? Meet protagonist Kim Madsen, Professor MSO at CBS Richard Jones, author Sanne Udsen and psychotherapist and NLP Business Master Edit Moltke-Leth. Moderator: Karen-Helene Hjort, TV2.

March 30: Meet the director after the film for a Q&A.