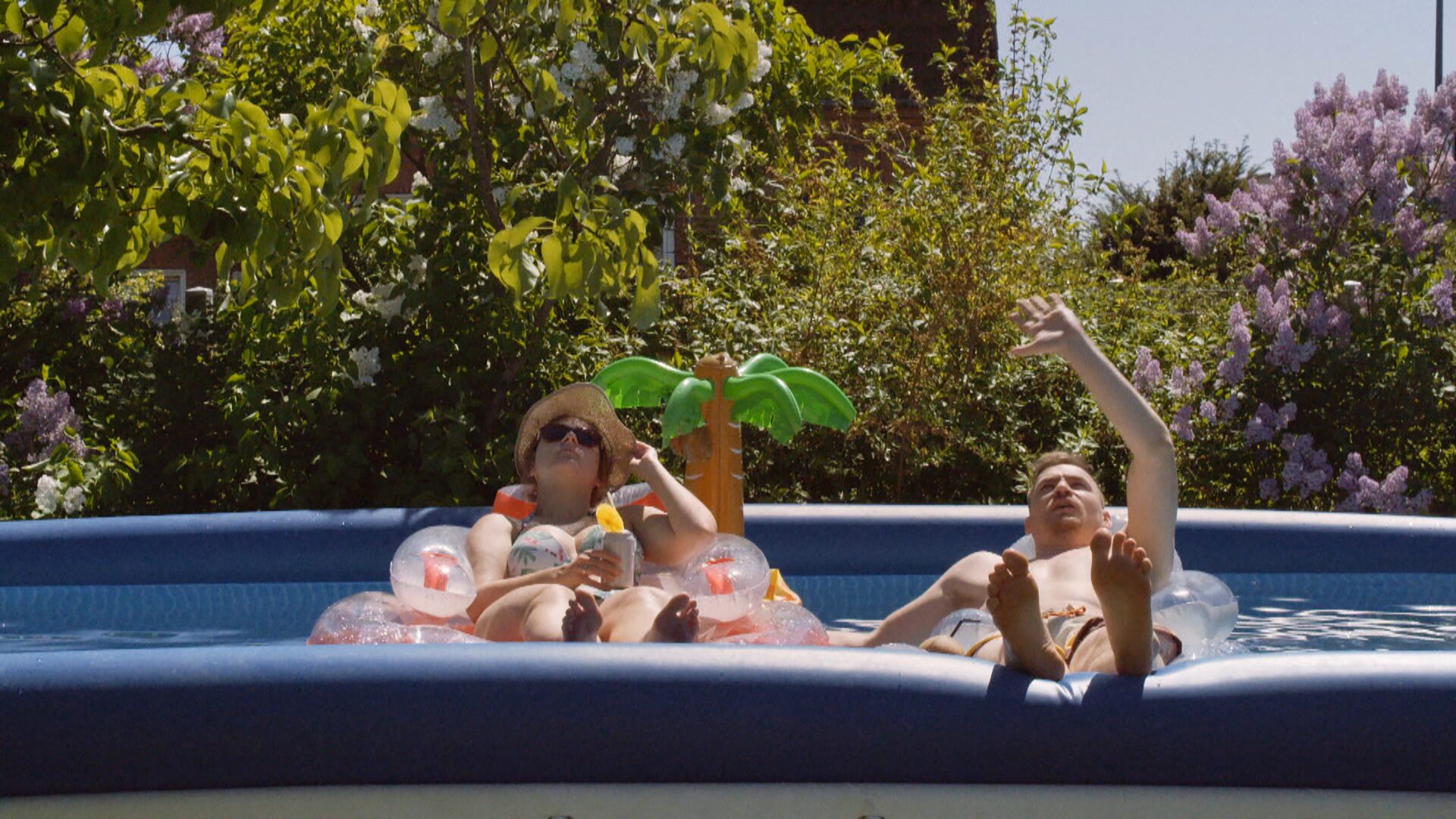 AN ETERNITY OF YOU AND ME

A touching and humorous tale of gender roles and two people’s struggle to fulfil their dream of having a child – with the director herself in the female lead.

Albert and Sanne live in a house with their cat and chickens in the backyard. And more than anything, they dream of having a child. So they give it a try, and have already started preparing to become parents. But nothing much really happens and they have to resort to fertility treatment and artificial insemination. As if taken from the myth of Sisyphus, Albert and Sanne roll one stone after another up the side of the mountain, only to see them roll back down just before they reach the top. But Sanne is also the film’s director, and takes us along for everything from gynecological exams and doctor’s appointments to negative pregnancy tests and marital conflicts. ‘An Eternity of You and Me’ is a musical chamber play told in sweatpants about relationships, ingrained gender roles and all the dreams you have to bury – or dig up again – once the fox has been around.

Watch ‘An Eternity of You and Me’ on DOX:ONLINE

March 27: At the premiere you can meet the director at Grand Teatret.

March 29: At the screening you can meet director Sanne This and her husband Albert Wieck Davidsen in conversation with wawa fertility and psychotherapist MPF and co-founder of Videnscentret Fertility Care Tina Sandager, as we talk about infertility, fertility treatment and the relationship between two people in treatment. Moderator: Marie Louise Cramer, vært på podcasten ‘Ønskebarnet’. Read more about the event here. NB. This panel will be in Danish.

March 30th is a BabyBio-event, where there will parents with their babies present. You are also welcome without a baby, but the lighting will be dimmed and crying (not because of the wonderful film) may occur!