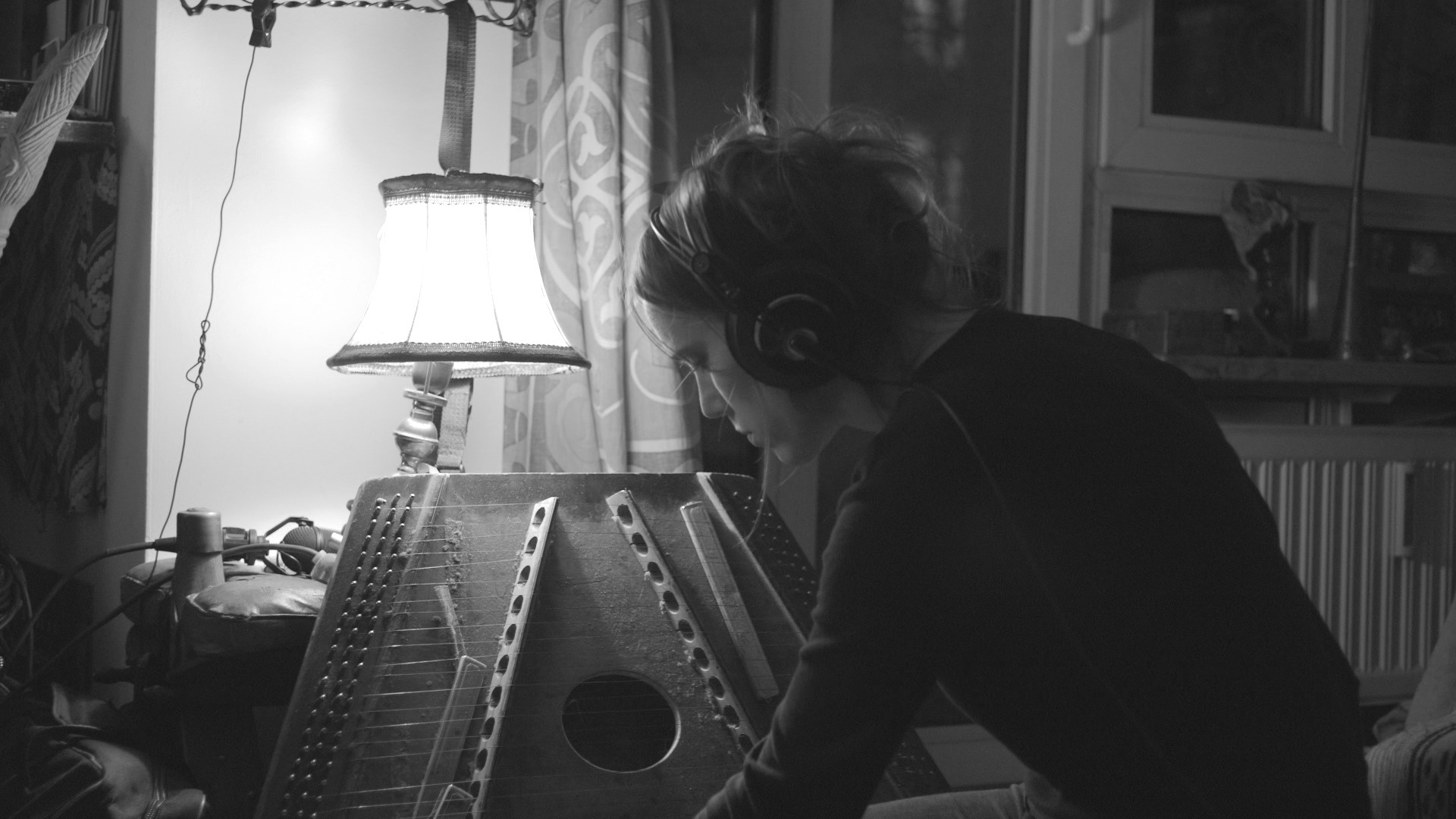 A SOUND OF MY OWN + DREAM DIVER

One of this year’s most original music films is like a virtuoso essay exploring the sonic world of young krautrock musician Marja and the big shoes she fills.

After her father’s death, Marja Burchard becomes the bandleader of his legendary krautrock collective Embryo, and we follow her as she cleans out her father’s archives. For Marja, however, freedom is not breaking with her origins, but creating her own imprint within the universe she grew up in. It is a universal story in itself, but director Rebecca Zehr elevates it to brilliant heights. With playful use of sound, archival footage, trippy animation and a minimalist score, it is as if Zehr and Burchard’s visions of the free arts flow together in one before the eyes – and more importantly, ears – of the viewer. The film deservedly won the prestigious prize for best German documentary at the Dok Leipzig film festival.

A tactile experience beyond the ordinary. Eight fun and touching minutes (that could have been much longer!) in the company of a band with special needs.

Early in the summer, a week before they left school and went their separate ways, the band Dream Diver invites a film crew in to document their first – and last – live performance. The band consists of six boys who have known each other for 10 years at a school in Rødovre for children with special needs. The director is Jonas Bang, who is known in this country as one of the leading music video directors, now making his debut with a highly sensual short documentary. Guided by their teachers Andreas Bengtsen and Rune Hviid, the boys have found the music, and you are invited into a space-sounding universe filled with synthetic bird whistles and abstract dream lyrics.

March 26: Meet the director of ‘Dream Diver’ and the band at the premiere!