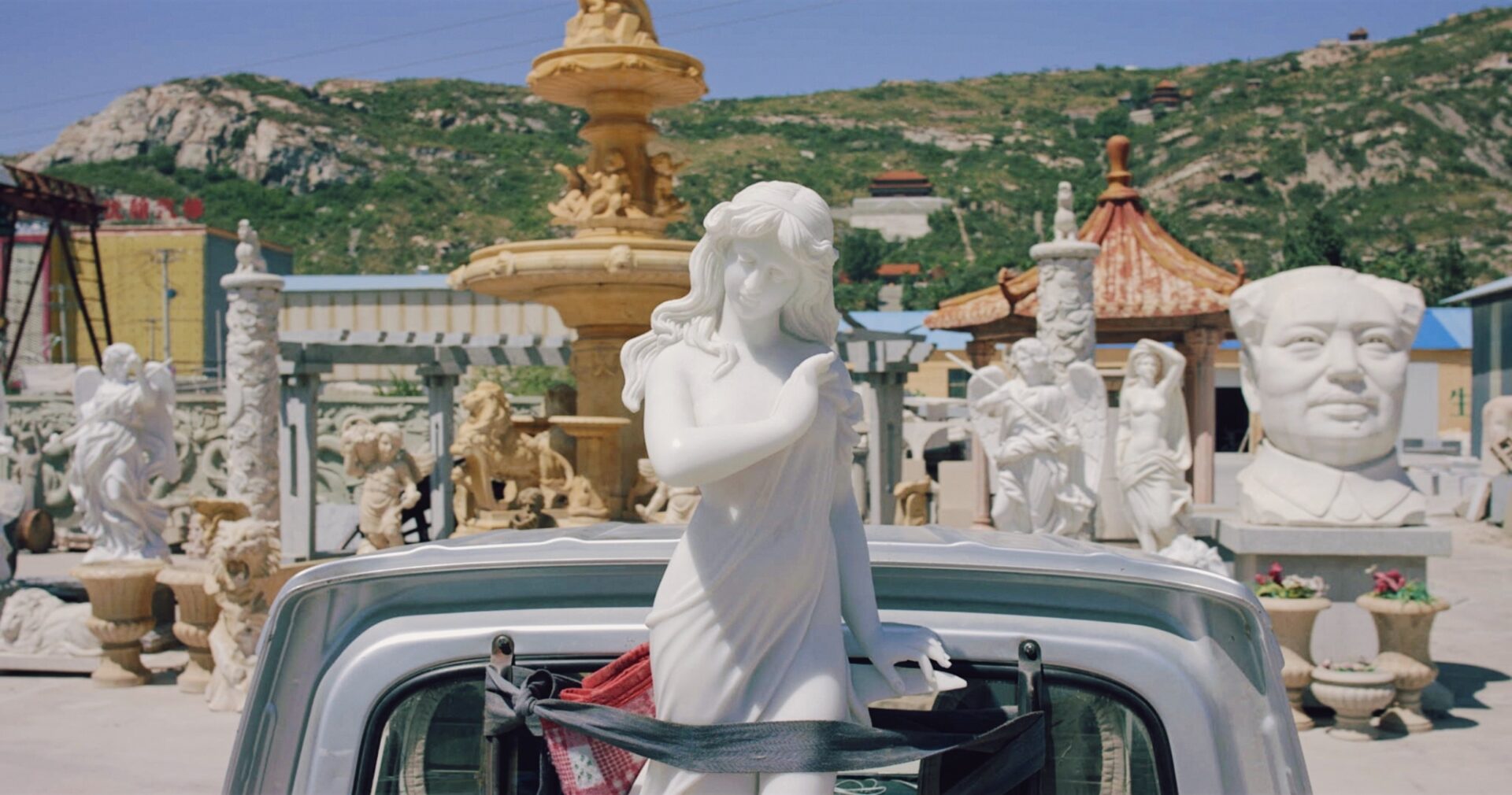 In the marble’s cycle from excavation to refrigerator magnet lies a story of the complicated relationship between China and the West.

The concept is simple: Follow the marble. From an excavation in Greece, the marble is sent to China, where it ends up on cheap fridge magnets, which are sent back to Europe to be sold to Chinese tourists. The circle is complete. Our faithful travelling companions are a pair of Chinese-speaking twins, daughters of a Greek businessman, who act as cultural ambassadors in China. The cultural differences are often funny, sometimes problematic – and always present. Using the marble block as a subject, a visually epic and witty look unfolds into the complicated relationship between the West and the Chinese middle class. A film where the images speak their own language.