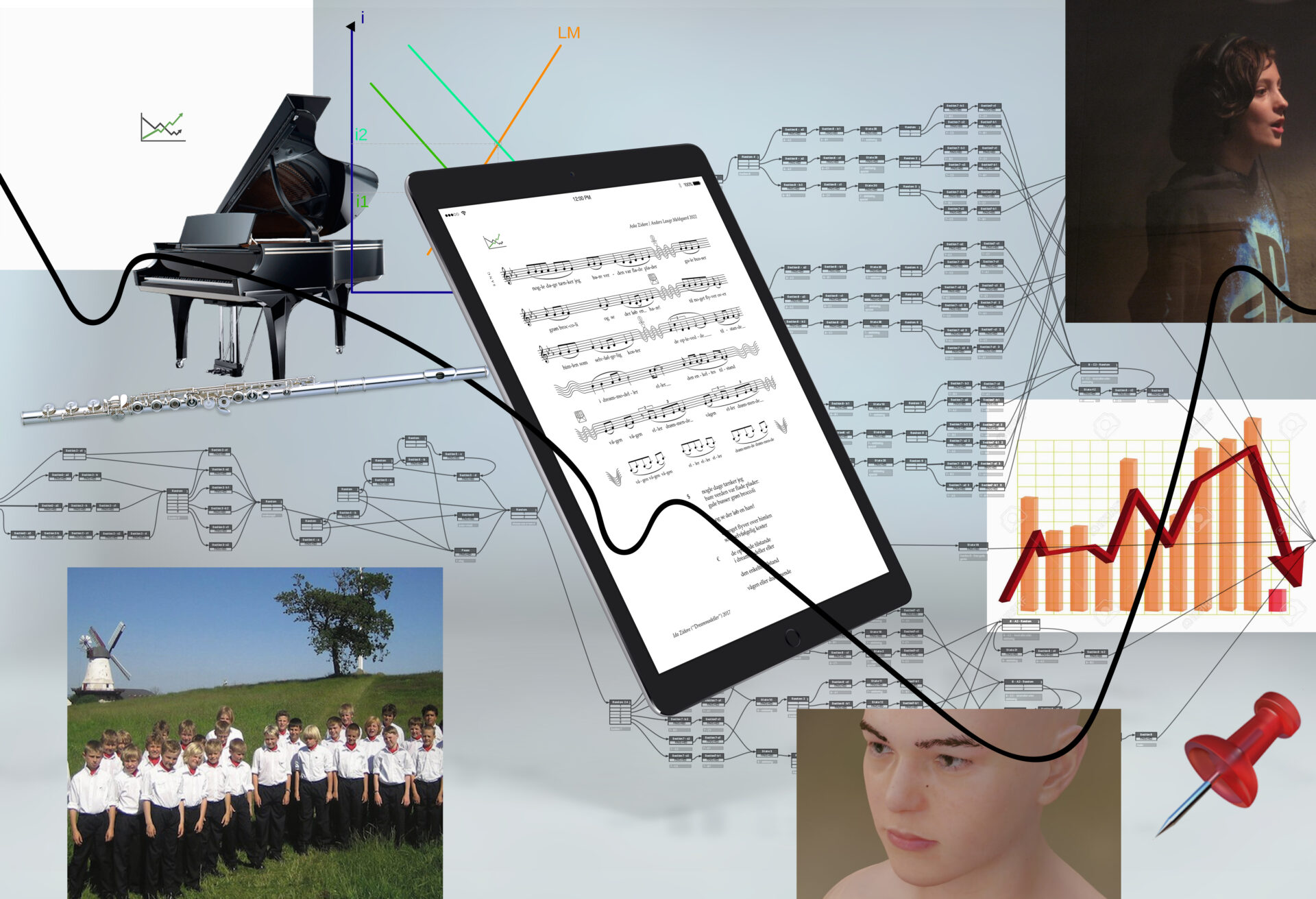 ‘Drengeblå / Sange fra i dag’ is an installation and song cycle by Aske Zidore and Anders Lauge Meldgaard revolving around the theme of economy as a life form and language.

In the installation ‘Drengeblå’ (‘Boyishblue’), the audience can sit down on a realtered church bench and listen to the song cycle ’Sange fra I dag’ (‘Songs from today’). Composed by Aske Zidore and Anders Lauge Meldgaard on a set of rules and logics between the two composers, the songs appear in an ever changing form. The lyrics, written by Ida Zidore, poetically deals with economy as a universal language in an attempt to merge the human experience with the world of finance. The nonlinear songs are presented through a custom designed music player and performed by singers from The Danish Boys’ Choir.Writer: Ida Zidore
Choir leader: Emil Ritter
Singers: Fang, Theo, Jonathan, Liam, Viggo og Nathalien.
Programmer: Nils Iver Holtar
Tech: Christopher McSherry

Where can I try 'Drengeblå / Sange fra i dag'?